Back to ICU.  Seventh room after five nights.

Because they are sure it is blood in the stool, they are trying some drugs to stop the bleeding.  If the bleeding doesn't stop they will look with a camera where the bleeding is.  Now that I have heard it is blood, it seems totally obvious.  His stools look like wet dry blood. One of the drugs needs to be given in ICU so we were transferred.

It was a rough day.  They have Marlon NPO.  He can handle not eating but tell him he can't drink and all of a sudden it is the most important thing.

The fever still spikes but the times in between are longer and longer.

He had to have another IV port put in his arm.  That is painful for him.  He did have three, they removed one a couple of days ago and reinserted one today. They needed to collect blood and Marlon's primary port would not bleed back (give blood from within).  They tried and tried, five nurses, including one from the oncology ward.  Didn't work.  They are still working on that one.  Later they tried the newer one and it wouldn't bleed back either.  All this pushing, pulling, and poking around his accessed areas, drove Marlon round the bend.  Eventually, they did get some from the third IV site but it was painful again.

Before we got to the hospital I was reading The Story of Stuff.  It is about all the resources used to make the stuff we consume and the toll all this is taking on our planet.  I had to stop reading the book because I see so much waste here and I understand but it hurts. 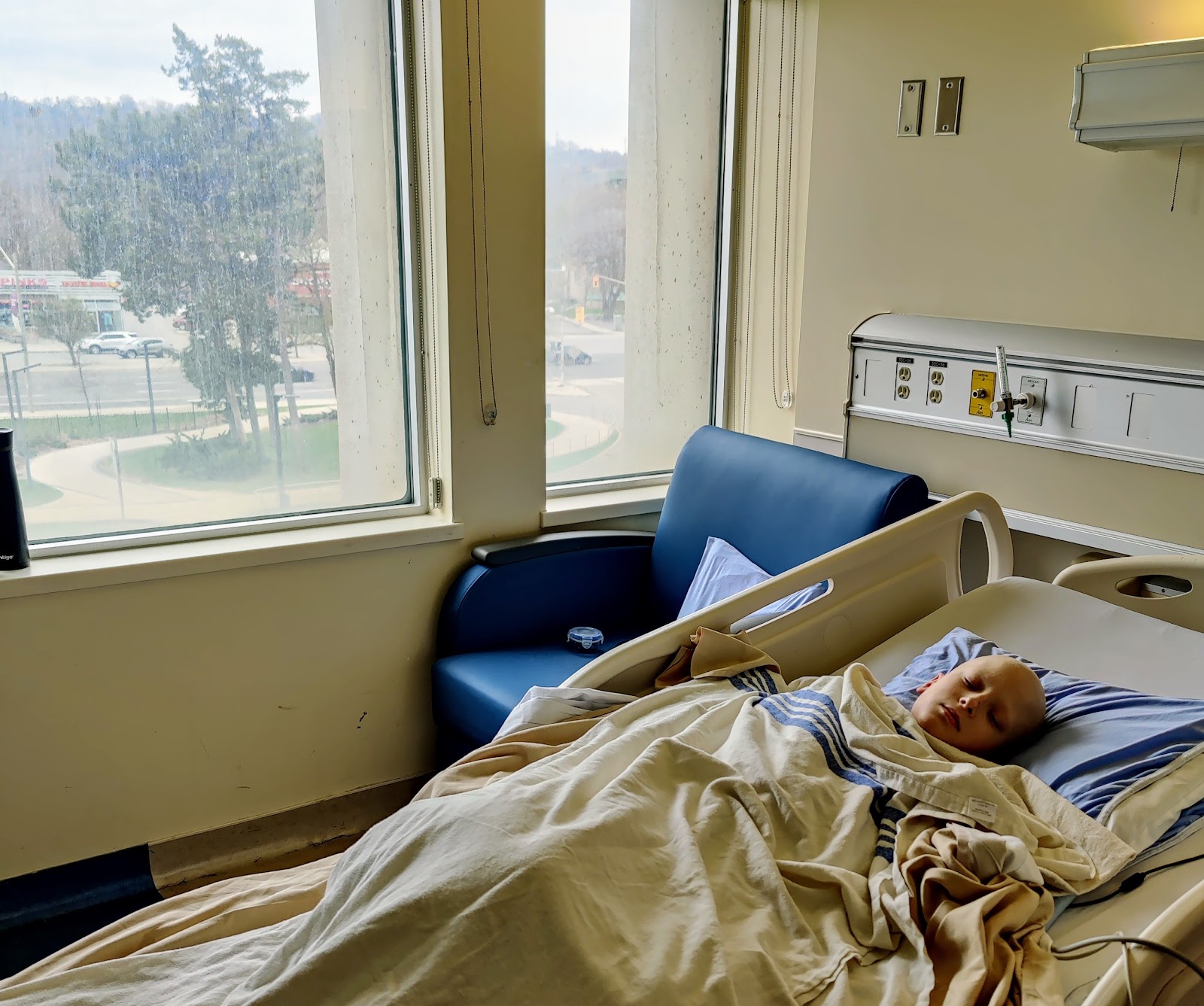 The room we left behind (the chair pulls out into a cot).  The new one has a nice view as well