Just before bed tonight, we were offered a private room.  That brings us to six rooms that have been registered to Marlon in the four nights we have spent in the hospital. This includes two rooms the first night in emergency and tonight is his fifth night.  Not that his roommate was a loud one but it is nice to have that extra quiet.  Last night Marlon woke up several times mostly because he had a pee or poo or needed to.  Frustrating for him that his bowel and somewhat his bladder control are weak.  And with the fact he has diarrhea and is often clearing out once an hour, it is a lot for both of us.  It may finally be slowing down.  The doctor saw his poo this evening, noticed it is almost black, and thought maybe there is blood in it.  If that were the case, it would explain why his platelets are still not rising.  They try different things and have ruled out so many possibilities but still, his platelets remain low.  Blood tested an hour after a transfusion is at 3.  Try something else.

His temperature was still going up over 39 degrees today, however, the bacterial cultures have been coming back almost clear so hopefully, it will stabilize soon.

He still isn't eating much.

He had been hooked up to the Cardio-Respiratory Monitoring since he has been here.  It tracks his heart rate, his oxygen levels, breathing rate, and blood pressure.  Marlon was able to be without oxygen all day and when his oxygen levels dipped below 90, the machine beeps.  His uncle Peter will be thrilled to know that he has been watching his breathing to see what works to bring the levels up and down.  Panting brings them down.  Calm, relaxed breathing brings them up.  He still pants when he gets worked up if the pain or fever flares but he sees how his breath makes a difference. 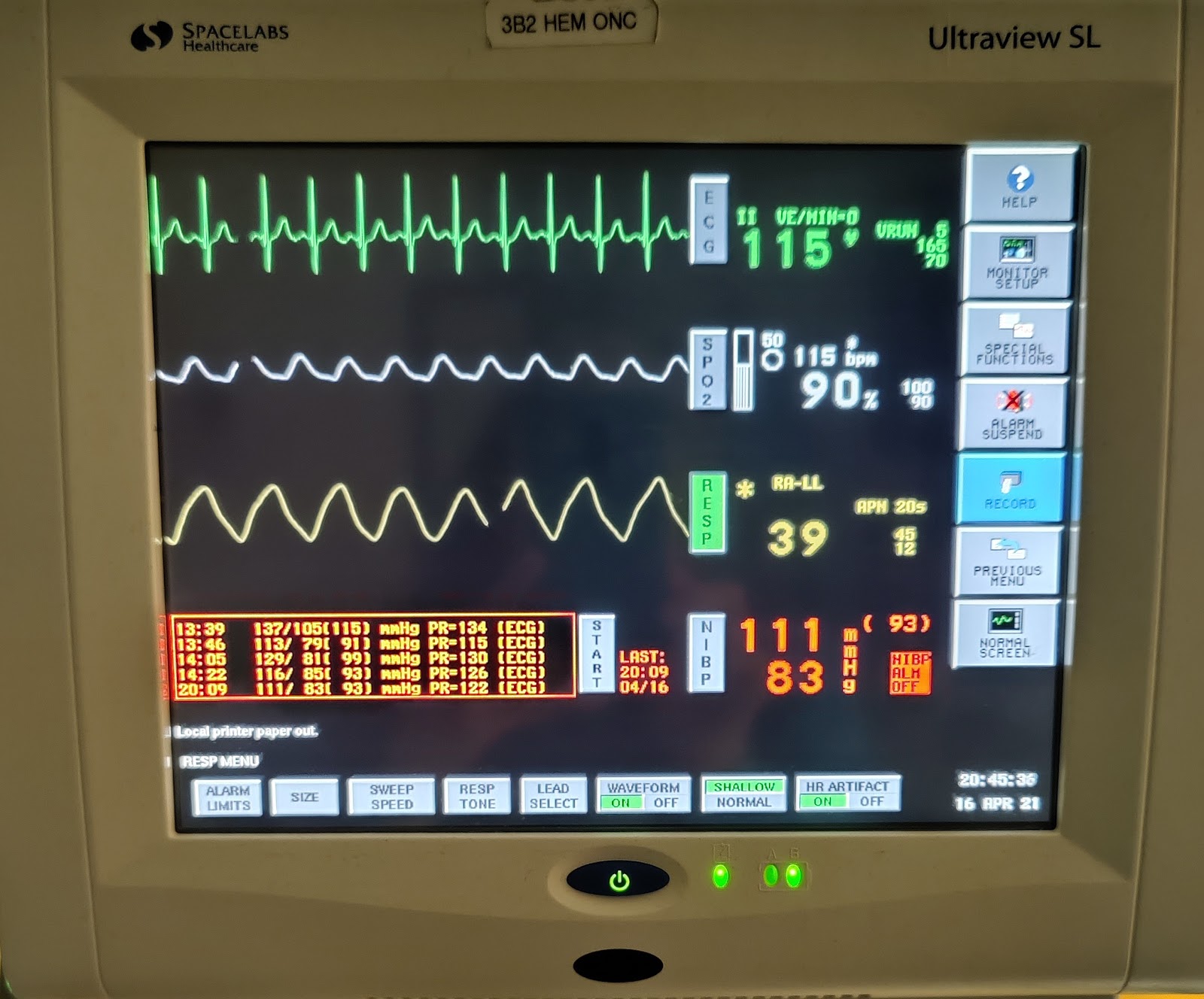 This was taken while he slept and shortly afterward he was hooked up to oxygen for the night.

Yesterday he was on the computer a little, and today some more.  I know he is more aware and somewhat better if he wants that distraction. 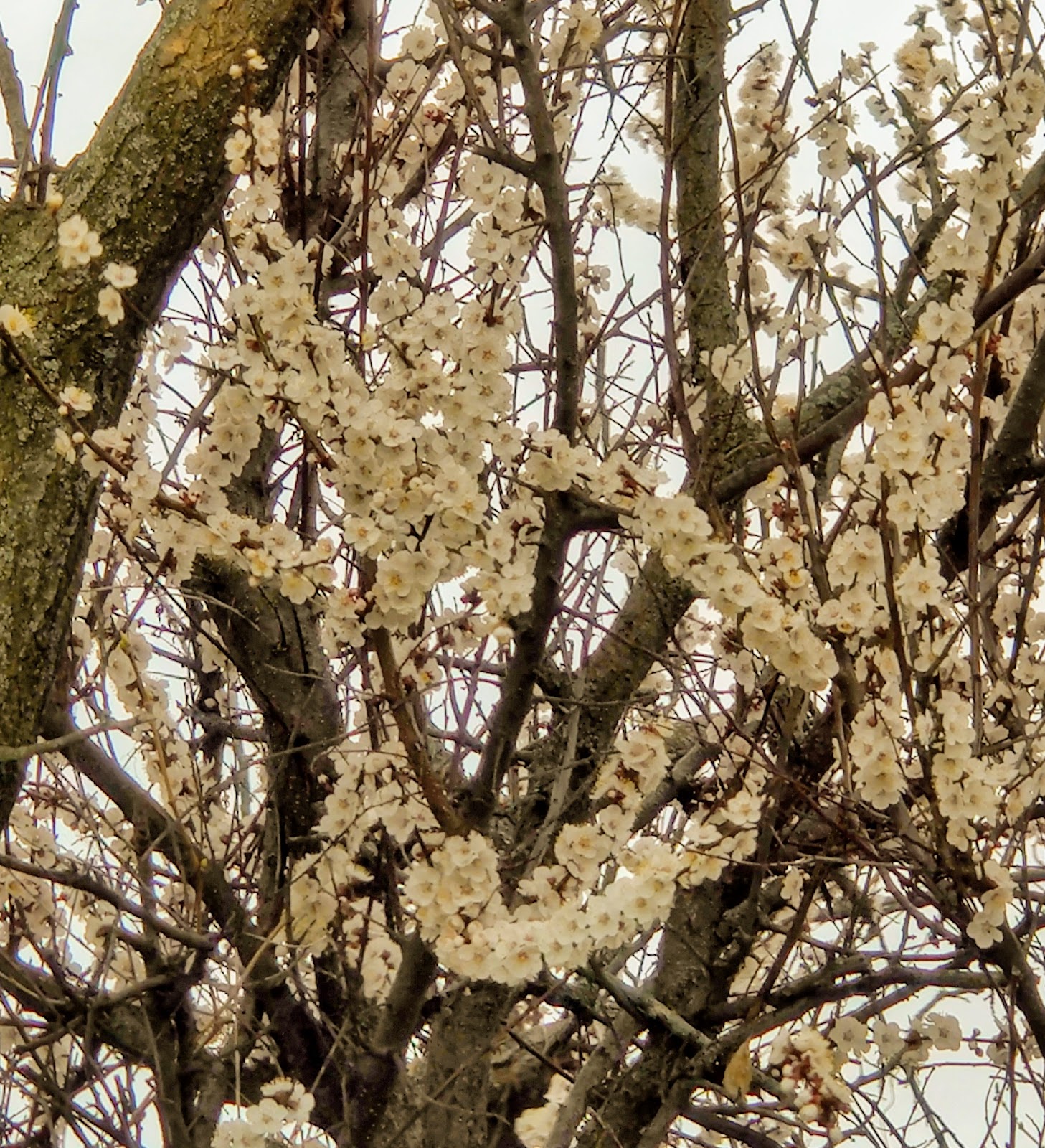 Blooms on a tree!

Overall he didn't feel a whole lot better today and cries often because it is so hard on him but things are definitely moving in the right direction.