He slept during the night but was up every hour.  Add diarrhea to the list.  And also his leg flexibility.  Linsy noticed on the weekend, Marlon was walking on his tippy toes.  He said it was less jarring for his headache.  Now he can't walk normally.  He can't have straight legs with his heels on the ground.  The physiotherapist did come around today.  If Marlon has to walk more than 3 steps he cries.  Very awkward.

He gets tylenol to get the fever down and then when his temperature starts to rise again he shivers.  Uncontrollable shivering can last for an hour or more.  At this time it has been several hours since he has had such extreme shivering.  He just got a room in the oncology ward and when he arrived at 630 pm his temp was 39.2.

The need for oxygen is greatly diminished.  This just since 3 this afternoon.  He will likely need some overnight but that is much improved. Not sure what that bright red, hot spot on his cheek is. 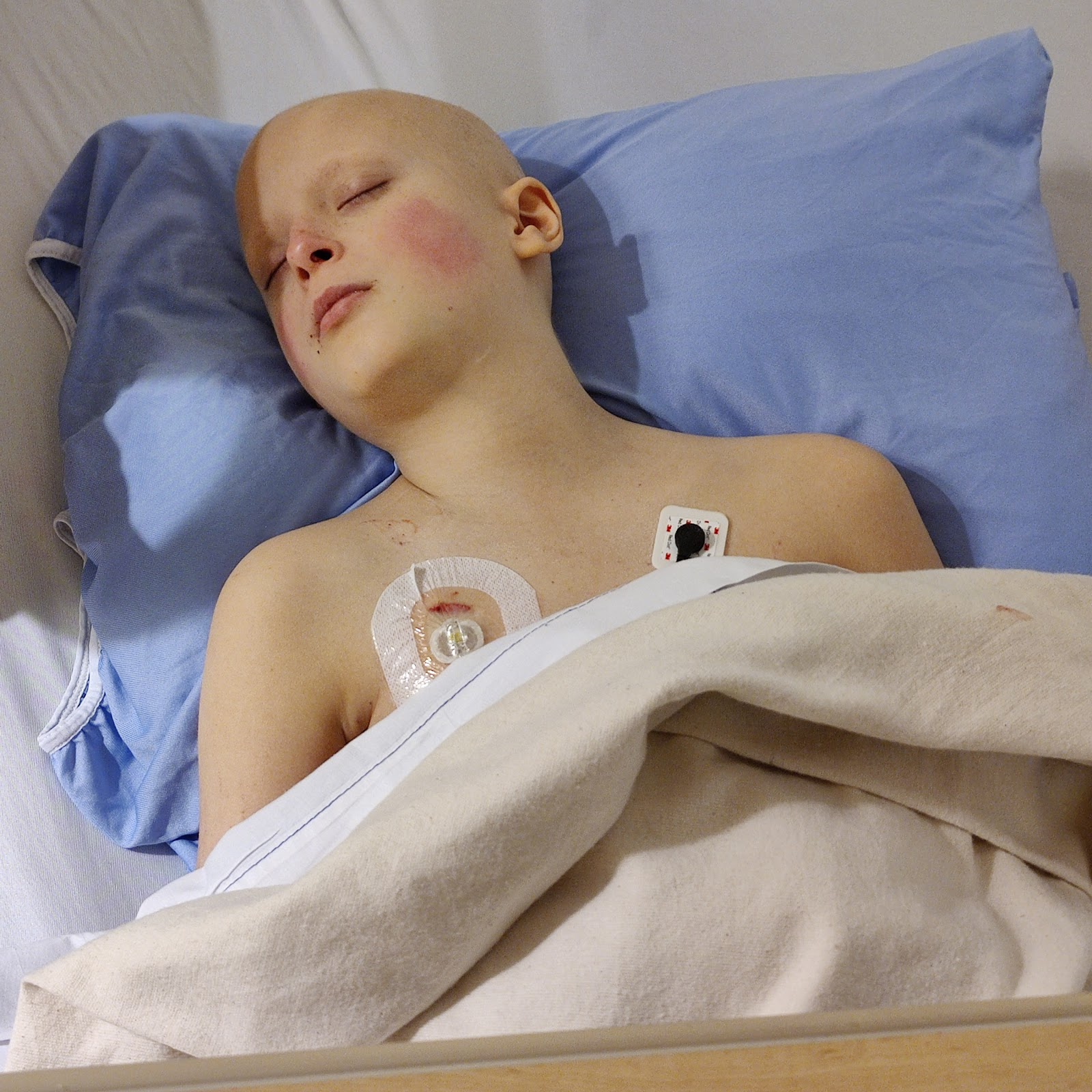 I don't know how many bags of platelets he has had dripped in over the few days.  Probably around 10.  But his counts still haven't gone up enough.  The highest he has been was 9 and needs to be over 20 before he doesn't get more transfusions (normal counts are 150-400).  He has also had several blood transfusions.  Three the first night in emergency.

The infection seems to be in the port.  They know the bacteria they are working with and hopefully, the fever will go down and stay down.

Overall, Marlon is doing better.  Still lots to recover from but we hope the worst is behind us.  If he continues recovering at this pace it will still be several more days before he can go home.