Last night, an MRI was scheduled for 10 pm, so I kept myself up though I was ready for bed much sooner.  Time changed to 11.  With delays, back and forth, and the 40-minute procedure, it was almost 1 am by the time we got back to his room.  He did have fever in the evening.  One coming on pretty strong before the MRI, was one of the delays.  Finally got some sleep but Marlon was crying, restless, and uncomfortable so I was up regularly.

There are still things they are figuring out.  Why he had the seizures.  Could be a side effect of one of the chemo drugs (methotrexate, the LP).

He has had several platelet transfusions but his blood counts are not rising enough.  Still spiking fevers so they need to get the infection taken care of.  He is also still on oxygen.  They have lowered it but he still needs it.

Only when he was a newborn, had he slept more than he has the last 2 days.  Actually, it is kind of like that.  Sometimes crying and moaning, sleeping, not always soundly.  Probably worst sleep was at night.  Darn!

This afternoon though he did have several hours awake, not necessarily all by choice.

He will be transferred to the oncology ward once a bed is available.  At least a step in the right direction, getting away from ICU.

This afternoon, he finally had something other than water.  A few sips of milk and then smoothie. Otherwise, the only thing he has had since Monday are the occasional half spoonfuls of ice cream to get pills down.

He has had an MRI which showed effects on the brain which is why he had the seizures. The neurologist came by today with a computer to talk to us about it and show pictures of M's head. He has had two ultrasounds, both looking at swelling to his port area and to rule out blood clots.  The cat scan to rule out internal bleeding.  And ECG to check his heart. And I can't even count(nor do I want to) all the antibiotics he has had pumped into his system. 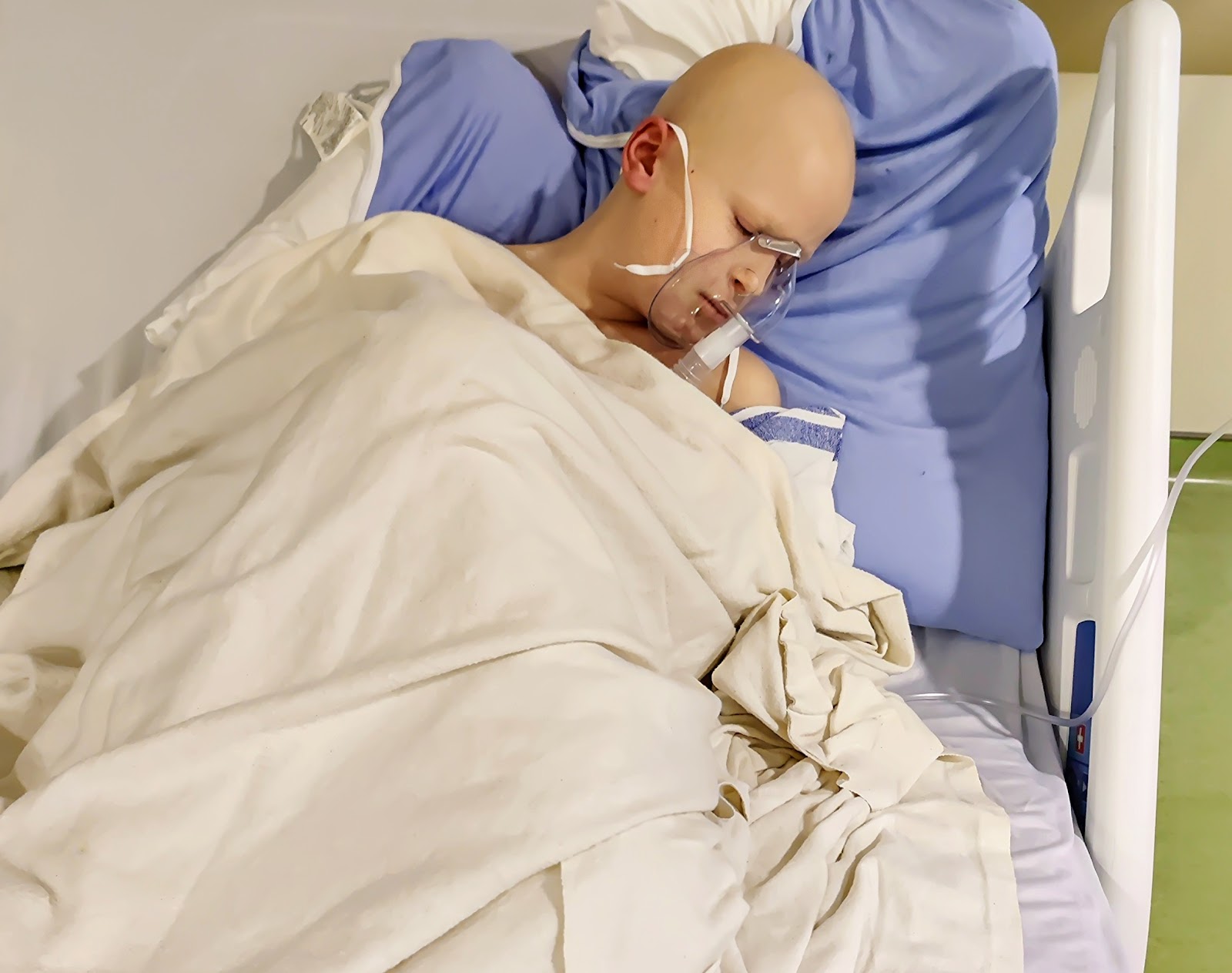 He prefers the oxygen mask over the nostril inserts.  Even to have his smoothie, he would sip some, put the mask back on, rest, and repeat.  Took a while to have a little.