First off, thank you so much for the support and kind words in response to my panicked message this morning.  Much appreciated.

Marlon is so much better than he was this morning.  While he was not great during the day yesterday, he is still not that good.

But he can talk and do more than cry and moan.  At first, it was a very muffled yes or no.  Now he can string words together and be mostly understood. The fever has eased up.  Compared to how I felt this morning, wondering if would live, I now feel confident he will recover from this.

They found a bacteria in his blood and think it may have been a sort of septic shock.  Because his head hurt so bad, there was concern it may have affected his brain but his thinking is still strong.

He mentioned Projectile Protection.  This is a minecraft enchantment that anything that is thrown at you does half the damage.  Marlon implied he had that.

There is swelling around his port so he has an IV in his left arm near elbow, and another on his right hand.

In the night they were putting the blood in through the IV and it wasn't working properly and there was a mess of blood.  That sight added to the tragedy of the scene.

I was told off for taking this picture last night.  It is part of the team outside the room while there were more in the room working with Marlon. 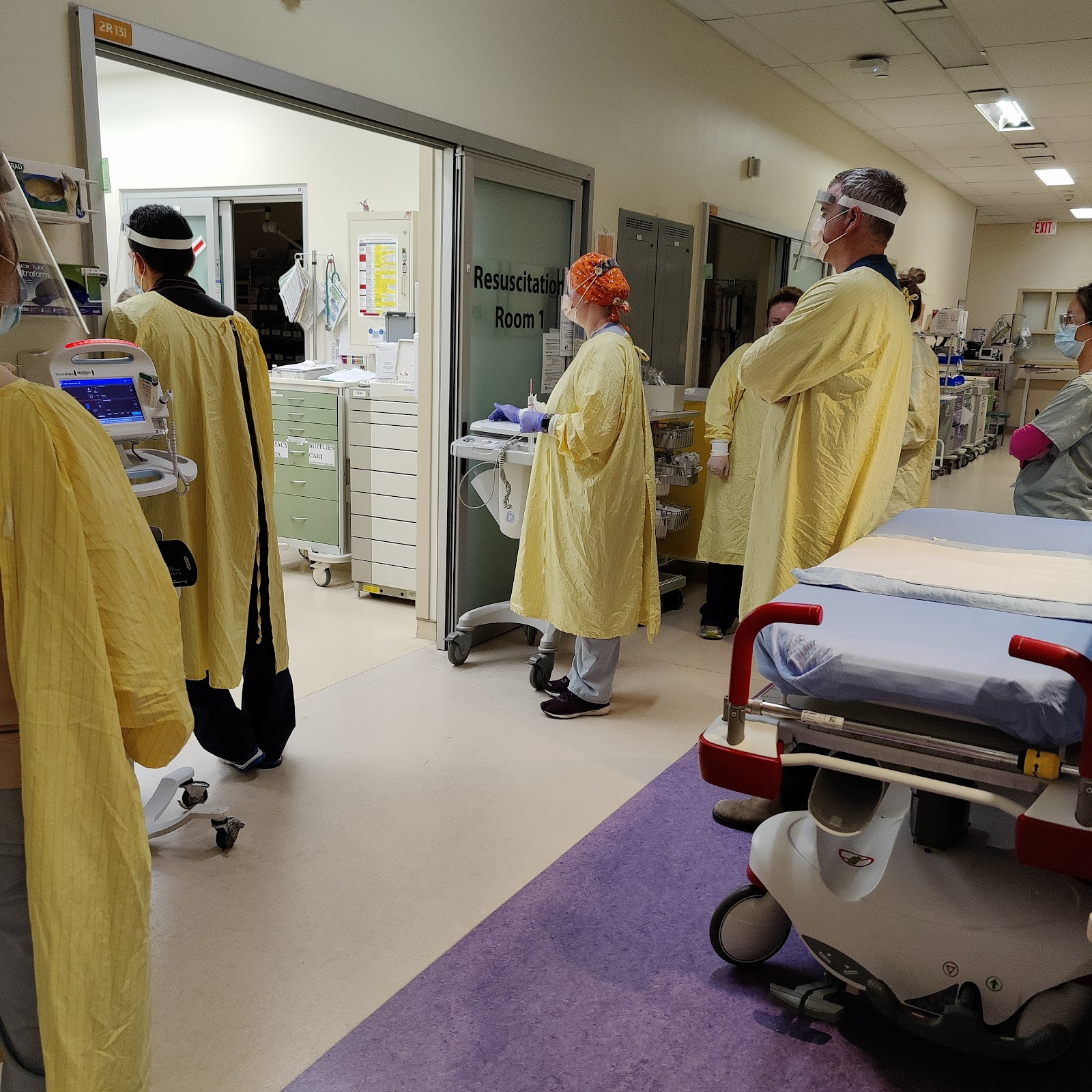 When I looked at the clock, just before 2 this afternoon, I realized just got much we had gone through in the past 12 hours.