I was in bed, trying to fall asleep, and heard Marlon move.  Since he has been so sick I haven't been sleeping well, concerned about him.

His mouth sores were really bothering him and he had a fever of 38.4.  I knew we would go to hospital at that time.  No waiting till morning.

At 1 am we were on our way.  He was tired and uncomfortable but seemed ok.

When we first checked at hospital his temp was 37.9.  His platelets were at 1 and other counts were off too.  He was to get platelets and blood as well.  During the platelets, his temperature was climbing and so was his heart rate.  They were giving him large quantities of IV fluid. His fever was at 38-39.2 and then he started moaning.  Not communicative, just moaning, crying. I was sitting behind him helping to keep him up.  Doctors trying to figure out what to do.  Then his whole body went stiff and rigid and his head rolled to the side.  This was around 5 am. They rushed him to the resuscitation room.  Hooked all sorts of things onto him.  The fever peaked at 40.6.  He was not very responsive.  I was freaking out internally. Externally, I was moving on the spot.  They took him for a CAT scan to make sure no internal bleeding.  During this time I paced around and around.  Chest X-ray.

His heart rate was still high as was his temperature.  They checked all sorts of infection possibilities.

The best I could get out of him was the moan.  It would go on for long periods of time. I stood by his side whenever I could.  At times there were more than 10 people helping him.

Around 830 we came up to ICU.  Still the only communication is the moan.  Eyes closed, body mostly limp but sometimes tensing up.

Now he is resting, the oxygen is constant, and they are still trying to get his temperature down (a light, cooling, air mattress on him) .  It has not been below 39 for hours.

Scariest night of my life.  I was feeling I just couldn't take any more. They still don't know.

Would it have been different if I had gone in the afternoon?!?  Oh, the guilt, the internal kicks, and torture. 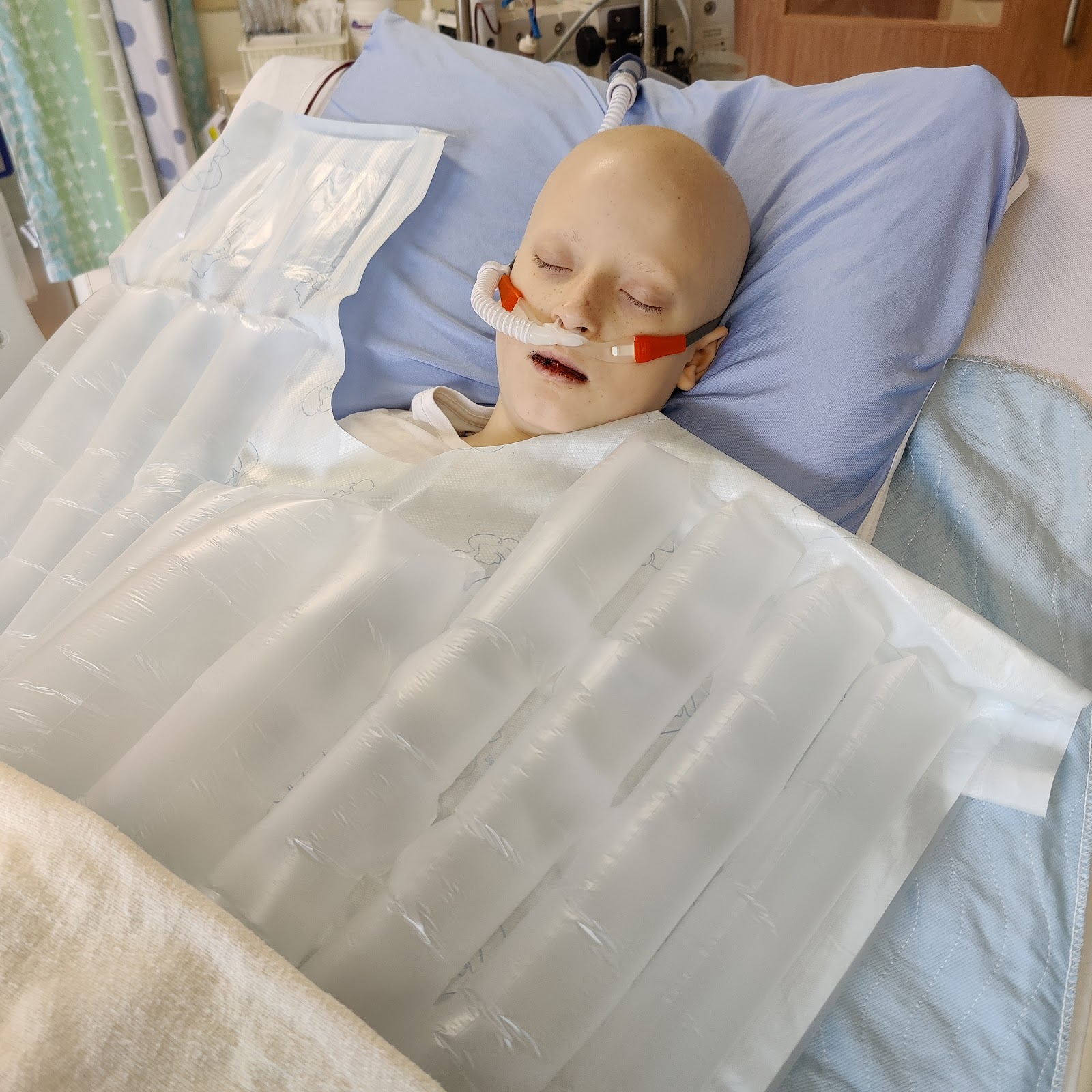