The cat woke me up this morning as he decided it was time for the household to wake up.  Then Marlon told me he was nauseous and his head hurt.  I felt he was warm, took his temperature, and saw he had a fever, 38.4.  Because he is neutropenic, that likely means a trip to the hospital.  I left him in bed and got ready for the day, getting things together with the thought we may be away for a couple of days.  An hour and a half later, at 730, I took his temperature again and saw it had gone down a bit.  Still high but no longer considered 'urgent'.  I checked again, a ½ hour later and it had gone down a little more.  I called the hospital and left a message for the oncologist on call.  I never did get a call back but all day I continued to monitor his temperature.  Because I didn't want to hide a fever, I didn't give him any tylenol for his headache which was raging.  This meant he moved as little as possible.  Any movement made the pain worse.  He listened to podcasts, played on the phone, and watched some videos.  And he did a bunch of origami. 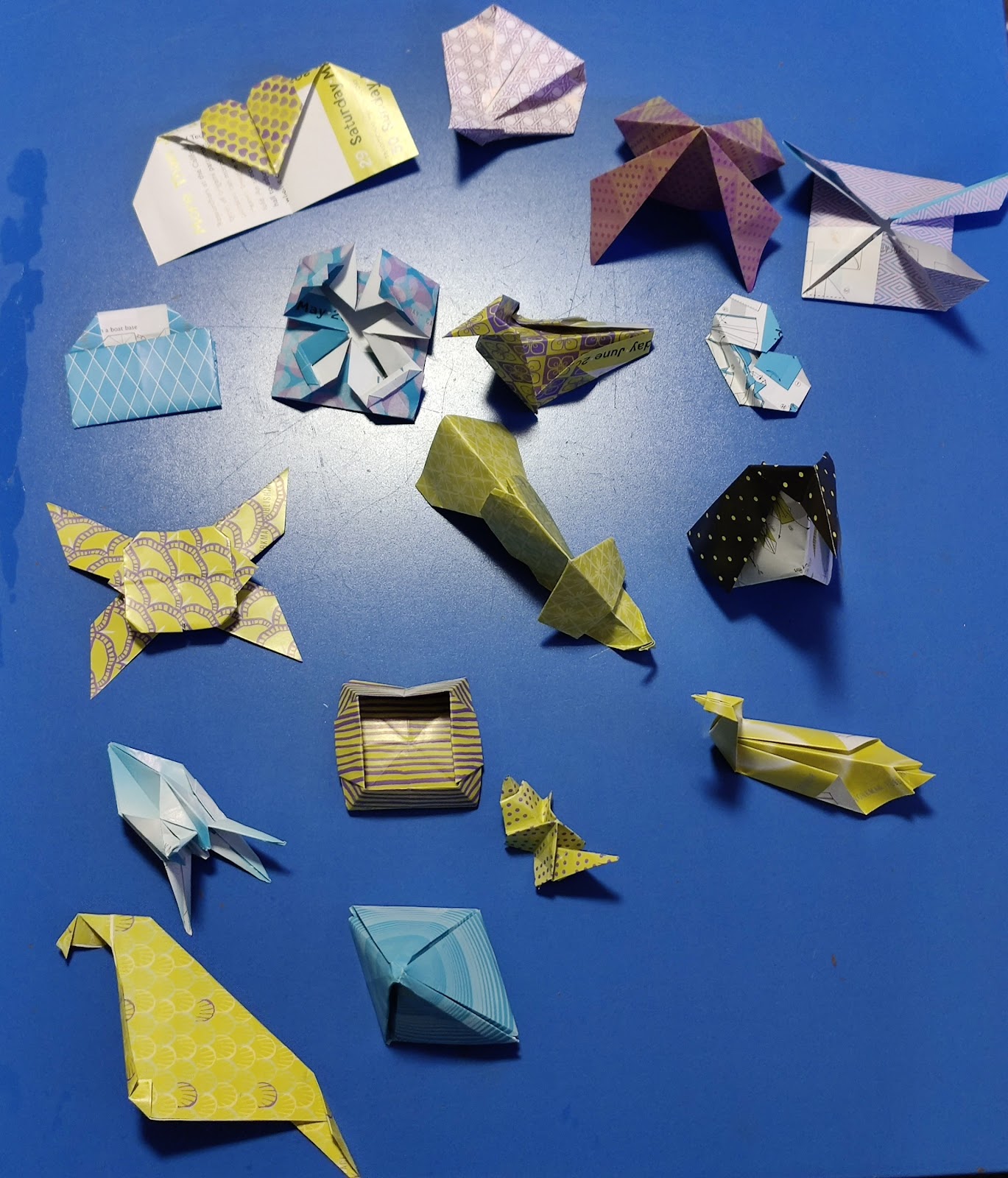 His temperature fluctuated all day between 37.1 and 37.9.  His normal is 36.9 and the last time I checked him as he was getting into bed that is where he was at.  Phew!

I am really hoping he has a good night's sleep and his head is feeling much better in the morning.