The ups and downs of the day.  The first part of the day where he is obsessing about food.  He wrote me up a shopping list and even though I told him I would go later in the evening, he asked several times if I could go pick up the items at that time.  We played cards together.  His energy is high-strung and shaky yet weak and clingy.

The second half of the day he was barely keeping himself together.  Lots of hugs and cuddling.  He was slightly hungry but very nauseous and tired.  He wanted to go to bed early but he didn't want to wake up early.

He said he was drawing a picture to illustrate what his days are like.  I was curious to see what he would do.  A line zigzagged across the page.  Yup, that about sums it up. 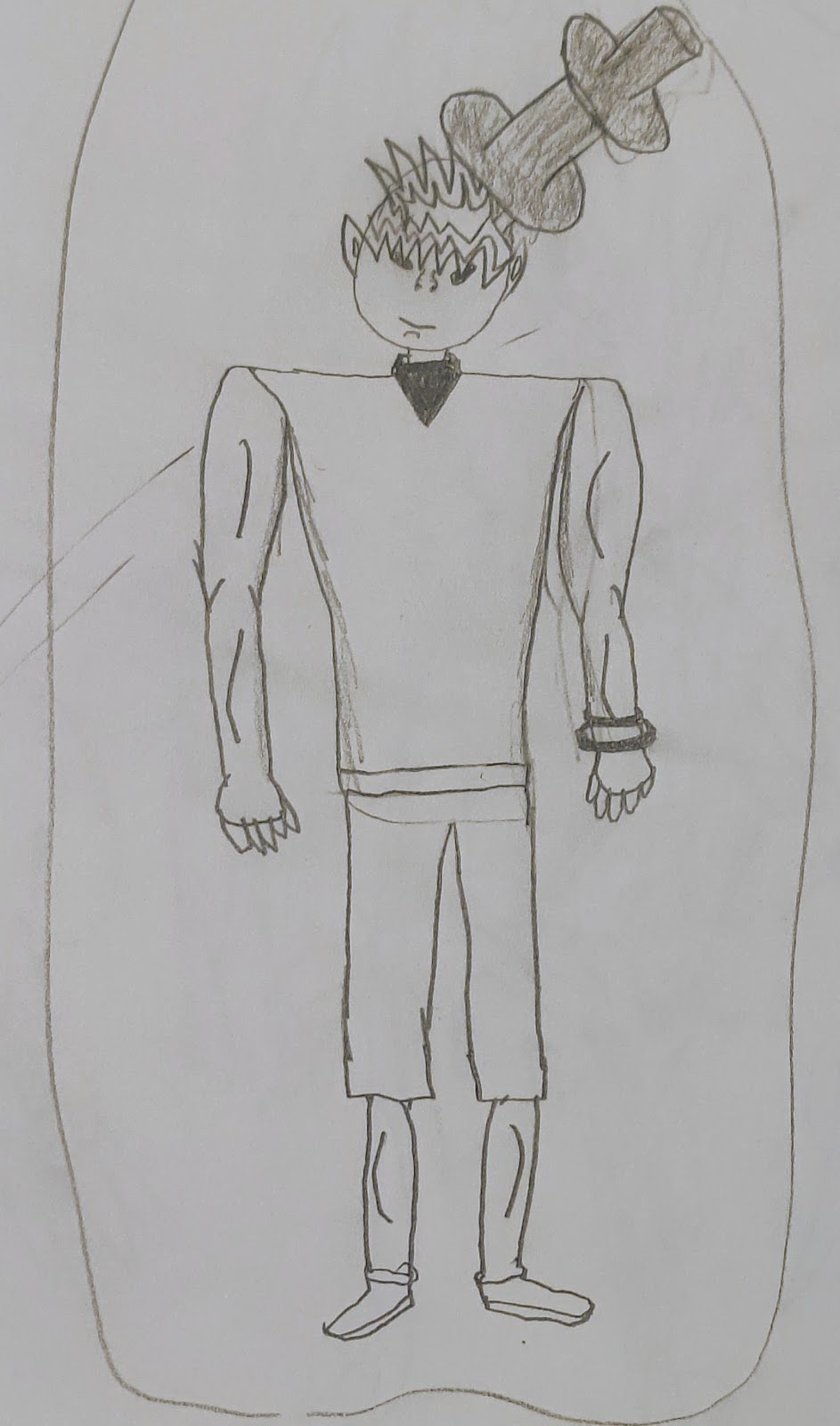