Glad to see Marlon is continuing on an upward trend.

Sleep still isn't the best and he was lying awake in bed for a long time this morning creating a story.  He spent some time typing up his story.  Still not done as he said he wants to write a book.  We'll see.  After typing about a page I asked if he had any paragraphs.  He laughed and said he didn't even have much punctuation, just one period and an exclamation mark.  I told him we will edit it later.

I don't normally buy many books, preferring to borrow from the library.  There were a few books Marlon was interested in that the library did not have, so he got a few new books.  He did a lot of reading today.  With all this reading, he said he is earning time for a few audiobooks too.  I think that is a good deal to have a mix of listening and reading.

Overall, Marlon was pleased with his day and his accomplishments.  He didn't put much into regaining his physical strength, but that will come.  He told me his legs did give out on him again and he showed me the bruise on his knee.  Kinda scary.

I went for an evening walk with Stella.  A nice walk and then we played with sticks. 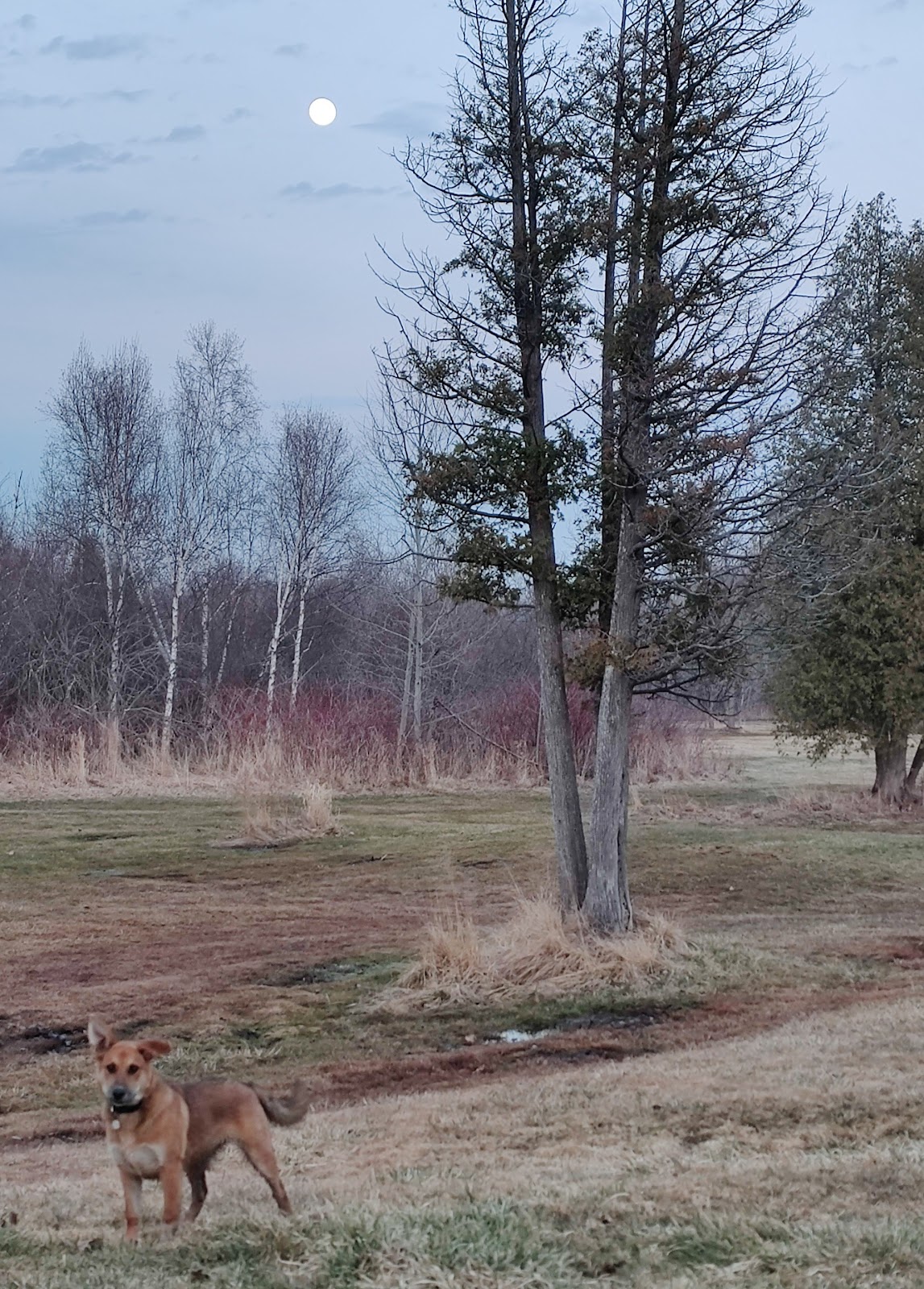 The moon up in the sky