When the doctor saw Marlon she could tell he wasn't well.  The blood counts show him as being neutropenic but not in need of a transfusion.  They accessed him and gave him liquids.  He had been struggling to drink this week.  I feel like I have been nagging him constantly.

The doctors saw he has several mouth sores, and with him being so weak and sick, they decided to admit him.  I was almost in tears.

Marlon hardly slept at all in the night.  He threw up a few times (only liquid) and was uncomfortable and unhappy.  Unfortunately, because he had thrown up, in order to be admitted, he needed to be tested.  So we wait in emergency for the test results to come back.

Barely any sleep, emerg, and then admitted.  Wahh!

I can't believe it has been over 8 hours that we have been in emergency.  The results could take anywhere up to 24 hours.  I feel so bad we are here again.

So sad but hopefully we will be home on Thursday…

Hoping for sleep with my sweatshirt as a pillow 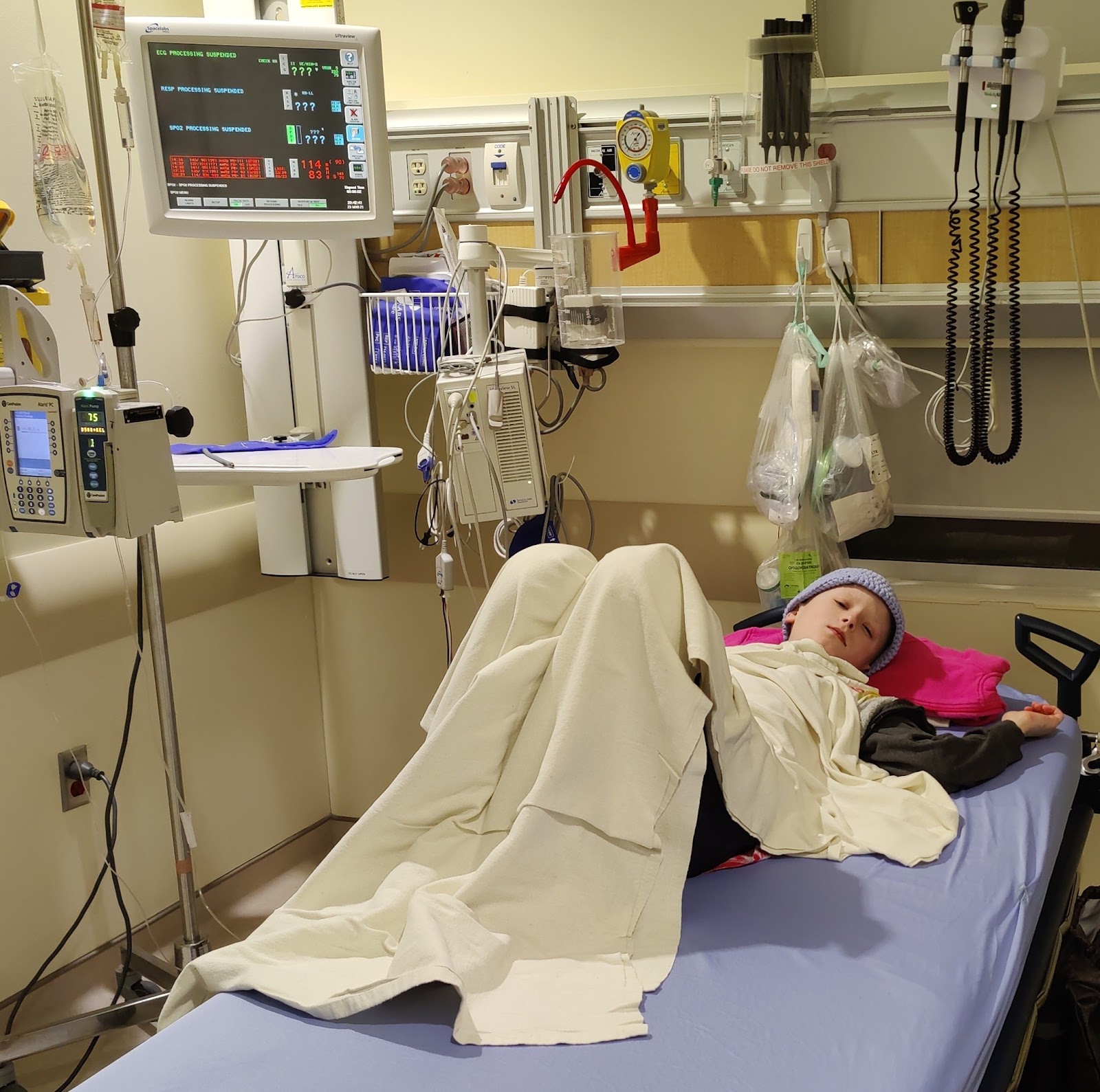