I feel like I have received so many gifts from nature lately.  This morning the woodpecker seemed quite oblivious to me as it pecked away at the pine tree in front of the house. 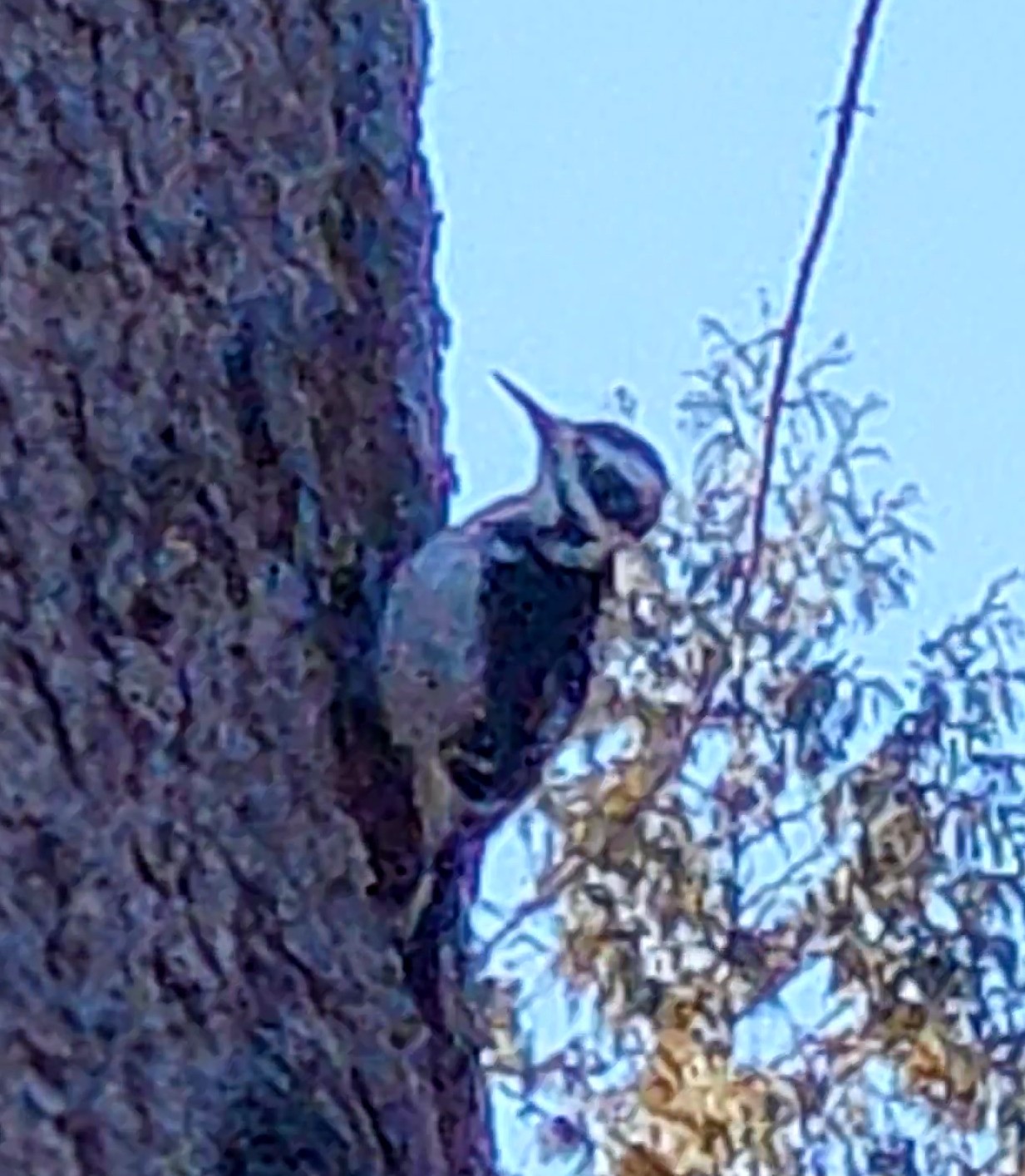 Later in the afternoon, I was admiring the calm water on the pond, not a ripple.  And then slowly a gentle breeze added ripples moving across the water toward me.

I was drawn to this tree, doing a loop on its way upward. 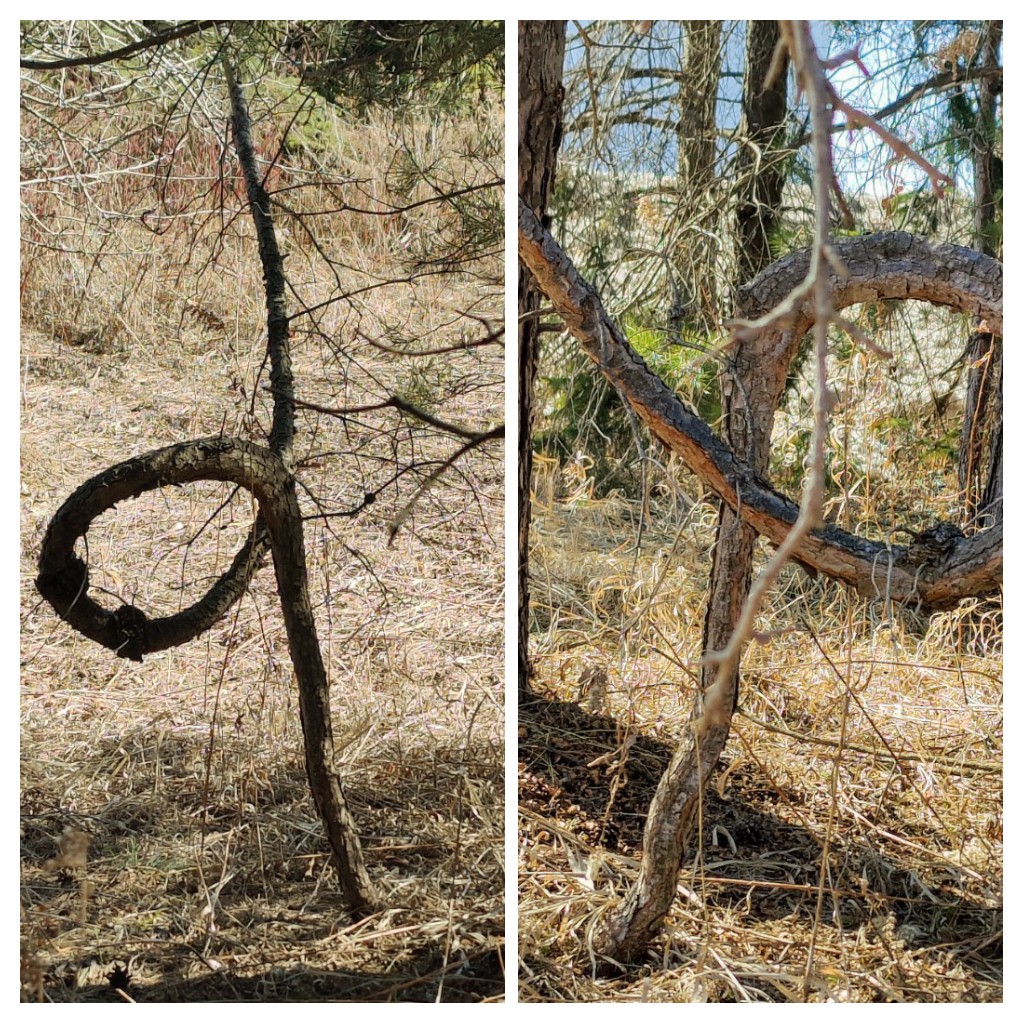 Unfortunately, Marlon did not join me outside.  He did go out a little bit but once again he spent most of his day in his chair.  Tired and feeling icky.

His steroid mind is craving food and coming up with all sorts of foods to eat.  But the chemo suffering body vetoes most food choices.  He is often hungry but struggles to get much down

The library books Marlon ordered the other day were in, so I walked to the library to pick them up and drop off the four he just read.  Before he crawled into bed tonight (and he was barely upright he was so tired), he read through several of the new books.  Glad to see him reading more rather than just listening.