Marlon asked if he could borrow Born on a Blue Day again.  He did not know I had just mentioned the book, he never reads my updates.  Reminds me of when the older kids were younger and I would look at a toy and think to myself that I could get rid of it because they never play with it anymore.  Next thing I know they're playing with said toy.  They read minds.

Marlon woke up in the night, saying his abdomen was hurting so I stayed with him.  The pain went away but has been around occasionally throughout the day.

He put a few books on hold from the library and didn't want to wait so we went to go pick them ourselves.  After looking for a while, the librarian said they were Georgetown books.  I did ask Marlon where the books were but he read it wrong.  We will wait until the books are delivered to Acton and got 4 different books out, greek mythology. He asked me if he could borrow another audiobook once he finished these four books and I told him he could.  So he read a lot today.  He also put together his newest Kiwico crate. 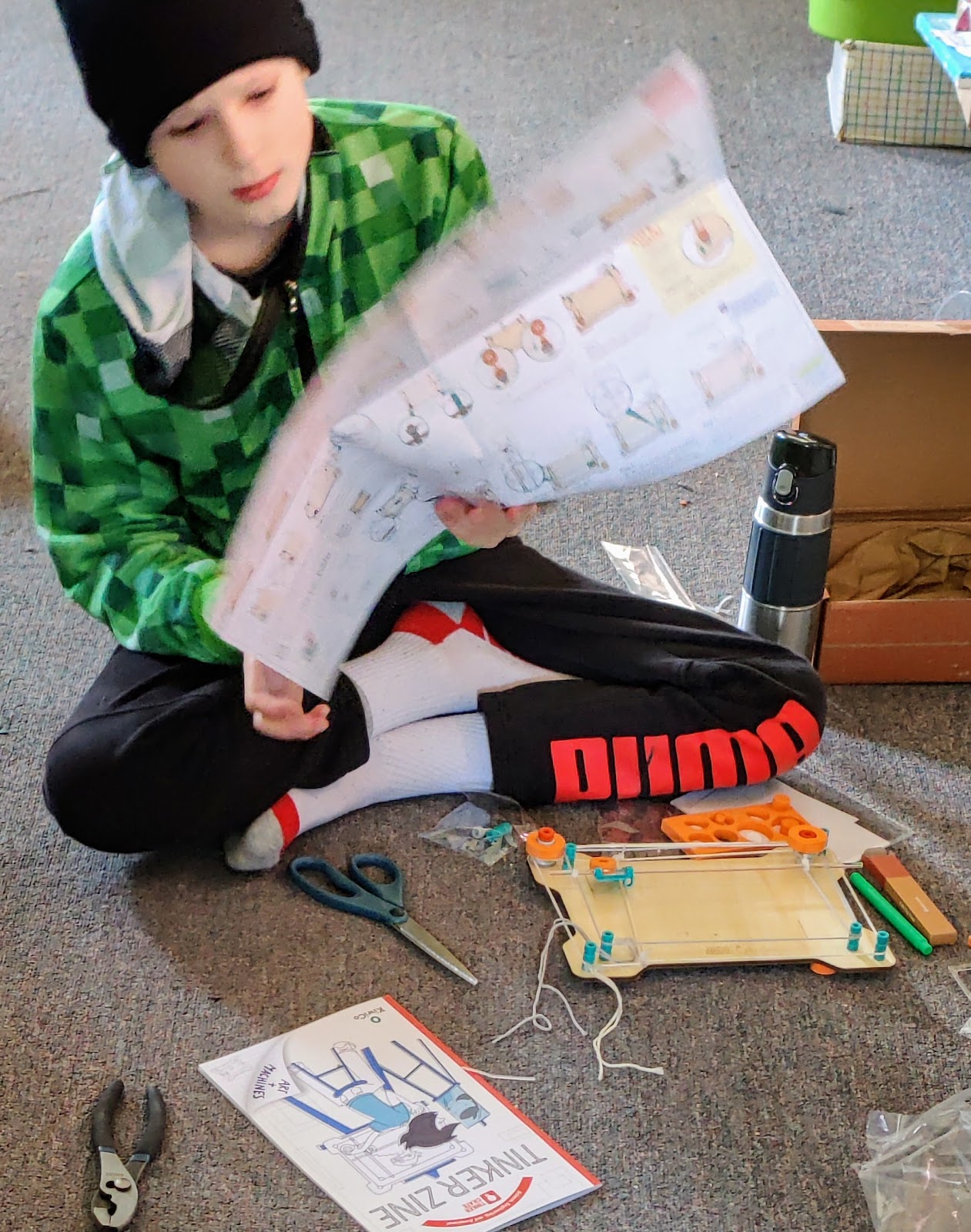 I had him come for a walk with Stella and I, but the walk we did was too much for Marlon.  We were not too close to home and he was frustrated, tired, and crying.  I saw Pat, our landlord, out on his ATV with Chris, the tree guy, and got him to give Marlon a ride back even though we were almost home at that point.  Though this week's chemo didn't hit Marlon quite as bad as last week's, he still has no energy and he looks pretty bad.  He is very pale with dark circles around his eyes.