When we pulled up to the hospital this morning, I was struck by strong emotion.  Not dread or fear.  Emotion, maybe there was some dread, some sadness.  Here we go again.  I guess that was my indicator he would be admitted today.  His neutrophils were 0.9 and they needed to be 0.75 to proceed with treatment.  Marlon was happy to be finally getting this last admission started.  Last admission is nowhere near the end of treatment but after this next step, all treatments can be done during outpatient clinic visits.

He had the day free and we walked around some and he was on the computer a fair bit.  He was to be accessed after 8 pm.  He became emotional beforehand.  He wants a normal life.  I pointed out there are no normal lives right now.  He said a life without chemo.  He is right, that would be nice.  Some tears, he recovered and the nurse came to poke his skin.  He had a patch on which relieves the pain of the poke but it didn't work and Marlon had big tears falling down his cheeks as it hurt quite a bit.  Poor guy.  Treatment doesn't start until morning, just liquids and occasional sodium bicarbonate dripped in for now.

Turns out there is a drug he was not supposed to be taking while the treatment was paused, waiting for his blood counts.  They forgot to tell me not to give it to Marlon.  That could be part of what delayed his readiness.  The doctor was apologetic they didn't tell me.  Oh well.  It's hard to keep track of it all. 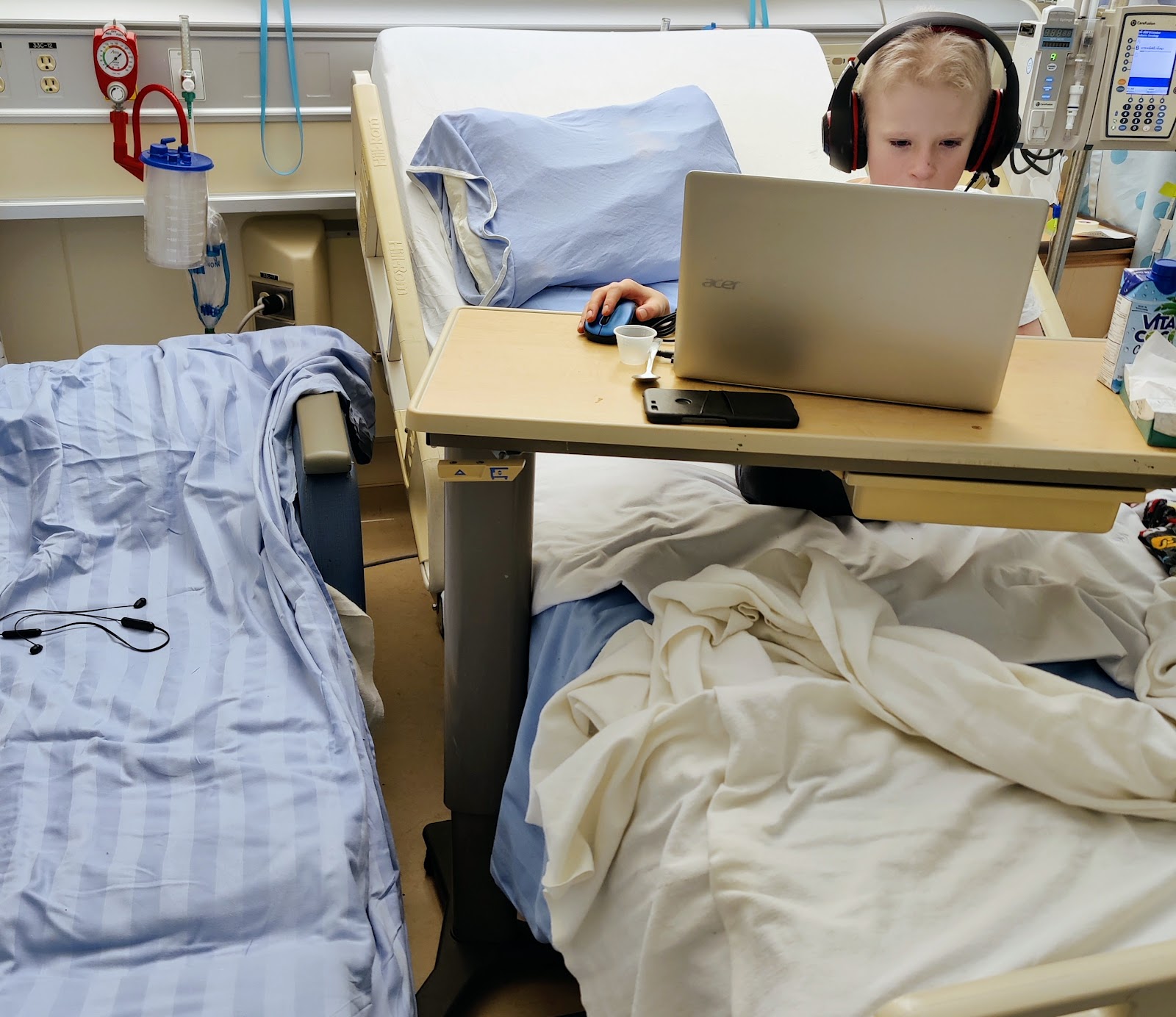