Linsy finished her second quadmester and had no school today so I took her into Guelph to give blood.  After the several transfusions Marlon has received, I am happy if we are able to give back.  Linsy was enthusiastic to experience this and ultimately find out her blood type.

Afterward, Linsy felt fine and we made a stop to pick up a few things at Goodness Me.  Waiting in line, Linsy started to feel nauseous and wanted to go to the washroom.  I put my arms around her as she wobbled and then she fell to the ground. I lost my footing and could not hold up the dead weight and her head hit the ground.  She woke up and I told concerned people she gave blood, no need to call an ambulance.  The last time I gave blood, many years ago, I too fainted.  She came to and tried to walk to the washroom with me holding onto her.  After about 10 steps she fainted again.  At least I was able to let her down more gently.  So shocking though, to see her sprawled out, basically unconscious.  I heard a man say he was with the fire department and he came over and was speaking with Linsy to gauge her.  She was slurring and he could see she was in shock.  He suggested a drink so I ran to the fridge, grabbed a juice, and brought it to her.  A long time we sat together on the floor of the store.  Riley, the fireman from Acton (what are the chances!!), stayed with us, continually speaking with Linsy and explaining some of it to us.  Eventually, she was able to make it to the washroom and I went in with her.  She sat down while I went to get the car and Riley helped us outside.  She did faint again before we made it out of the store.  She lay back in the car while I paid for the groceries, including the juice I grabbed from the fridge. By the time we got home, she felt a bit better but didn't move too much for the rest of the day.  What an experience.  So grateful for Riley's help.  I don't normally do well in this kind of situation and once Linsy was in the car I was shaking and close to tears.  Phew!

Life went back to normal once we got home (other than Linsy lying, resting on the living room carpet).  Mojo was happy to have a body to rest on. 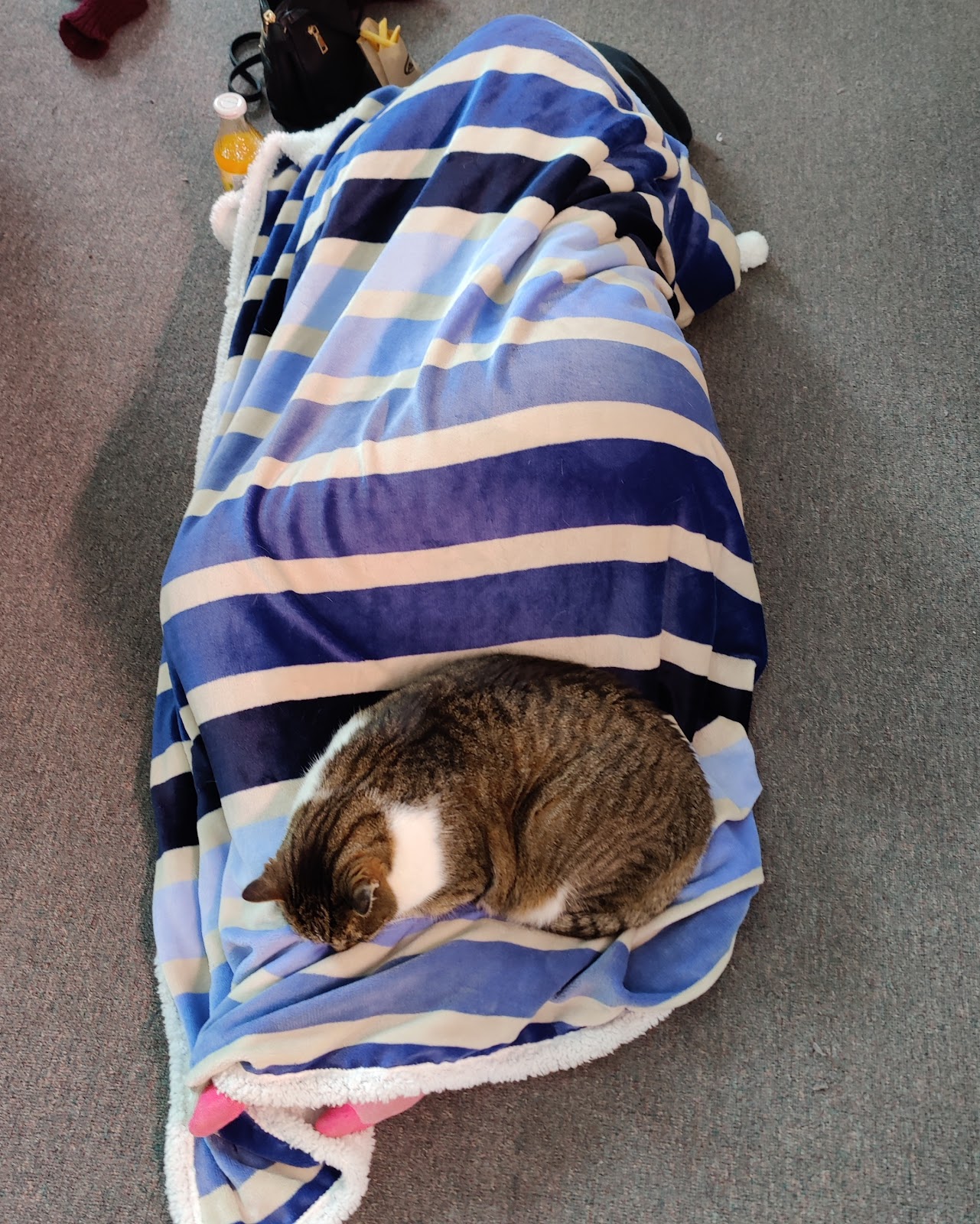 Marlon had a zoom call with friends.  We all played cards together this evening.  Thank goodness Marlon did have a good day and felt fine. 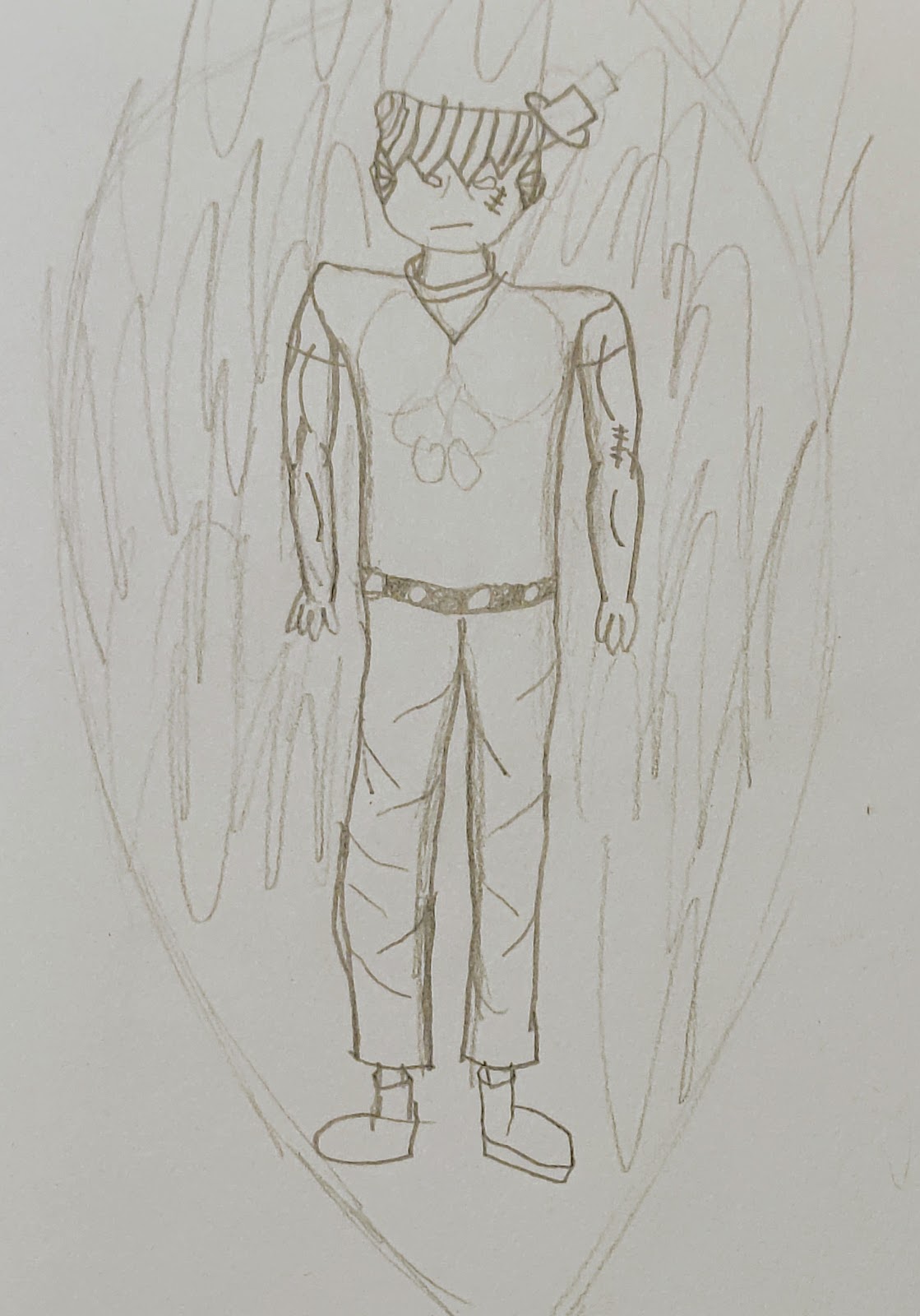 His pictures are similar in structure but he experiments with detail and shading.