Later in the afternoon, Marlon and I went out for a quick walk.  He suggested just a short walk before he goes on the computer.  We saw Josephine, Jordan, and Stella in the field so we joined them.  Just before we saw them we were marveling at the fog and I was saying we should see how far apart we could go before losing sight.  As it turned out, we did go for a decent walk in the field, never lost sight of each other but the house disappeared in the fog.  It was so nice and tranquil, made better watching the dog bounding this way and that through the snow.

Marlon was feeling fine all day until he went to brush his teeth before bed.  He came back to his chair and sat with his container for a long while feeling close to throwing up.  Then he sat and read for a while so had a later bedtime but he didn't throw up.  Phew!

While drawing this morning, he was laughing and laughing at the proportions, feeling it was all way off. 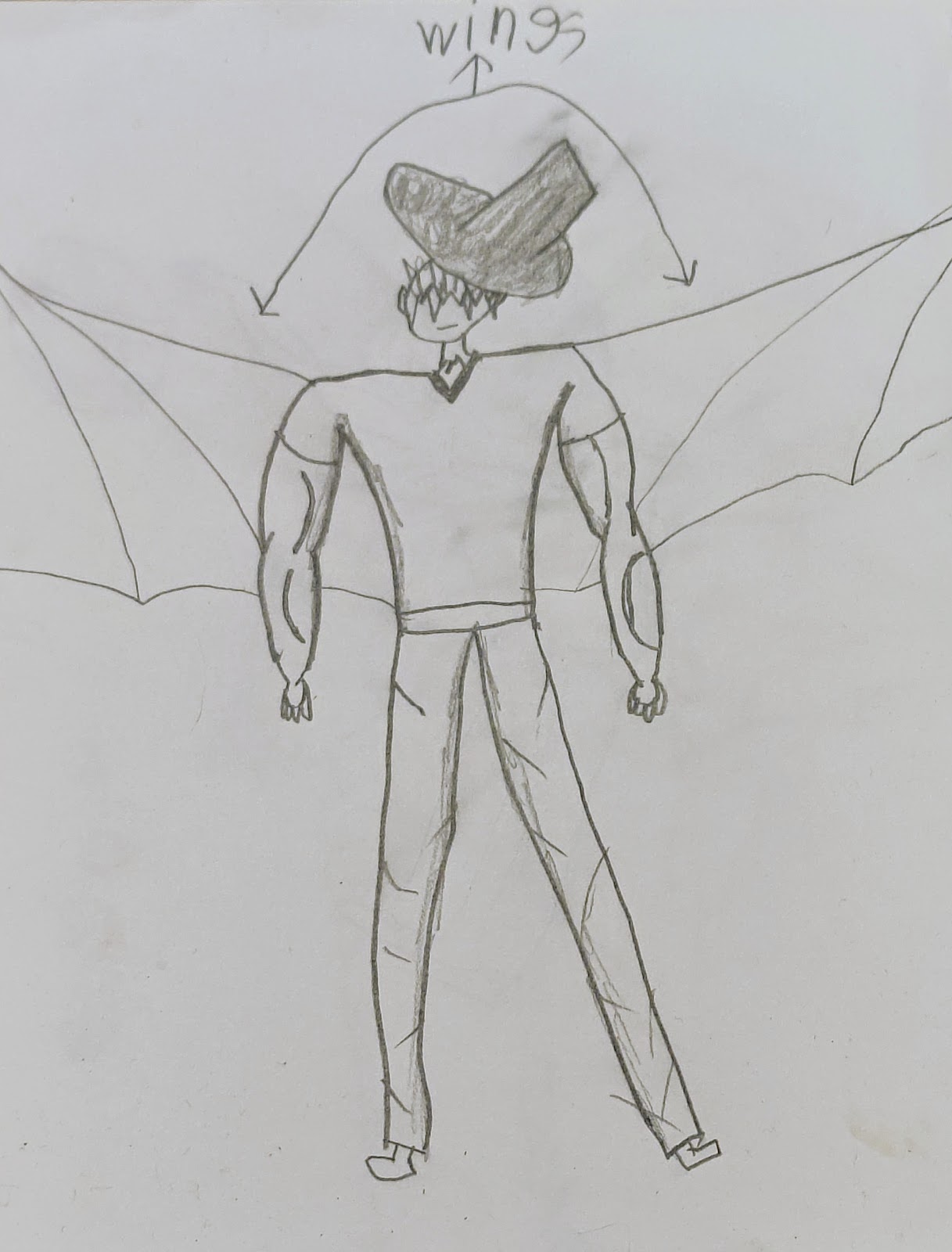