Once again, Marlon's neutrophils were just a little too low (0.7, need to be 0.75, same as last Tuesday).  Feels like groundhog day, the movie!  We get all packed up, prepared for a few days at the hospital and we go home again with no more than a Hi/Bye.  Linsy, Marlon, and I did start watching Groundhog Day this evening.

We wondered if Marlon's evening sickness had to do with getting too excited at night.  So we kept his evenings calmer until last night when he was allowed to play Minecraft with Paco.  He does get so worked up and excited.  And last night he felt fine.  We thought maybe his blood counts would be fine.  So close.  This evening he had minecraft time with Paco and felt unwell after but at least he didn't throw up.

He was supposed to have an echocardiogram tomorrow at 8am which would have worked well if he was admitted.  They will see if it can happen sometime when he is an inpatient.  Free from the hospital until next Tuesday.

I spent some time with Stella today.  She is still quite scared of me.  Her floppy puppy ears may be transforming.  One goes up now 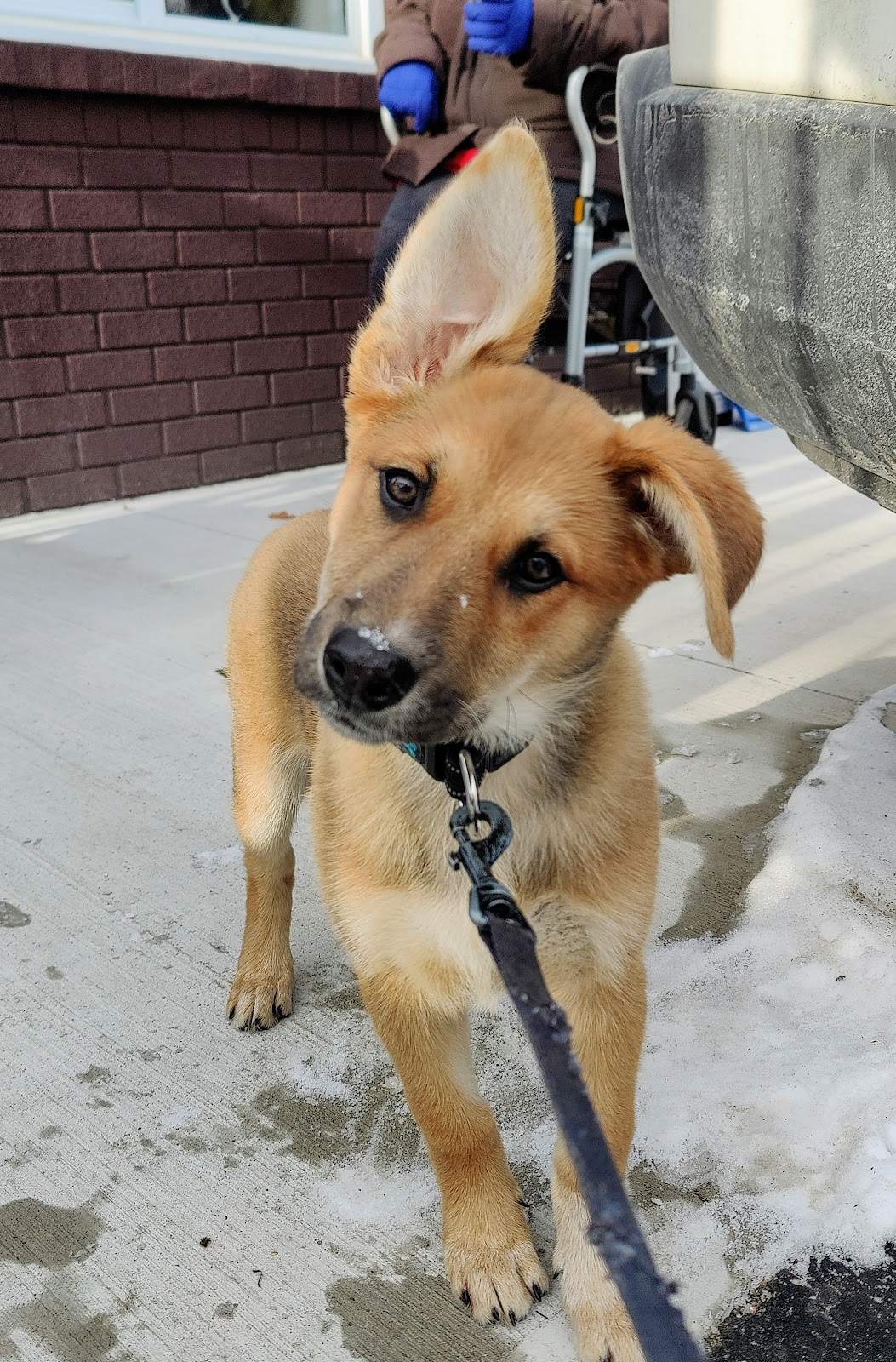