Louise was to come pick Marlon and I up at 10 this morning.  When we saw how fast the snow was getting pretty bad we agreed earlier.  I picked up my phone to message earlier to Louise and saw her question asking what I was thinking.  The visibility was poor, roads were messy and slow.  It took quite a bit longer.  Louise was just going to head straight back home as Marlon was to be admitted.  Shortly after getting upstairs, Judy came waving the paper saying his neutrophil counts were too low to continue with treatment.  Unfortunately, Louise was gone by the time she saw that.  Jane looked into getting us into Ronald McDonald house for a night but they aren't doing short-term stays right now.  I did not want Louise to come back to pick us up so I looked into bus or train and was just about to book a Lyft ride when Louise called and said she was driving back to pick us up.  I felt so bad she had to do that when the roads were so bad.  In awe of her kindness and generosity.  So at 315, Marlon and I were home again.  Back on Friday and assuming his counts are well he will be in the hospital for the weekend.

Last time Louise waited until we got his blood results back before driving home.  This time, because of the weather, and my confidence that his levels were fine, she did not wait around.  Neutrophil counts needed to be 0.75 to proceed.  Marlon's were 0.7.  So close but because he is part of the study the rules are followed.  All his other counts are fine.

Marlon did not eat too much today but once again, at 830 the nausea came on quick and he threw up.  Is it because he got too excited playing Minecraft with his brother until 8 pm? Is it because he walked with me to the road to bring the recycling out?  Or is it just because?  We keep testing to see what works and what doesn't.

I was in a funk this afternoon and had a decent walk in the snow.  Shed some tears and appreciated the beauty all around.  I always appreciate this barn. 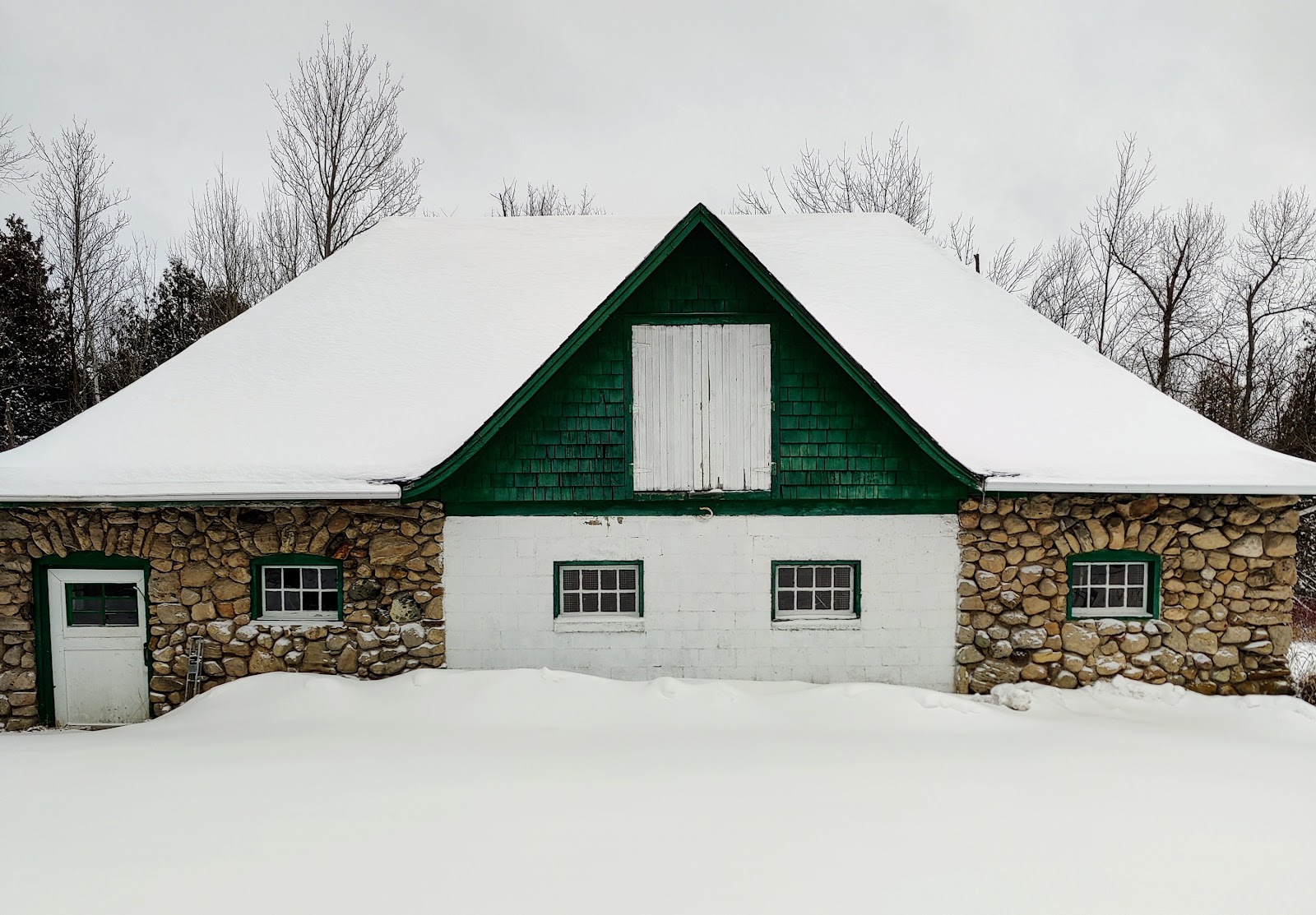