Before we left the hospital on Saturday, we were told to come back this Tuesday. I asked why, saying that last time we didn't have to come in the week between.  I was told it was because the doctor was in clinic.  This evening, when I remembered with a start that we were supposed to go in the morning, I emailed Marlon's nurse and told her we had been told to come in the morning.  She emailed me back to say it wasn't necessary.  A relief.  I know Marlon's blood counts are fine, and there is no reason for him to be seen by the doctor.  Glad to have the week away.

The day we were leaving the hospital, Marlon had asked for a donut but didn't get one, partially because he didn't feel up for it.  Today he asked for one, so being the dutiful mom I am, I went and picked up a donut.  This past week, I have been to everyone's favourite coffee/donut shop more than I have in the past 10 years.  Not a place I normally frequent.  As it turned out, he wasn't able to eat the whole donut.

He happily ate the chili I reheated for supper and we kept him off the computer later in the evening.  That has often been the time he and Paco had a chance to play but then he was feeling so sick in the evenings, I wondered if there was a connection.  He can get pretty worked up.  He was still feeling pretty nauseous and after having been in bed for quite a while, he came very close to throwing up but luckily he hasn't (and hopefully he won't!).  He wasn't able to lie down as that made him feel worse.  I lay with him for a bit, offering the physical support, and now he is sitting up leaning on pillows.

Marlon hasn't had an audiobook for a little while and he got one today so he was more quiet, listening contentedly. 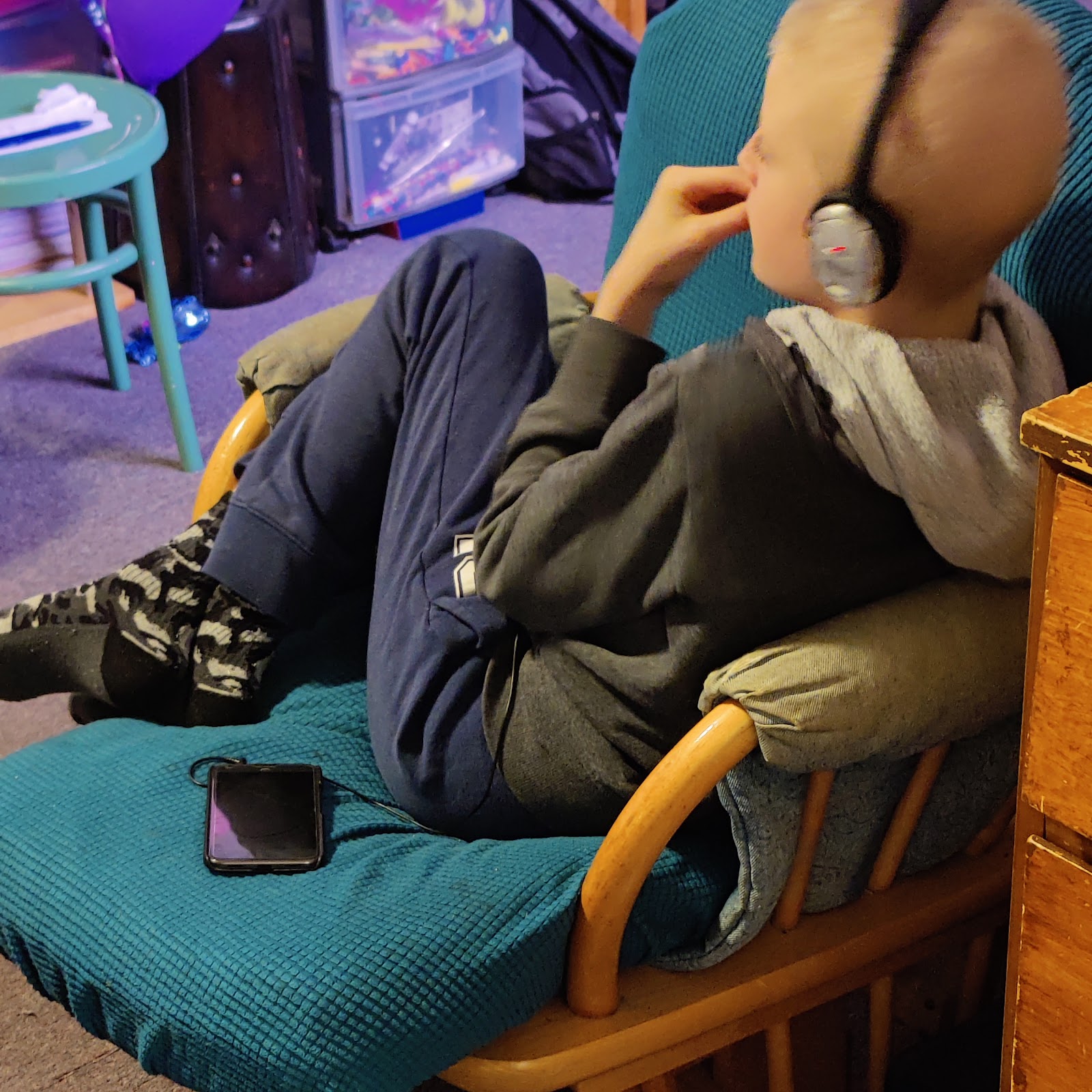