Being in the hospital is hard in part, because we are surrounded by so much suffering.  Parents are there with their kids, doing their best, but so often the kids are in pain, uncomfortable, or very, very sick.  The screams of the little ones.  Sometimes it is just fear.  The nurses and doctors can signify discomfort.  Some know to appreciate the doctors and nurses.

I spoke with the mom of a three-year-old boy.  I don't remember what kind of cancer but it is all throughout his body.  They are new to the journey.  Two and a half weeks in, though she spent a month trying to get answers on what was wrong with her son.  And I wonder how it will be.  Will he be able to recover?

I remember the early days, the questions, the concerns, and the feeling of being in over my head.

Now, I feel more comfortable.  I see how much better Marlon is and how it looks very promising that he will recover and live a healthy, normal life.  Not everyone is so lucky and it hurts.

Years ago, I made an unconscious decision to avoid physical pain.  With that decision, I caused myself much emotional, and then physical pain too.  We can't avoid it.  Pain is a part of the human existence.  Because of Marlon's diagnosis, we are the lucky recipients of so much love and support.  I do hope that anyone and everyone can remember there is always love and support to be had.

Marlon had a pretty good day, not feeling great but all things considered, he was good.  We made paper airplanes and flew them outside but it doesn't take long for them to get soggy in the snow, and for us to get cold without mitts. His Kiwico kit was waiting for him when we got back from the hospital. He put it together. It is a parabolic microphone and can pick up quiet sounds from several feet away.  I made a sound too close to it when he had the headphones in and hurt his ears. Yikes.

He made it through the day until later in the evening when he started to feel sick.  Just before bed, he threw up. I trust he will sleep well and feel much better in the morning.

This painting was not made by one of us but it is one that Marlon chose years ago and I feel the strength of it for him. 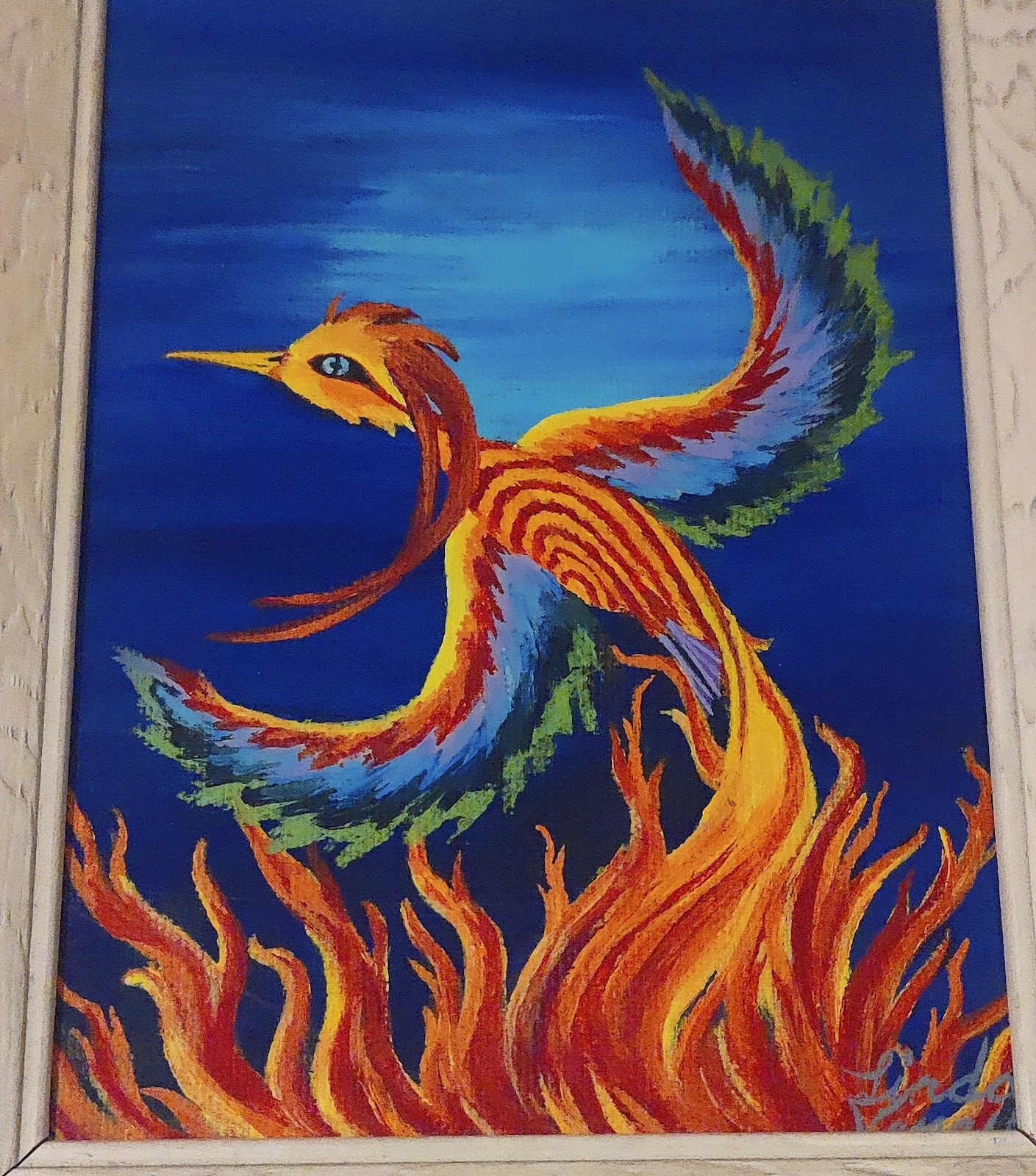