What is put on a table and cut, but never eaten?

A deck of cards

Another dentist appointment for Linsy today.  Hopefully the last one for a while.  The treatment itself wasn't that bad but she was not in a great space for it.

I have felt the shutdown, while hard on so many, is very hard for teenagers.

Linsy had hoped to get her G2 in September, but with shutdown, she changed it to January.  She booked a time to go drive her test on January 6th.  Grey zone.  She acted quick but still, most drive centers were all booked up.  She managed to get a time for the end of January in Hamilton and took it.  Grey zone extended so she misses it again.  Rough.

The other day we were given a glass mug for Marlon.  Strong and sturdy.  Thank you Quin.  Today, however, Marlon was given 3 Garfield mugs!!  Thank you Jennifer.  One the exact same as the one I broke, plus two more.  This morning before I went out to pick up the mugs, Marlon was talking about bathing cats.  From a Bad Kitty point of view (knight's armor), and from a Garfield one (football padding).

These extra specialized cups will work well as he usually has several drinks on the go.  Water, a vitamin C drink, coconut water, or whatever.

End of day and he was feeling pretty bad when I took this picture, lucky to get half a smile. 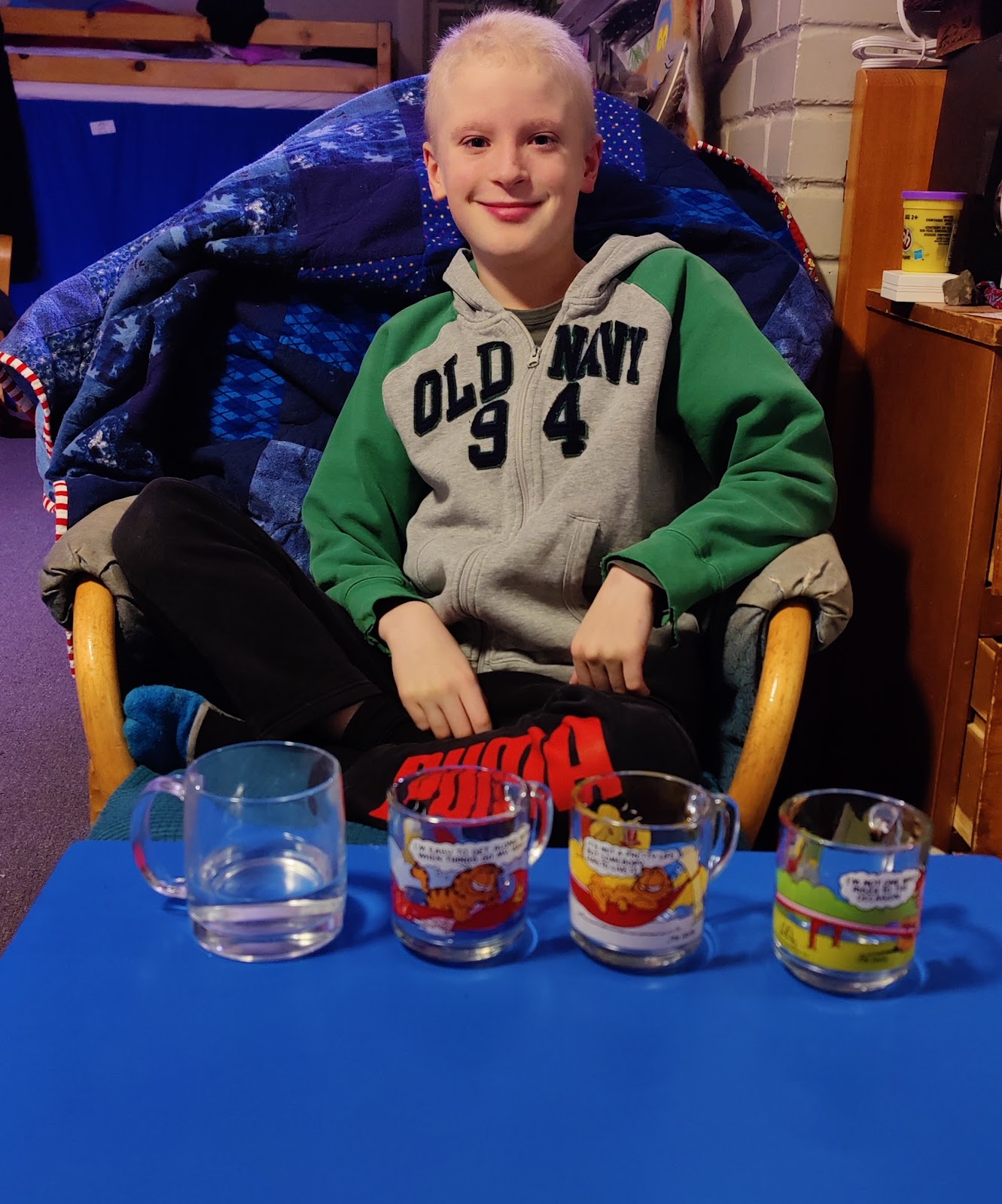 Before bed, the riddles were lame groaners.

I then went to others we had read. My choice:

Imagine you are in a dark room.  How do you get out?