The other chairs I have had in the past, pull out into a proper, solid, little cot.  As I said, the one have now is a recliner.  Last night, I sat on the edge and promptly landed on my butt.  It was just the leg rest.  I was laughing but my laughter was not disturbing Marlon as it took him a long time to fall asleep.  Can't say I slept too well either.  Eventually, after one of the night interruptions, Marlon asked me to sleep in his bed.  I think we both slept better.  Still plenty of interruptions.  Several times the nurse asked Marlon to pee so she could send off a sample.  They did one chemo at 5 and had hoped to start the 24 hour one at 6, but his urine wasn't at the proper PH, so it was eventually started at 9.

Marlon is handling it pretty well so far.  Better than last time but we will see what the night is like.  He hasn't had much exercise but we are paying attention to his mobility, and I keep reminding him to stretch and use both sides of his body.

A family that was being treated in this ward many years ago, donated Swiss Chalet meals to all the families here for new year's Eve.  Something different than the regular food here. 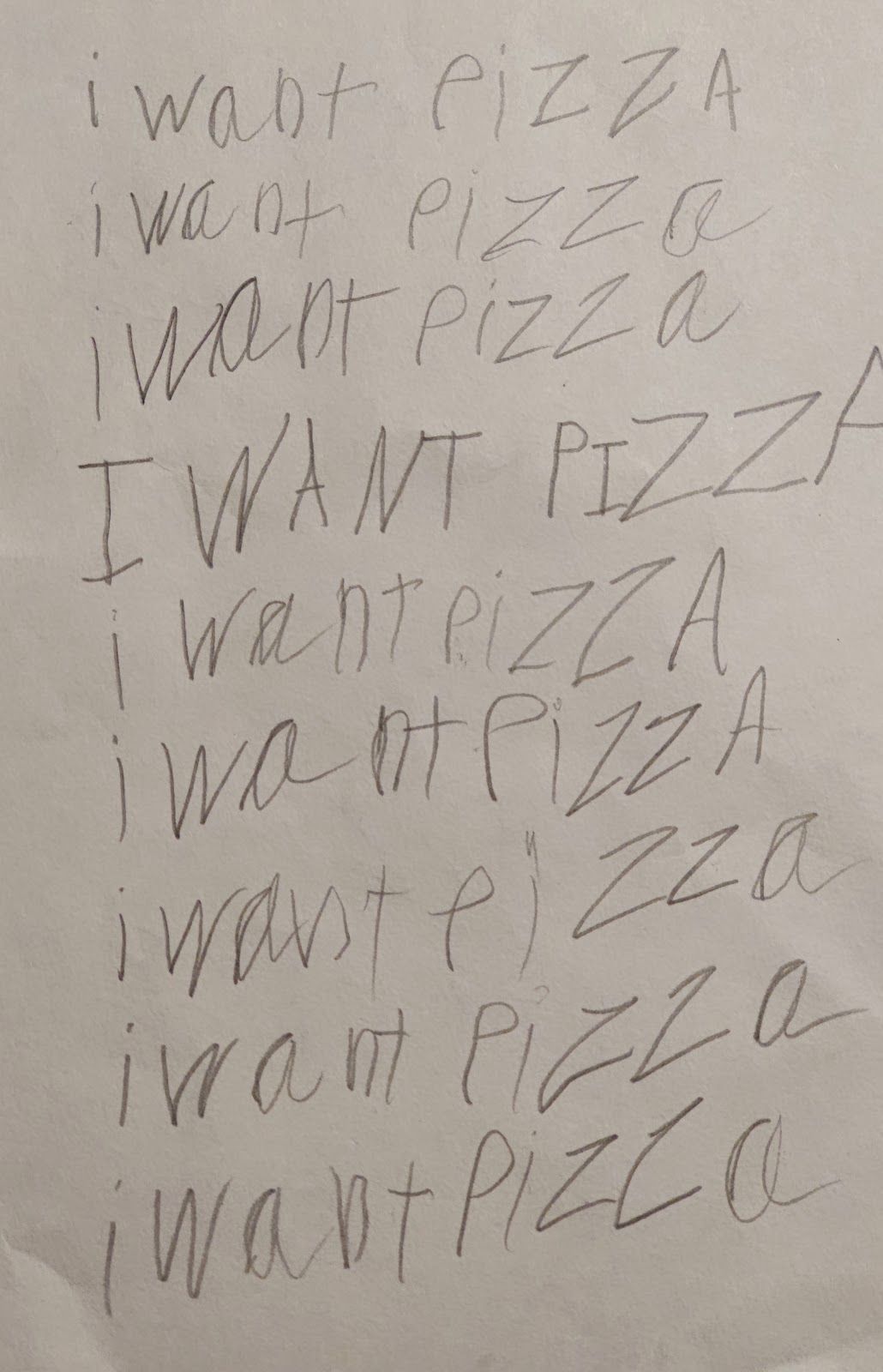 Marlon was not inspired to draw much today (he drew a picture of the wall), but he wrote this out (and a second page too!).  It wasn't even something he wanted.  There is just something about pizza.  Even if he doesn't want to eat it, the appeal is still there.