Just in case anyone was wondering the call about the credit card being compromised was a spam call.

We made it to the hospital this morning and Marlon's blood levels were fine.  I expected them to be.  But a while later, we were told there may not be a bed available for Marlon, so we may have to go home and come back another day.  About an hour later, we were told there was a bed so off we went.  And for the most part, that is where Marlon spent his day.  Sitting in a chair in front of the computer.  Just as I was about to get him to go for a walkabout, a friend came on and asked about playing Minecraft.  This evening he played with various people.  Last, was with his brother.  I like that they can still connect even if they aren't in the same town.

Chemo starts early in the morning.  Overnight though, he gets liquids and sodium bicarb (yes, baking soda).  This gets the PH of his urine to a high enough level to start the chemo.

Normally the chairs recline into a bed but the one I have now just reclines.  Better than nothing.  I threw the sheet on, took the picture, and thought of how messy it looked.  So I straightened it and tried to take another but Marlon was playing weird.  Keeping up with appearances! Darn, I think I failed that a long time ago. 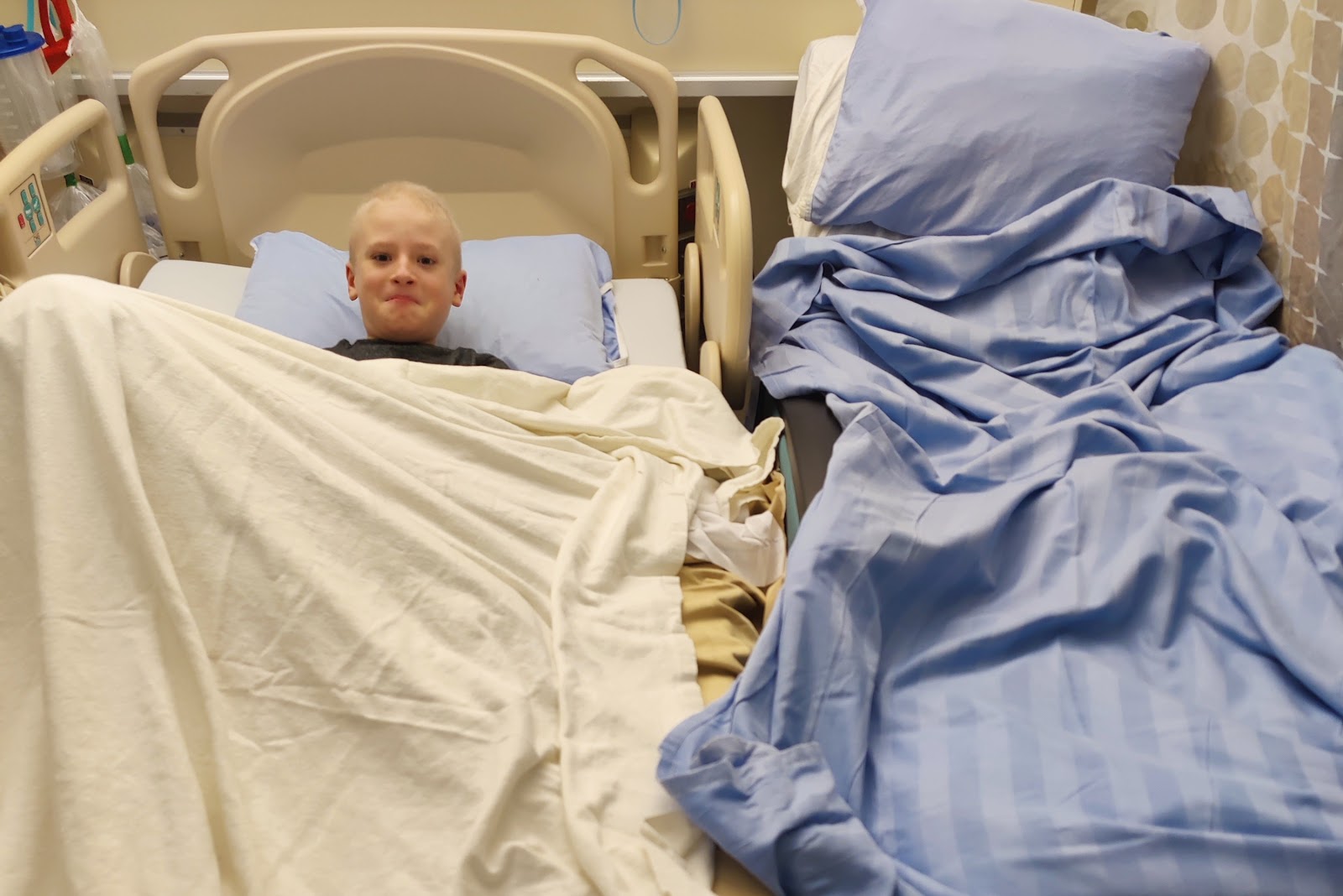