What a picture-perfect Christmas!

It was after 1130 by the time Marlon fell asleep last night, but he was still in good spirits today.  We don't rush into the presents but sure had a lot under and around our tree.  I splurged on wrapping paper, feeling guilty for the waste, but decided it might be fun to have an assortment of boxes.  There was nothing too fancy but it looked like a lot.  Gloves, socks, pyjamas, practical things plus some others. 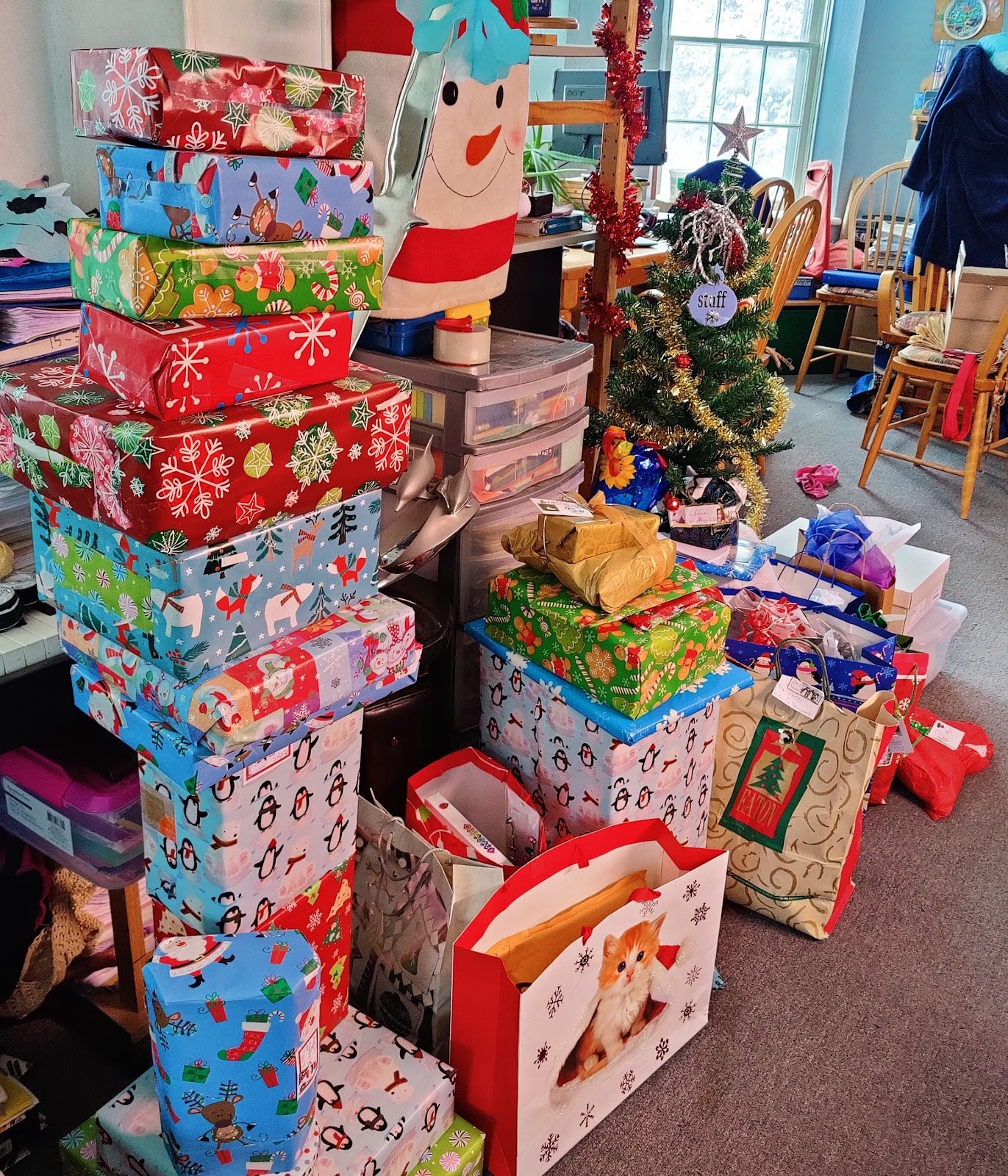 Paco is good at stacking so I gave him the challenge of besting 'Santa's' pile, the one on the right which is under 5 feet.  Looks like he got it to 7 feet but it didn't last too long.

Marlon was happy with it all and got several special presents.  Here he is reading a minecraft book with his gifts. 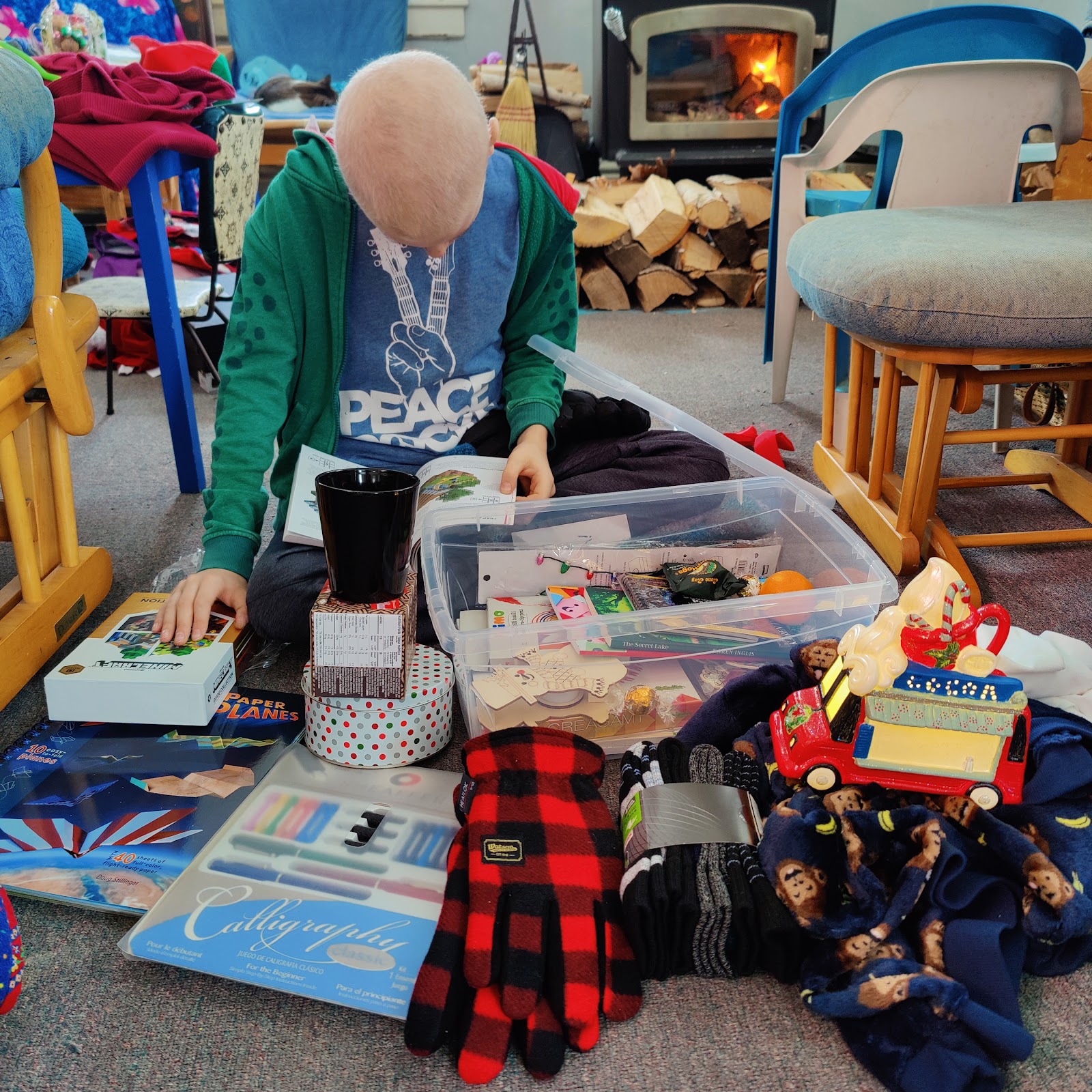 In the afternoon, we spent some time outside in the woods but Marlon still doesn't have much stamina to be on his feet too long so he came in.  Couldn't have been nicer out there.

We had a nice turkey dinner together.  Because Paco gifted Marlon his own minecraft account (M has been using P's), they both played together on different computers. Marlon has been wanting to play with Paco for a while, so it was a nice way for him to end the day.