On the bright side, there is nothing seriously wrong with Marlon.  It looks like he has muscles seizing up in his back and these are causing all sorts of pain and discomfort.  A relief to know and also frustrating.  I knew it was nothing serious, but at first, had no idea what.  Even though Thomas was talking about muscle pain in ribs, that didn't sound right enough.  And either way, three hours of writhing, crying pain needs some kind of help.

He had an EKG.  He mostly slept through it and today was wondering what those weird stickers on his chest were.  The nurse did take some off until he started to wake. 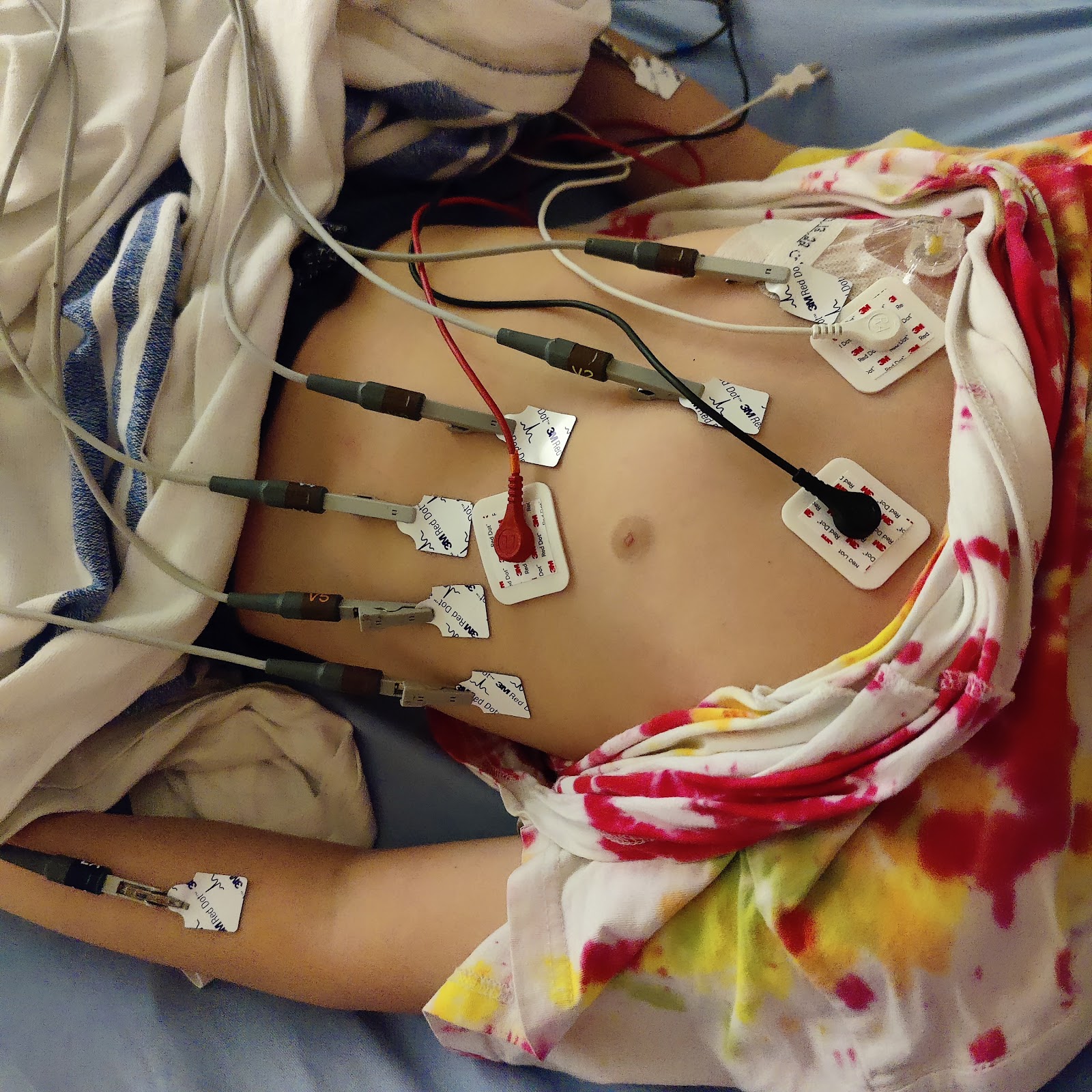 In the night, they even gave him a torso CAT scan.  He was being wheeled to the room in a bed, mostly asleep. He sat up with a start and had an 'episode' where the pain had him screaming and writhing again.  The tears and pleading in his eyes were hard to see.  Eventually, they gave him fentanyl for the pain. All of the tests showed nothing out of the ordinary.

I suppose in some way this is good.  I know that, for the most part, he is well.  Make it through the chemo and his outcome looks very positive.  Marlon was admitted in the night and at 530 was wheeled into a room.  Not much happened today.  The nurse wasn't sure, wondered if it was related to bowels.  I was wondering about back issues or spasms when the physiotherapist came along.  It does seem that is what it is.  So it was the afternoon until we had an answer. Knowing this, Marlon realized that yes, the pain is originating in his back. And I see how this came right after we were in the hospital when he didn't move much, but what he did do was one-sided.  With the accessed port and the tubes hanging down, he tends to not use his right side other than to hold the tubes up.  Marlon has exercises to do.  Being on his feet too long hurts, so small walks more often.

We are at home, and he still has pain, but the intensity that was there has eased up.  Bedtime was still hard because the pain was so apparent, but it is getting better.

Gita said…
Sending you wishes for a pain free Christmas and a full recovery in the new year.

For the pain and fear of the pain, you may ask the doctors about marijuana.

Looking forward to meeting you all in 2021.
My email is gbaack@rogers.com
5:14 pm