Nice to wake up in our own bed.  I think Marlon slept well.  A lot of the day was spent on the computer, but not even close to his usage at the hospital.

We did a little more decorating around here today.  Marlon is a bit more cheeky, sometimes in a playful way.  Nice and frustrating.  Can't complain!

We were looking at something in front of the computer together, and Marlon was banging his fist against his forehead.  I said 'Hey, stop hitting me!'.  When I was lying beside him at bedtime, he took my first and banged it into his forehead. I said 'Hey, don't hit yourself.  Be nice to you!'. He said, 'You're hitting me!'. Not sure what this head hitting is.  I have seen it a few times.

This evening, Paco was on his phone by the fire. I was there heating milk for chocolate. Marlon was in his chair, listening to his book, and drawing.  Next thing, he says 'throw up', grabs the container nearby, and throws up. He hasn't been feeling great all day, but not super nauseous either.  I think we were all a bit more shaken up by this as it hasn't been such a regular occurrence.  Linsy had her headphones plugged in and turned up the music.  Once Marlon emptied himself, he felt a bit better and did manage to drink the hot chocolate.

Argh, I just remembered I forgot to give him this extra chemo drug he is supposed to be getting every night for the next 50 days.  I put a reminder on my phone.  Last time he had to take this particular one, it was not easy to remember. 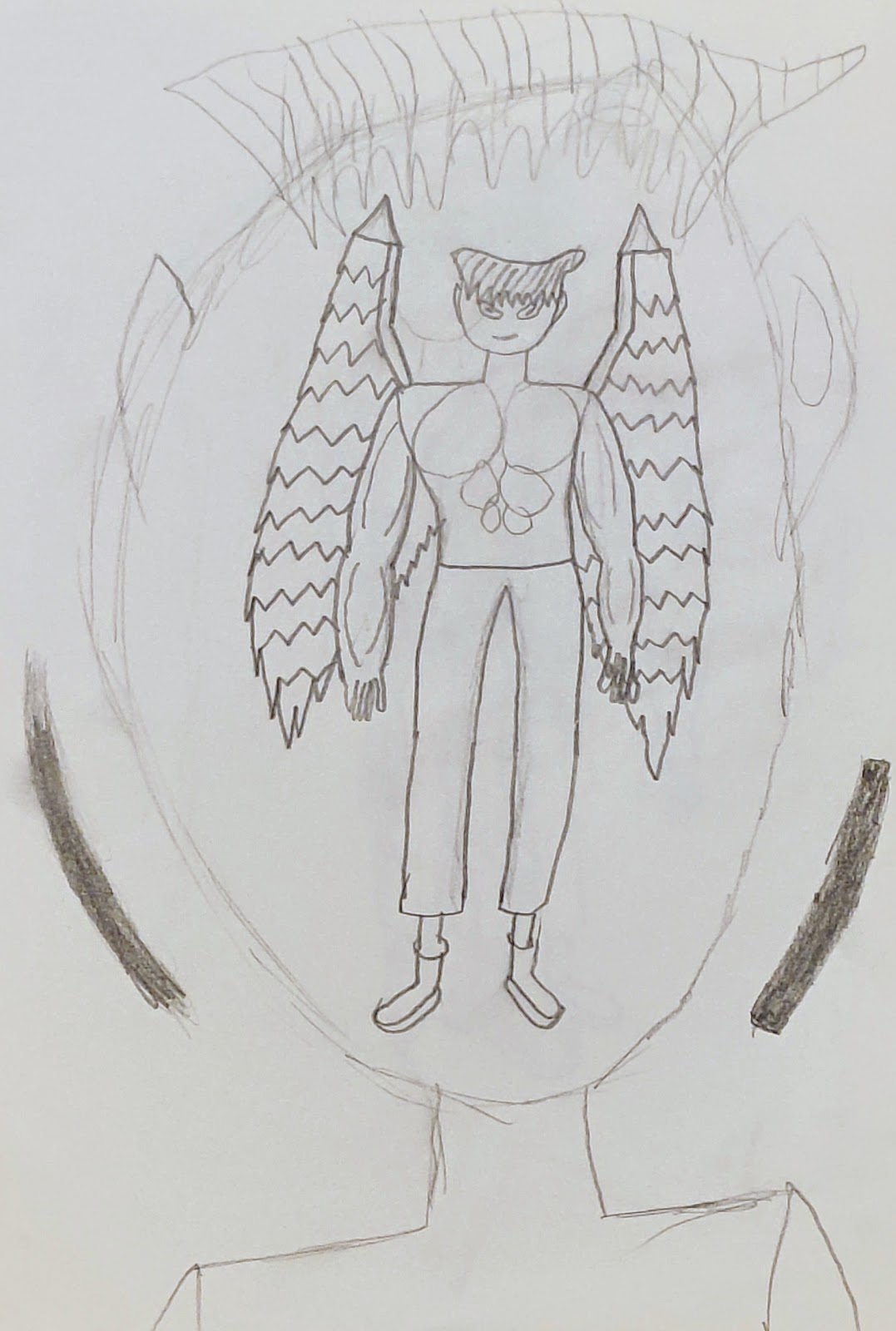 Person inside a head, inside dark lines