What a long day.  Marlon was noticing yesterday, that just being admitted to the hospital makes him feel sick. I think today was probably record-breaking for the amount of time spent on the laptop.  Not great, but distraction.  First part of the day he was NPO (no food or drink), so I let him have distraction for that.  He was sedated, had the procedure, and then once he was awake again, wanted time to help get rid of the grogginess (he's got an excuse for everything).  I went and got him pita pit (currently preferred over subway which he has for supper last night).  He did get off the computer for a while, read and then listened to book.  Next thing I know he is back on the computer again.  I let him be, and went for a walk.  Then mostly on for the rest of the day, though I did get him off for a while.

The high dose chemo was started midday and this is dripped slowly in over 24 hours.  He is feeling it.  Didn't eat supper.  Had a mini cupcake.  Several bouts of diarrhea.  The chemo that is going in is a bright, fluorescent yellow.  The liquid from his bum has that same colour.  The nurse spoke to resident doctor, and now they have sent a sample off for testing.  What that means to us is that we can't use the shared space.  For Marlon, he uses a commode in the room.  I am not allowed into the shared kitchen area but can use the washroom.  I can go for walks.  This is until we get results confirmed that it is just a reaction to the chemo.  It is not an expected one.

Over the course of the day, there were also several tears.  He doesn't like being accessed and being attached to tubes.  He is feeling so bad again, and just wants this to be over.  Poor guy, this is not easy for him.  So I suppose if he is able to connect with friends on the computer, play Minecraft, or just zone out in front of videos, it is distraction and it helps. 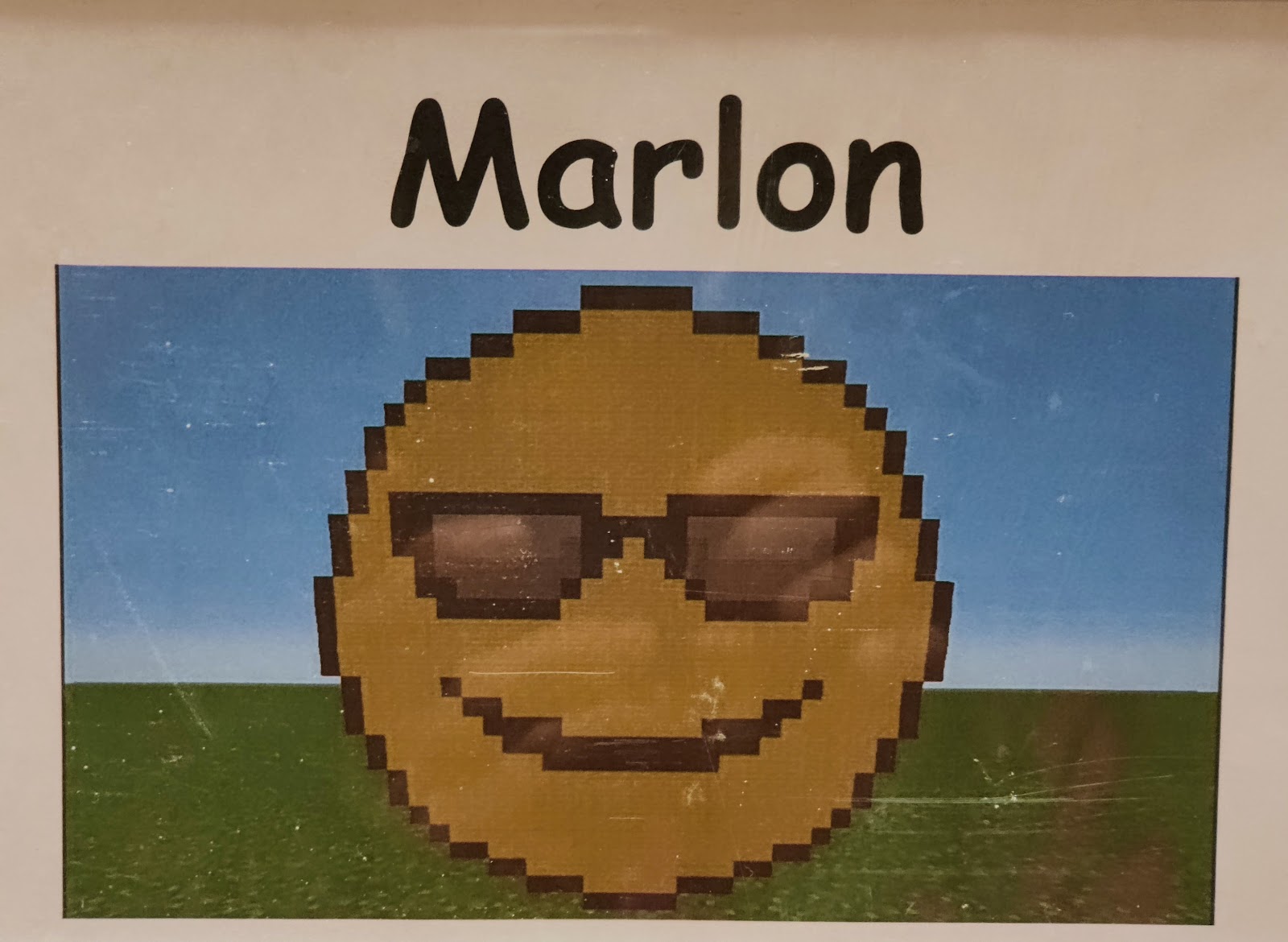 Maria found him a Minecraft emoji for his name on the door.