A long day sitting around, doing not much of anything!

Up early and out the door by 630.  A drive in the dark with snow blowing this way and that.  Sometimes the roads were clear, other times, not so much.

Beautiful though, the dark tree trunks and the white treetops, nice contrast.

Finger poke and up to clinic.  Marlon's blood levels are improving quite a bit.  The neutrophils that stopped him the last two times are back up, still low at 0.6 but over the 0.5 needed.  So Marlon was accessed and we sat around and waited for his turn to go to procedure room.  And waited, and waited.  Much longer than usual.  There were 7 kids sitting around waiting for procedures.  Close to midday the doctor came and made an announcement that there had been an emergency in the procedure room.  She didn't know what would end up happening.  Just imagining that finally Marlon is ready, and something else gets in the way.  Finally though at 1pm it was our turn.  Marlon is so comfortable with the sedation routine.  I didn't feel as freaked out today as I often do.  He drifts off, I leave the room and about 5 minutes later he is wheeled out.  About 30 minutes later he starts to wake up.  He was saying sedation didn't last as long, and he still had to have the procedure.  I told him it was all done.  I wheeled Marlon out.  Nice to see that he didn't really want to go in the wheelchair whereas not long ago he wouldn't go without.  I was concerned he might still be a bit woozy after sedation.  He was tired but just fine.  He had his first meal of the day at 3 when we got home, Pita Pit, as per his request.  Then he had a long dose of minecraft time with friends.  He can feel his back where the needle was inserted to extract the marrow.  And when he got into bed it hurt to lie on his back but he is handling it much better than in the past.

Free from the hospital until next Tuesday.  Lumbar puncture, so another sedation, and the results of today's marrow. Based on the last test results, I trust this one should be fairly clear again.

Today's picture has nothing to do with us and is a few years old.  Created with playdough, by one of Linsy's friends.  Very impressive likeness of the Beatles. 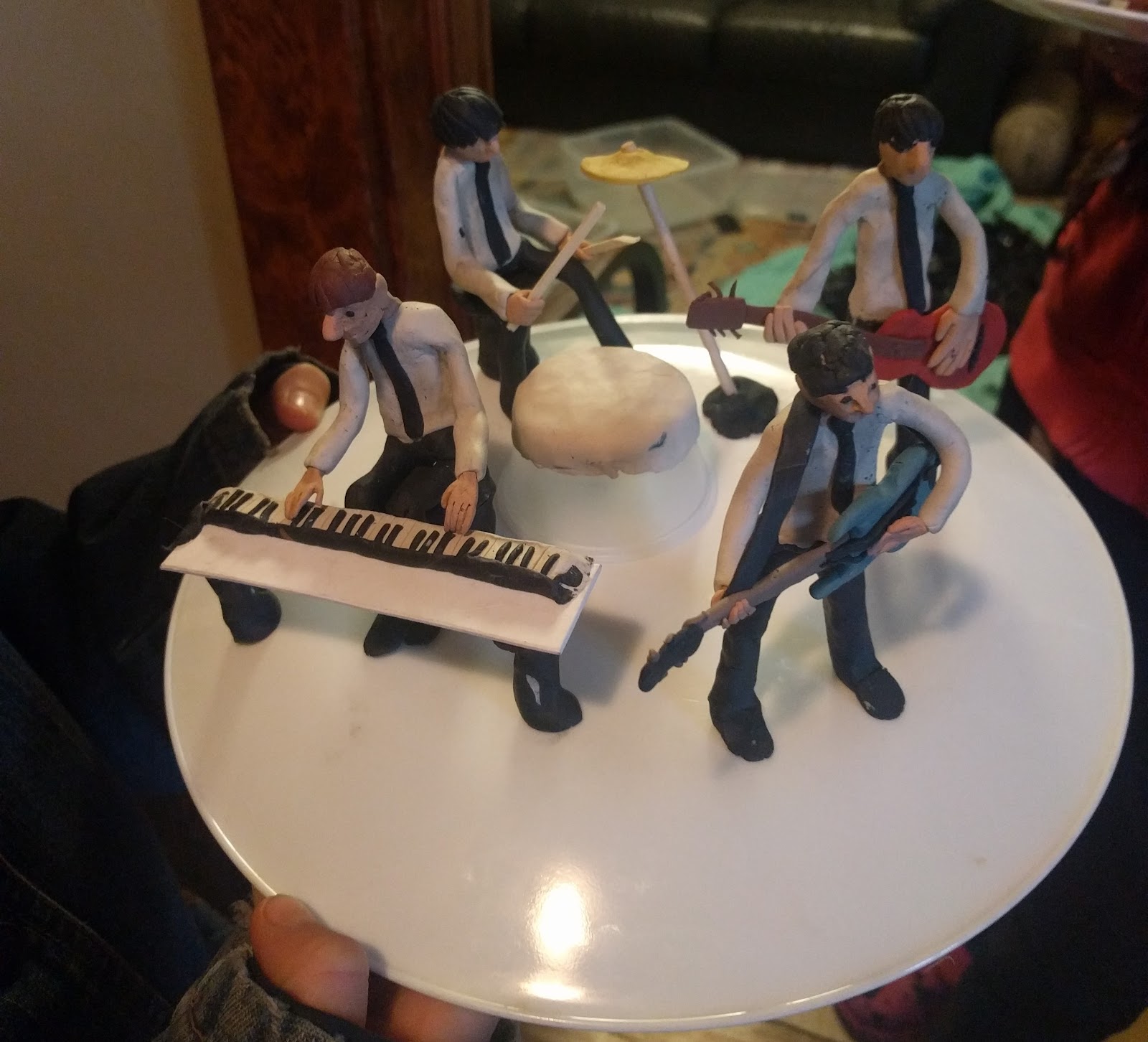