I can see how hard the chemo has been on Marlon this week.  He is able to move and has some energy but he just isn't fully there.  No appetite.  More moaning and groaning.  This morning I made him a smoothie, he took one spoonful and said No.  He felt so sick.  We were almost ready to head to the door when he did throw up.  He felt a bit better afterwards.

The chemo at the hospital was quick but Marlon also had an appointment with a psychiatrist.  Originally it was set up as the team was concerned about his level of anxiety.  I never really felt it was anxiety but just the newness and stress.  And the prednisone.  Since the first month he does show some anxiety and worries about upcoming appointments but not in the way that the concern overrides all thought and emotion.

The visit was a virtual one and at first I was in the room. I left and Marlon was speaking with him alone, and then we traded places.  We agreed that Marlon is coping with his days and treatment and no cause for alarm.

I don't know if he accessed any emotion as he did admit he doesn't like the talking because he doesn't want to cry.  He doesn't want to look at what is going on.  Ignore it and it will go away.  Is it avoidance or is it dealing with each day as it comes!?!

On the way back, Louise stopped at a bakery near Carlisle that is only open 3 days a week.  She wanted to get Marlon a treat.  We bought date squares and a mini pie.  Before we continued to drive home Marlon did have a couple of bites.  At home he had his berry pie.  Finally ate something.

A few times today he acknowledged he was hungry but couldn't imagine anything he might be able to eat.  Hopefully he will find some way to eat because if he loses weight they will start talking about tube feeding again.  And I can see how the weight he has gained has helped.

I forgot to remind Marlon to go upstairs again and told him that on the way to the hospital today.  When we got there he steered me towards the stairs and walked up the flight.  Yay!  I have been saying for a while that I expect him to be able to walk the stairs at some point and he did it today.  He felt it.

We are looking forward to a 3 day holiday from the hospital and hope Marlon starts to feel better soon.

I was reminded of this picture from November 2013, when Mar was three and a half.  Such a nice sweater and his hair was so light! 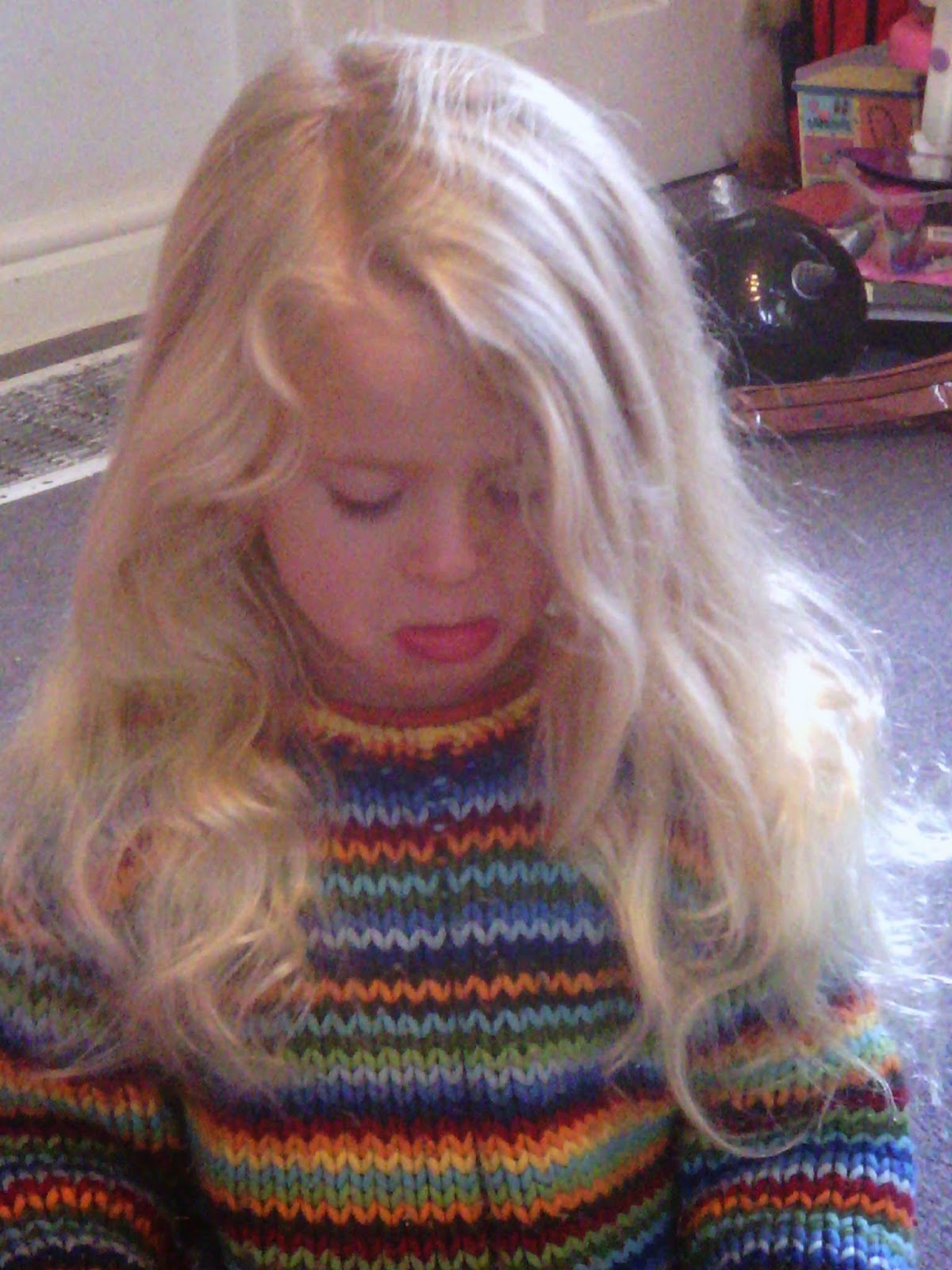