A very fast in and out at the hospital today.  We barely sat down, and Judy was there with the tray and the necessary syringes for the day's treatment.  I don't think we were in there for more than 15 minutes.

Louise took us on a scenic route on the way home.  We often take different roads and it has been quite beautiful with the changing colours.

This summer I had a couple of things planned and most of those didn't work out.  One was that I had wanted to take Marlon on a hike at Rattlesnake point.  I don't know if he has ever been, and the scene from the edge of the escarpment, is quite majestic.  Today we drove past from below and then up the steep hill over the escarpment.

One thing I did do this summer was take Marlon and Linsy to Niagara as they had never been.  It was not a good day. Marlon was grumpy and in pain.  This was before we knew what was going on. 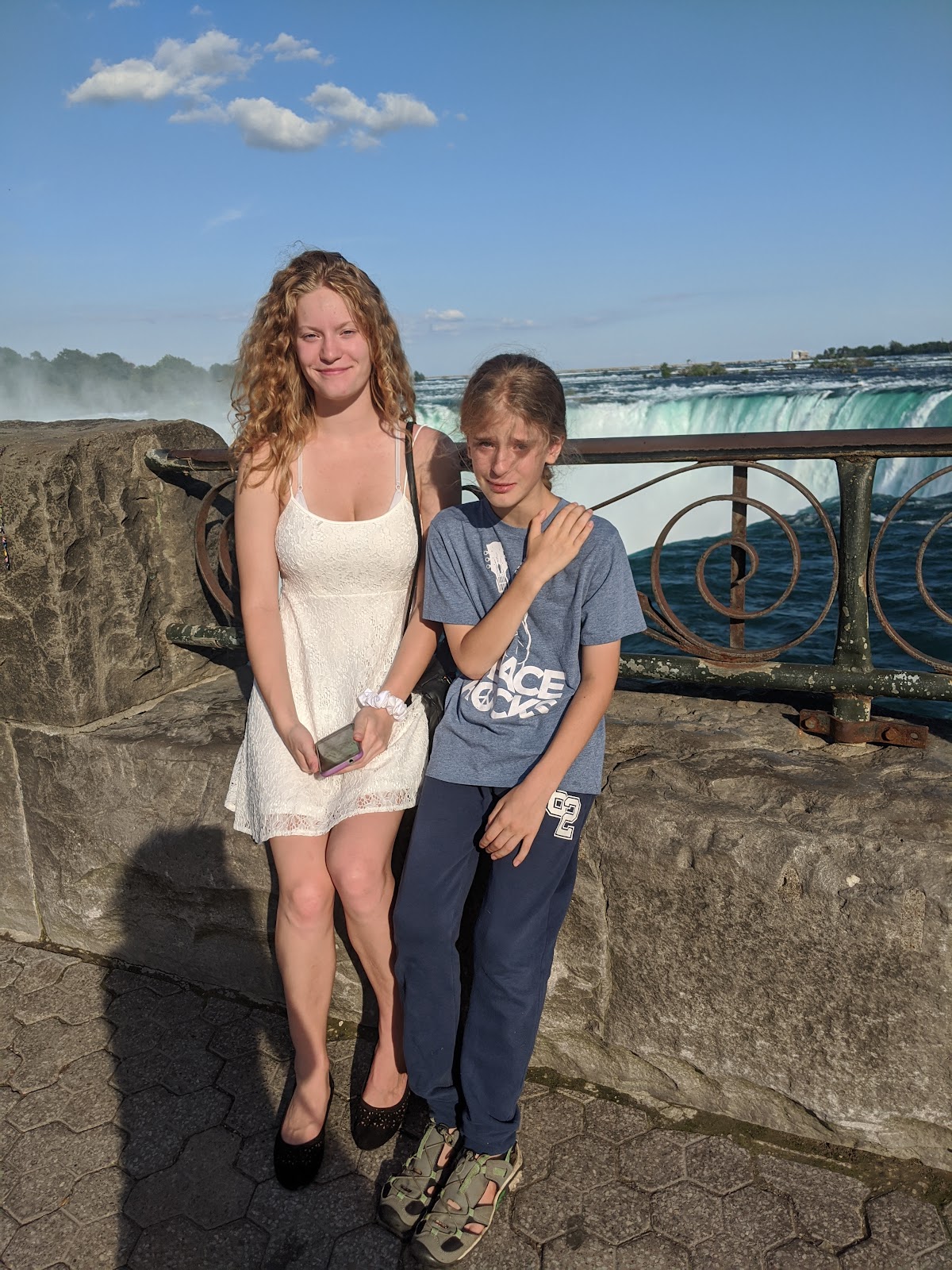 In the afternoon today I went out and ran some errands.  Marlon was content to hang out at home.  He didn't feel quite as bad as yesterday but at one point this evening he said he often feels as if he is imploding.  Everything is coming apart.  A couple of times this evening he let out some of the emotion.  He doesn't want to talk about it because he will cry.  I tried to stress that it is totally ok to cry and completely understandable. As with many emotions, there are so many layers…

Another aluminum foil figure, looking golden in the light.  This one is a superhero with a cape. Hard to see the second arm which is over the body.  Jumping into action. 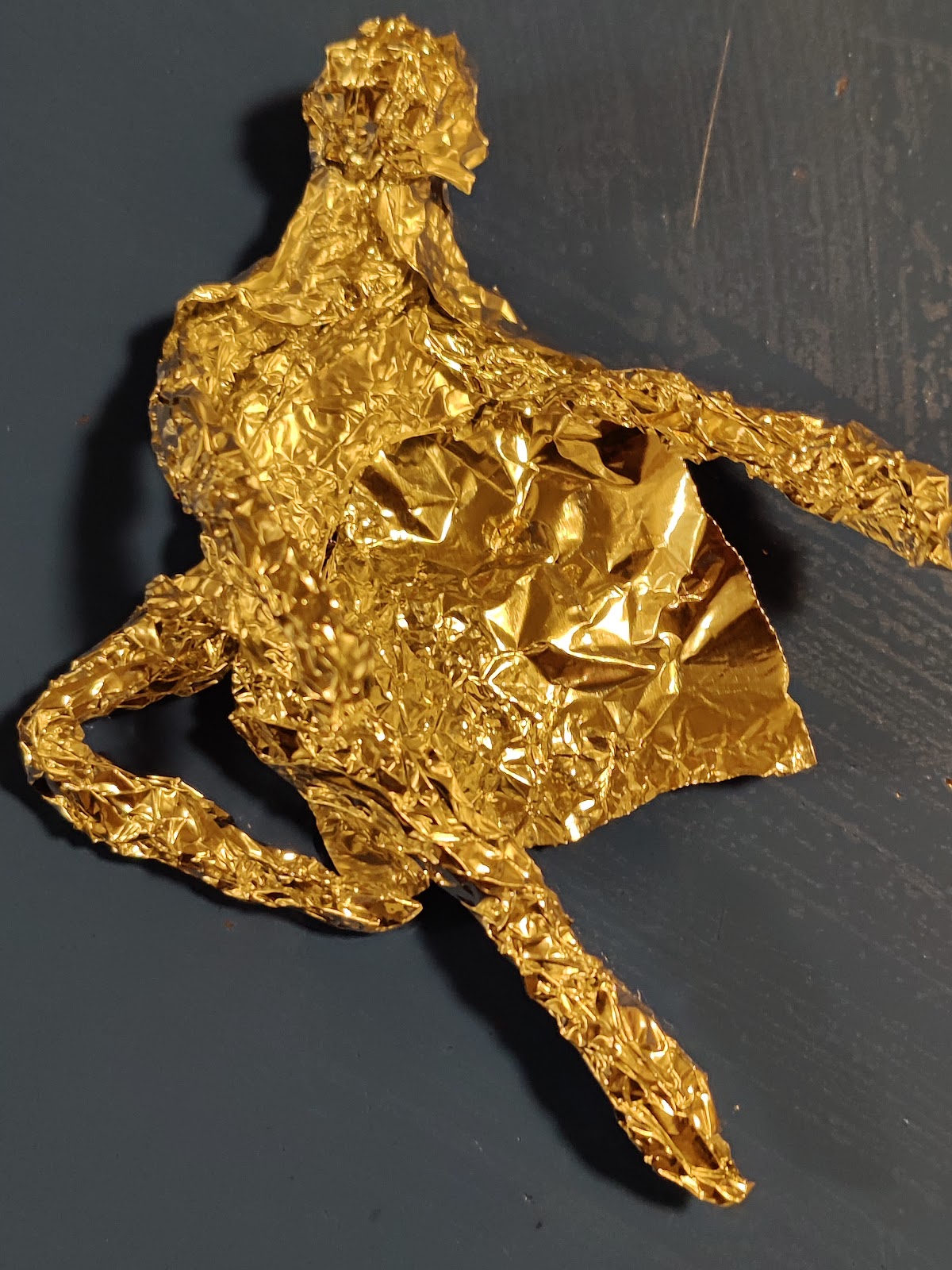