Today's big project was chocolate making.  Along with the book from Damon, came cocoa butter and a recipe.  Marlon was very excited to make it, and we did one batch mid-morning.  When we looked the other day we found coconut milk powder so we used that instead of regular milk powder.  The chocolate was pretty tasty.  Marlon made a little video.

Early afternoon, Marlon and I walked to the mailbox (in the rain), where we did a trade with Heather.  Milk powder for coconut milk powder.

So we made another batch of chocolate with the other powder.  Not quite sure what we did wrong (too hot?) but it separated a bit. Still tasty stuff!

Marion had minecraft time with friends.l.  At one point in the evening when I was getting supper, Thomas came to the kitchen and looked at me to see if I was wearing headphones.  I often do, but I was not. Thomas was wondering if he might be the only one without.  Paco, Linsy, and Marlon, at the table, all plugged into headphones, on different laptops, doing their own thing.  It was pretty quiet!  School for the older two requires computers with so much being online.

Back to the hospital in the morning. It has been a nice break.

The bar is from the first batch.  Santa Claus, the second.  Unfortunately, most of the Santa Claus broke while being popped out of the mold. 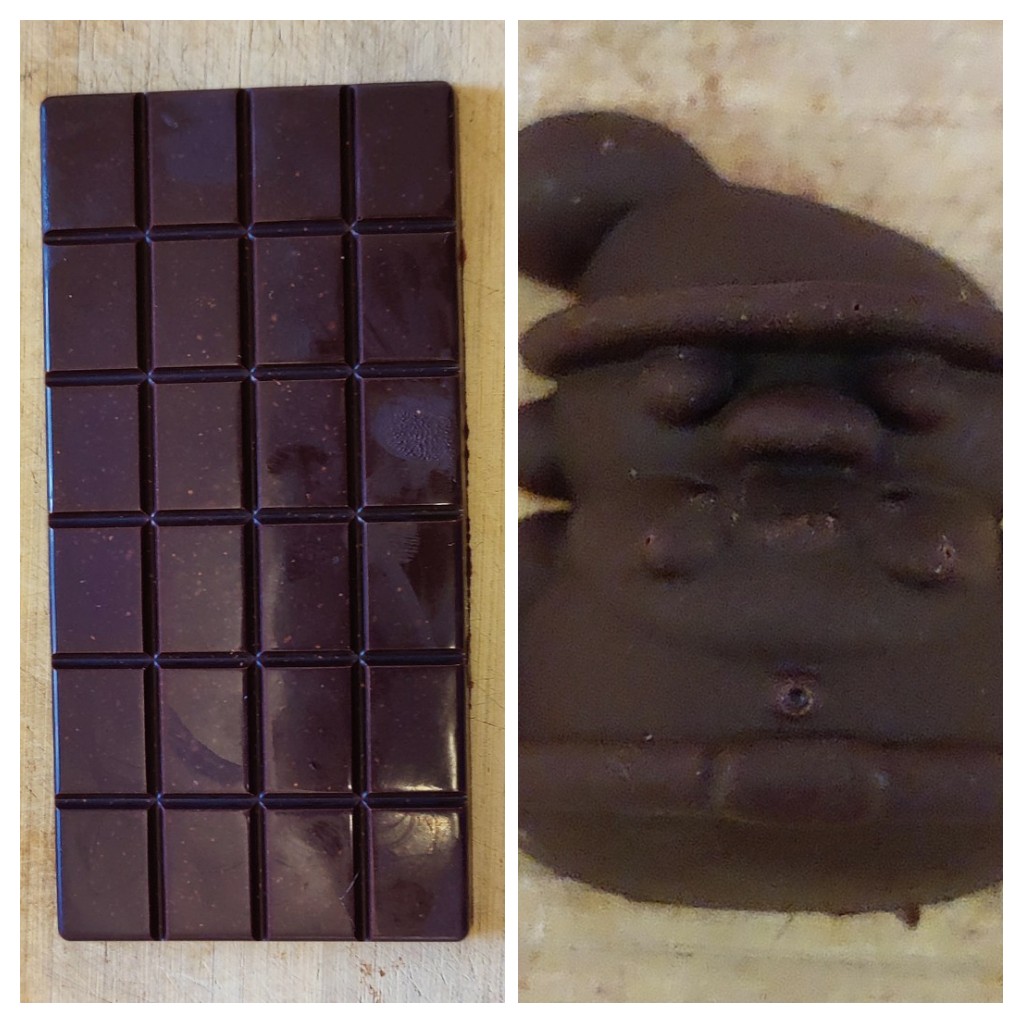