Two out of three ain't bad.

Marlon's platelets and neutrophils levels were up enough that they were good to proceed with treatment this week.  His hemoglobin (red blood) count was still down so that meant a transfusion.

After finger poke we went to the clinic and they prepared Marlon for the procedures.  He was accessed, they put a needle in his port so they could remove blood for testing and also inject medication and blood. He got the day's chemo, they got the blood dripping, and a short while later it was his turn for the LP.  We walked to the room for that, an area with nurses' station and a spot for 3 beds.  And also a small room where the procedures are done.  I walk in with Marlon, he gets up on the bed and they waste no time injecting the white fluid in.  Even though it is injected via the port he still gets a taste in his mouth.  And then his eyes close.  A little shudder this time after his eyes close.  I am sent from the room while they do the rest.  I go wait where his bed will be rolled to.  There is a little boy in the next spot and I look at his peaceful face as he continues to sleep from his sedation.  So sad, so very sad.  I have tears in my eyes.  This is not just the sweet innocent sleep of a child.  So much more going on…

Marlon's procedure is over in approx 5 minutes and he is rolled out.  He doesn't sleep for too long, has a popsicle, and then sits in a wheelchair back to the clinic where we stay as the rest of the blood drips in.

Back home again.  After this week of four days, the following 3 weeks will have one visit each week.

Once home Marlon had a package waiting which he opened and was excited to build a lego set.  He did a tiny bit of writing and rested while listening to his book.

In the evening Marlon went upstairs for the first time since starting treatment.  Fifteen steps up.  Saw his bed and back down again.  He noticed that he feels the stretch in his legs going downstairs as well. He can move. 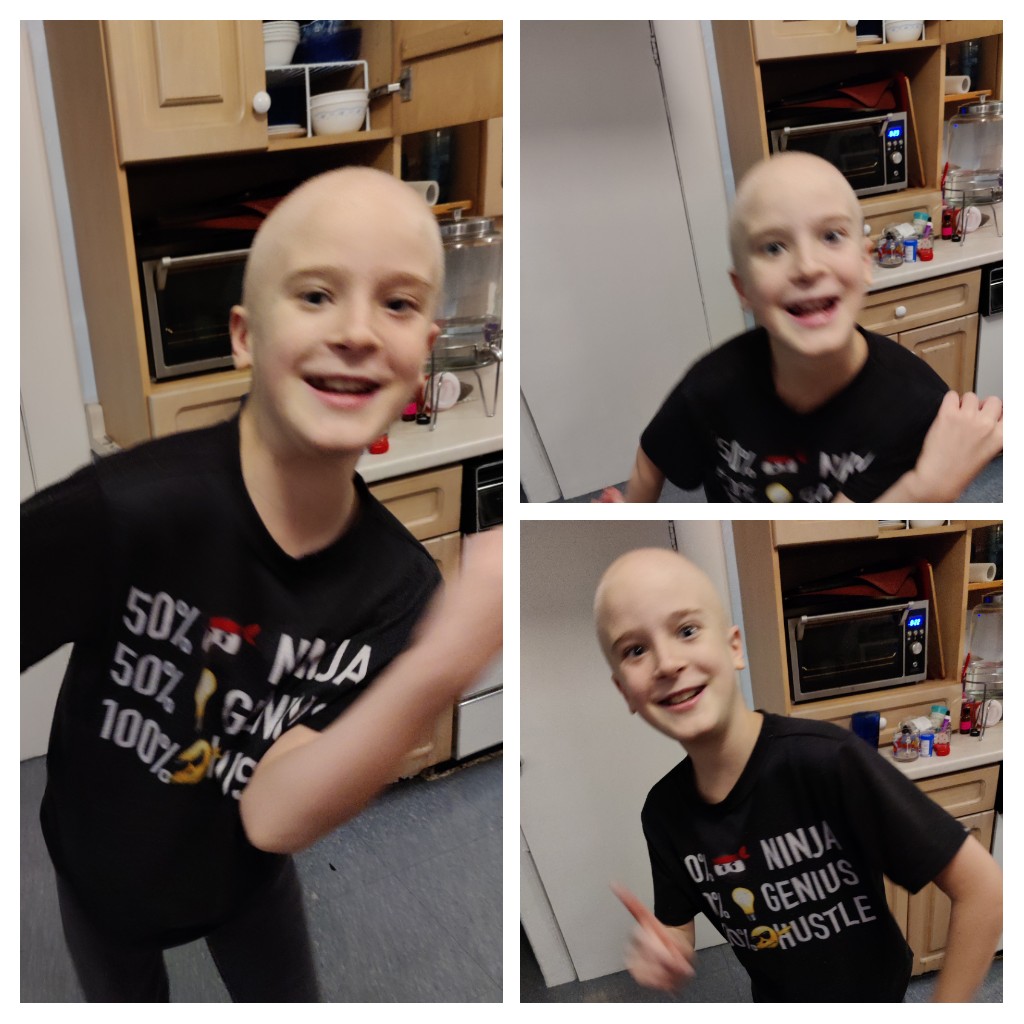 He has no intention of changing beds.  He likes where he sleeps right now.  Whatever works…