This morning both Marlon and I went to the market.  His first time there since March.  Uneventful.  Some people happy to see him.  He wanted to see a friend, but that didn't work out.

When we got home, he listened to podcasts, but doing that on the computer, leads to more minecraft time.  In the end it seems there was a lot of reading and computer time today.  On the plus side, he is reading books rather than listening as he is temporarily out of audiobooks.

I saw there was to be a drive-by Santa Claus 'parade'.  In the high school parking lot, was mostly the firefighters with different displays and also the citizens of the year.  I was so touched by the effort put into it, and that there was a substitute for the usual parade.

In the afternoon we were outside to bring wood to the steps.  I got a show and tell of some of his sticks as I was loading the wheelbarrow.  This one is curvy, this one has branches that point towards each other.  One he commented that he saved it, because it was so straight.  Not very balanced or special, but straight.  A good thing to collect around here.  Amusing, and I hope he doesn't grow out of it, but know he likely will.

Today he folded different materials into origami, mostly made ninja stars.  He was appreciating the difference.  Paper, aluminum foil, chocolate wrapper and foil from the top of a can… 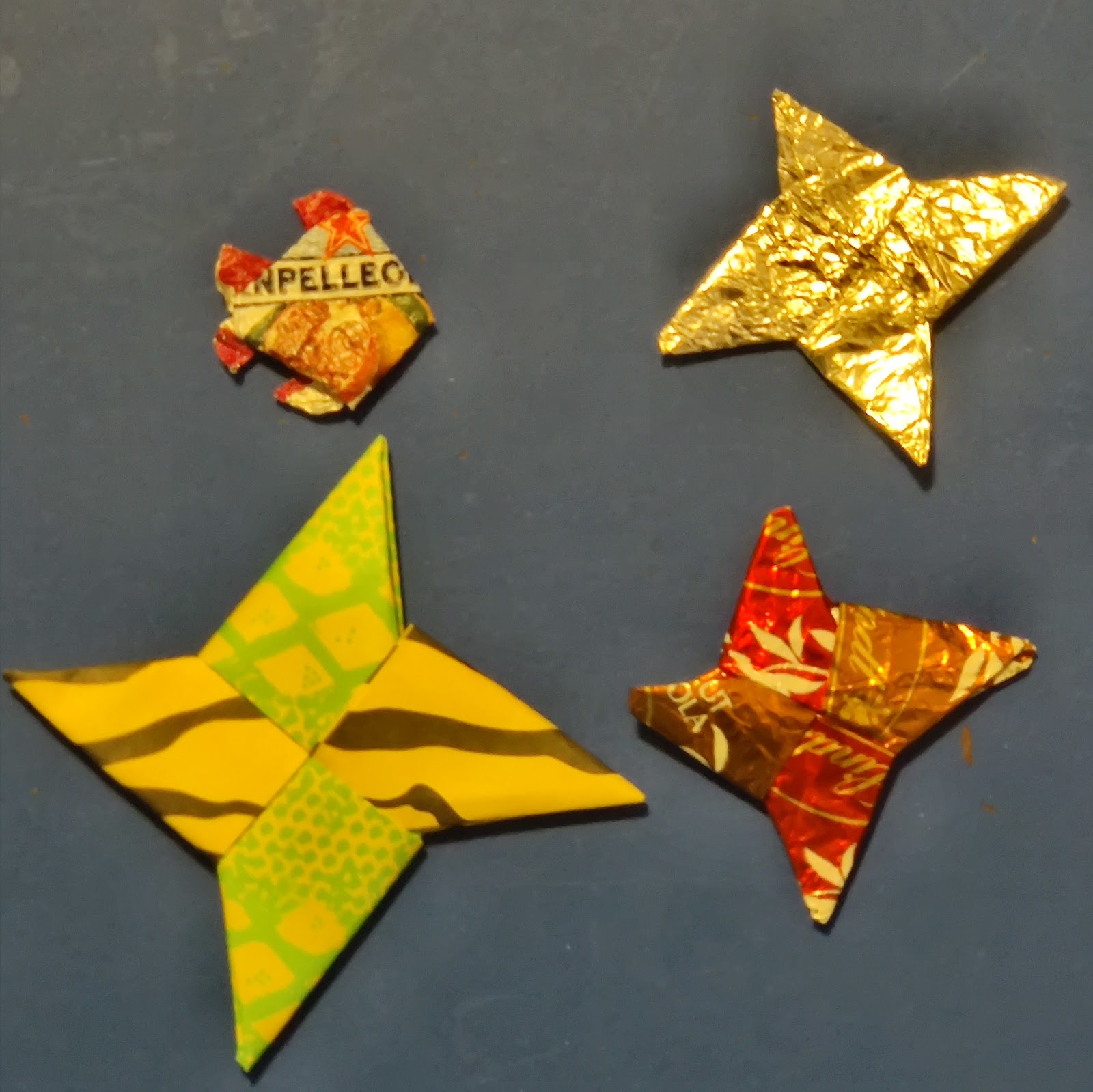 In the evening we played euchre.  A good game with team Paco/Marlon coming up from behind, and beating Thomas/Shera.