I was running out to the store today and while removing the snow from the car realized it was perfect packing snow.  I suggested to Marlon he make a snowman.  When I came home he still hadn't gone out so I reminded him.  He did go and dragged himself in the door a while later saying how hard that was.  The bending over and up and down. He said he felt nauseous and sick. Oh well, hopefully as winter progresses he will be able to form more snowmen with greater ease.

Later in the afternoon, I was out helping Thomas harvest the last of the potatoes and we were finishing up when Marlon finally came outside.  Even though it was hours later he said he could still feel the tiredness from his 10 minutes outside earlier on.  And it was a tiny little snowman but cute and it even had stick arms.

I think this week has been good for Marlon to gain some perspective about things.  He knows it is a hospital day tomorrow and the anxiety is much less than it has been.  I am sure in the morning he will be grumpy about having to get up so early but I don't expect the distraught, fearful attitude about it all.

Marlon is often quietly sitting in his chair, listening to book, sometimes playing on the phone or drawing at the same time… 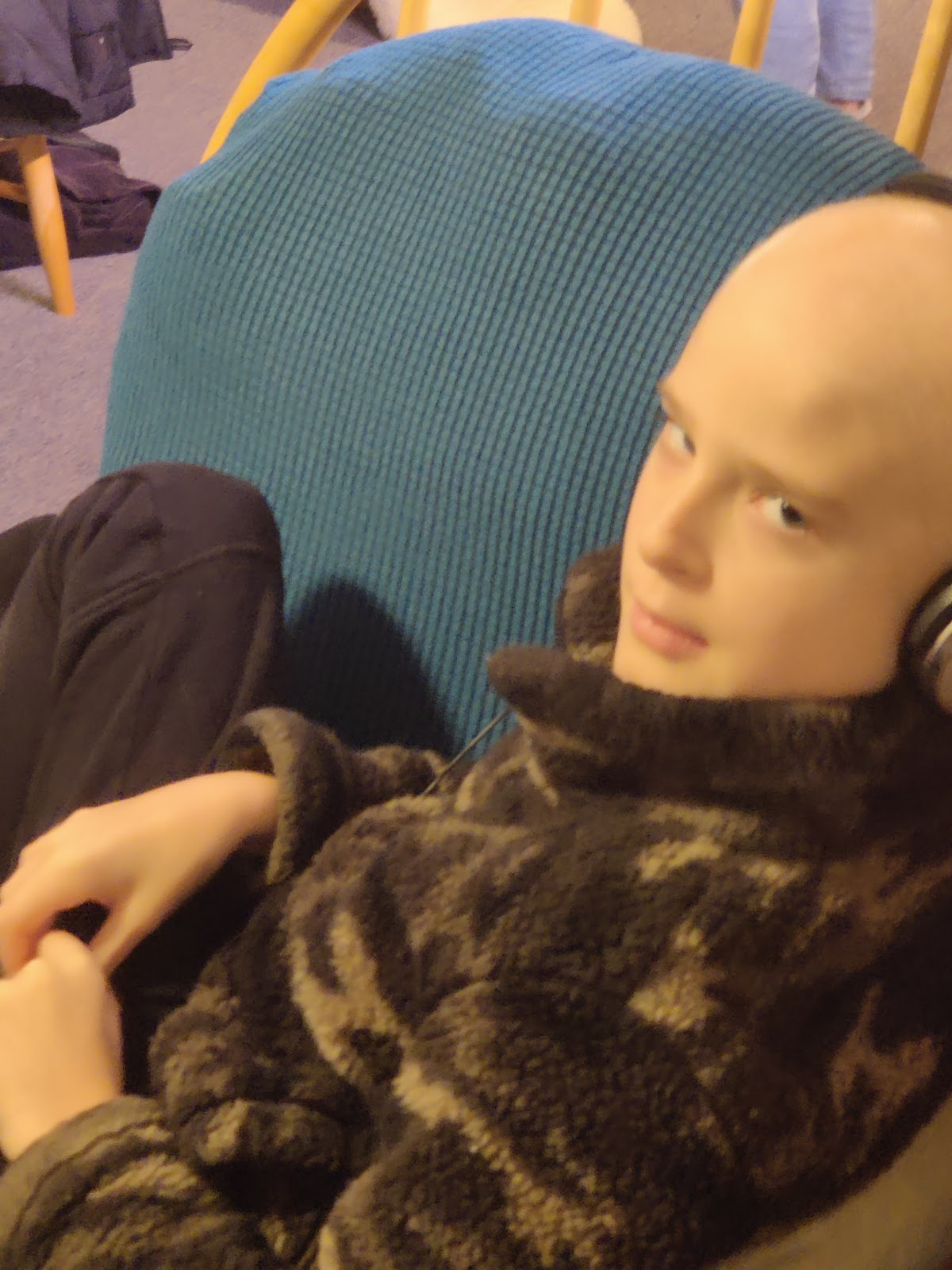