Last week, the doctor told me this Tuesday would likely be check-up, possible transfusion, and next Tuesday, the procedure.  Then I was called, and told to prepare for procedure today.

Well, today, Marlon had a transfusion.  His levels were a bit low.  They have been worse, but there is a minimum level for platelets for the procedure, and his was just below that.

So I woke Marlon up to get him on the road at 630.  No food or drink before sedation.  In the car, Marlon felt nauseous, so not consuming anything was just fine.  He did throw up once in the car.  He also threw up 3 more times at the hospital.  After the second time, I gave him a ginger chew.  He did throw it up but said at least it covered up the horrible taste of stomach acid.  Poor guy, he really felt horrible this morning but after the final vomit, he was fine.  We just sat around, he was mostly on the phone, either watching or playing.

The question at the end was whether he get de-accessed or keep the port in until Thursday.  He likes to sleep on his belly and can't when accessed.  Having the needle put in and taken out is painful.  Removing the sticker that covers the port is painful.  He was going to keep it in but then the nurse said she would have to change the sticker.  He shed many a tear about all of this.  In the end, he had it removed, since he was already enduring the sticker removal.  Not comfortable, sometimes more painful than others.

We got home after 130, and Marlon had a Pita Pit for lunch.  He had just agreed to go outside for a quick walk, when he heard some friends were meeting up for minecraft time.  So he got more time on computer.

Thursday morning we will be waking up bright and early again, for another hospital visit, so Marlon can have the procedure done.

We changed the timing of one of his medications so we will see if that helps with the norming sickness.

Marlon was showing that aluminum foil can be folded as well as molded.   Foil origami crane, fish, and ninja star.  And then a shaped bird/duck. 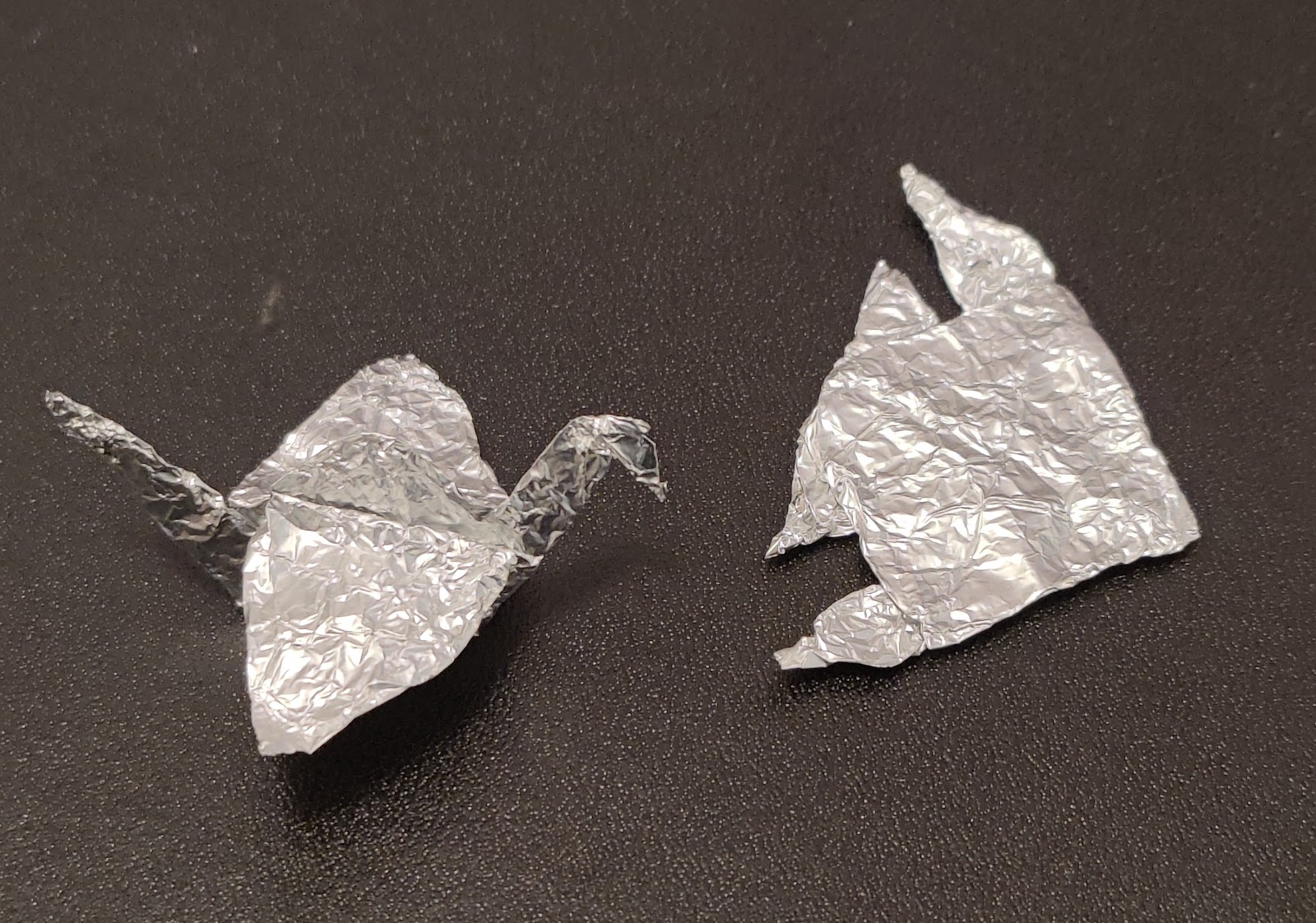 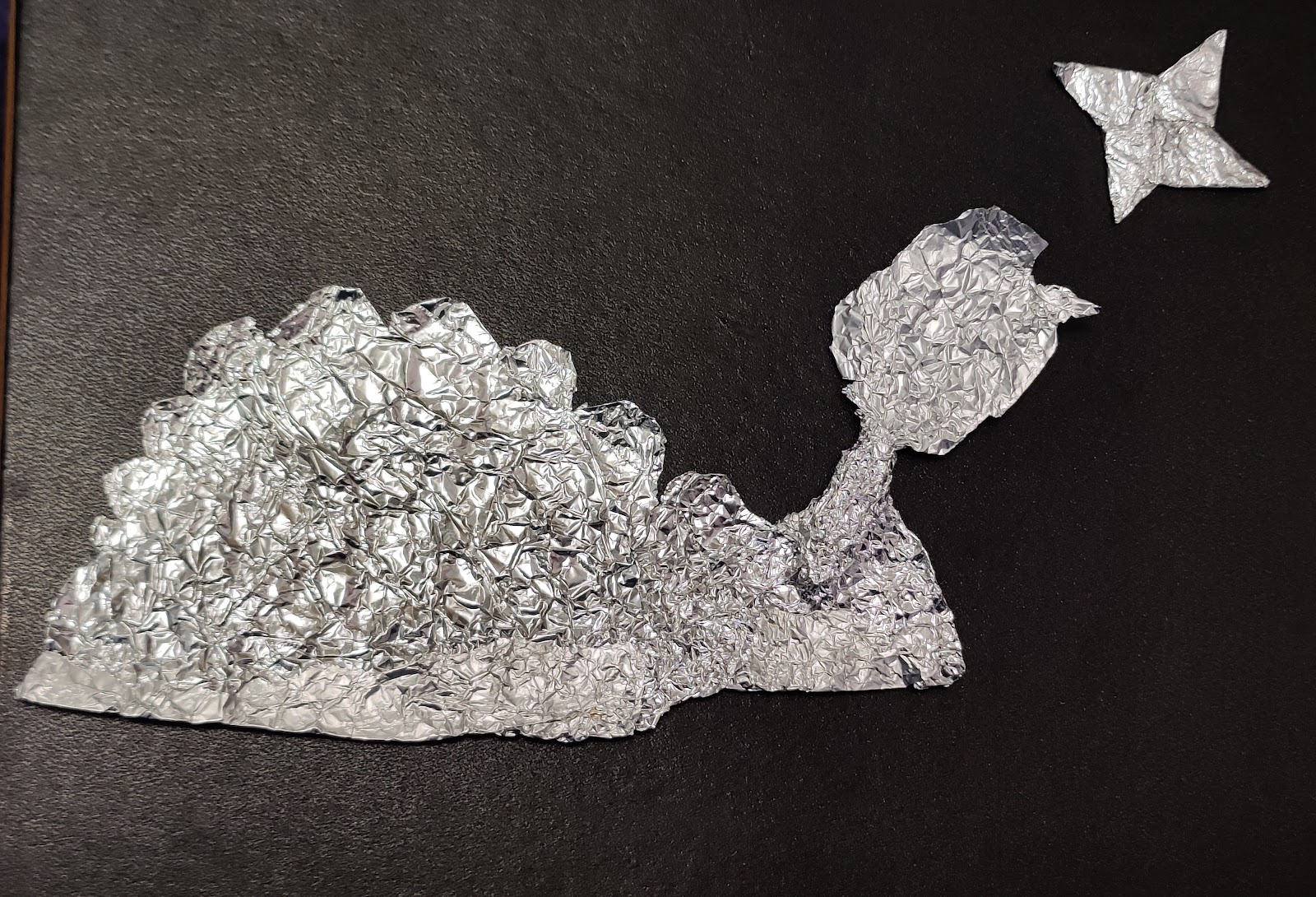