This evening Marlon was telling me that he had several dreams last night.  He often has vivid, dramatic dreams, but not nightmares too often.  Last night he had one where it was raining, and the laneway was covered in snakes, some as big as tree trunks.  A picture that he said he could still see and looked so real.  What surprised me, is that he didn't mention it until bedtime.  At least it didn't affect his sleep.

I went to the farmer's market today, the first time since March.  We used to go every Saturday.  Marlon had thought about coming for the drive but didn't really want to go into the market.  Thomas convinced him to stay home.  He is still sniffling, and sometimes has a cough that sounds like it is settling in his chest.  He is slow to recover.

For a while, he has been wanting a burrito from ZTeca, and I got him one today, but unfortunately, it didn't really work for him.

He still asked to see a friend but the only way is chatting online at this time, at least until he is better.

He was going to engrave his toolbox and I suggested he look into calligraphy.  He did practice fancy writing, as shown with the word hallo, and ended up engraving the M on his toolbox.  He was going to do his whole name but changed his mind after burning his finger (not bad) and realizing it is harder than he thought.  His hand are still very shaky so that is harder for him too. 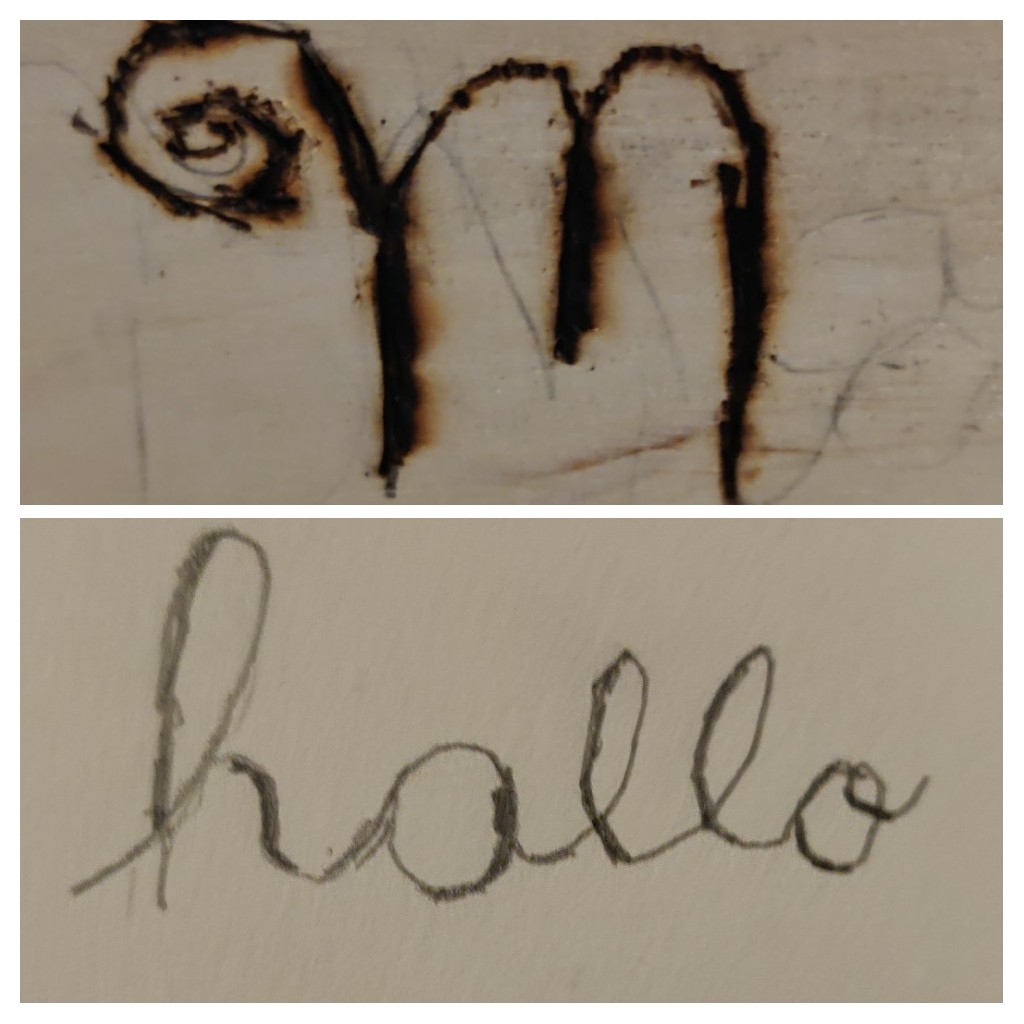 He went outside a while and he practiced running a short distance.

A new table was delivered for Thomas, and Marlon helped put it together. 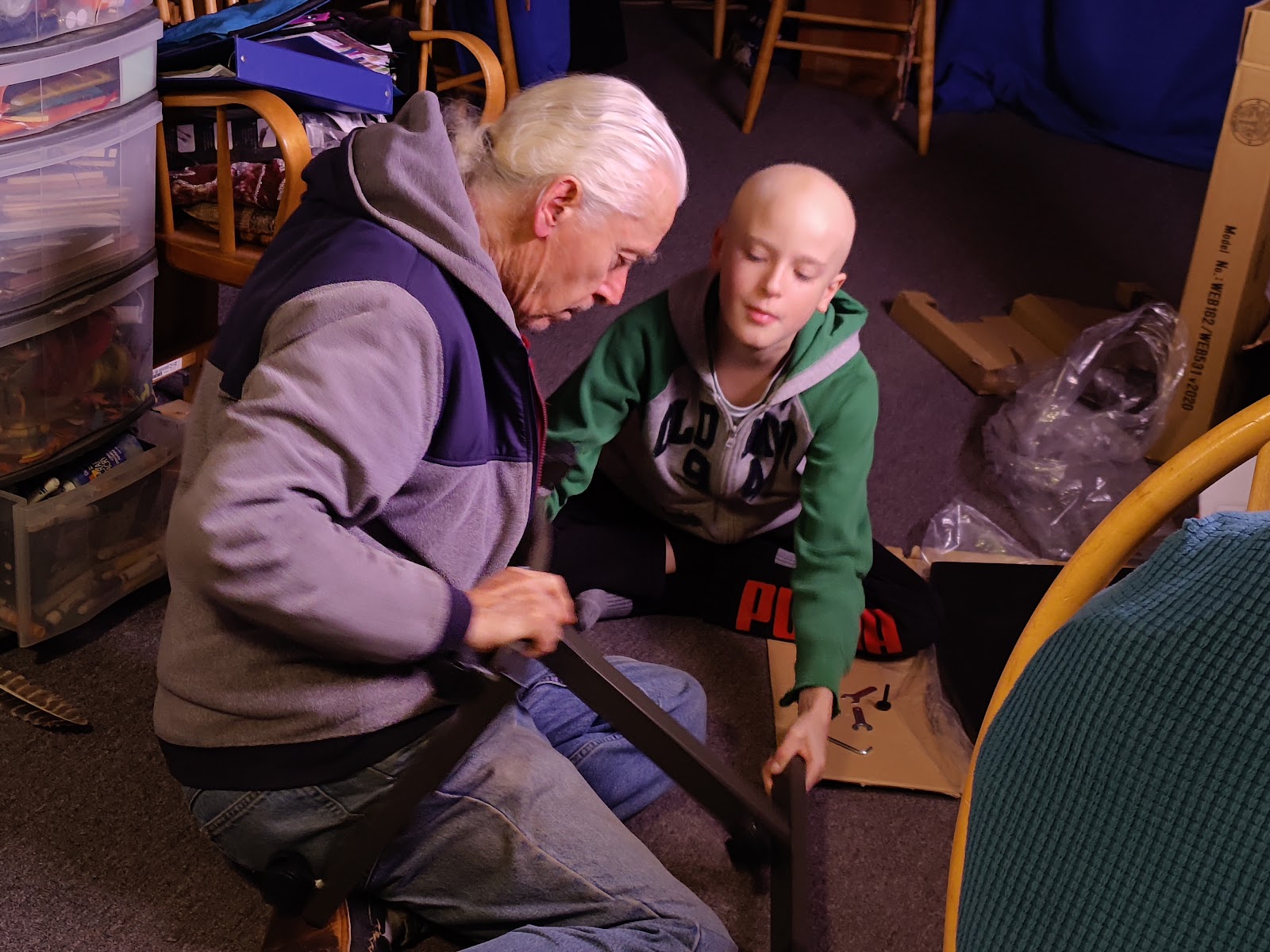 I made chili for supper and he did enjoy that so he had a decent evening meal.  He was spirited, energetic, and chatty again.

Looking ahead, he has treatments and hospital visits each week, but not much chemo so I am hopeful that he will get stronger and healthier.  Hopeful but every day is different!