Not the day I had anticipated.  Marion woke me up around 3 saying he was going to be sick and he was.  He didn't want to be alone so I climbed into bed with him and he continued to vomit every half hour to hour.  Needless to say, we didn't get much sleep.  And I wondered where this liquid to vomit came from.  He only had little sips.  Stomach acid and who knows what.  Nothing solid.  We tried all sorts of things once daylight came and he kept nothing down.  I finally got in touch with nurse Judy around noon

She suggested I try anti-nausea pill again, which I did, and within 20 minutes it was out. So we were told to go to emergency for hydration.  Poor Marlon.  So much throwing up and each time he breaks out in a sweat and then gets the chills from being damp.  And of course, the cold is still there with a bit of a cough and sniffles.  He was crying for so many reasons.  He felt horrible.  So bad.  The retching again and again.  He didn't want to go to hospital.  He didn't want to go to emerg where he didn't know anyone.  He wanted to feel ok again. He did also want to go to the hospital for the security and ultimately it was what he wanted.

Considering the fact that we might be a while, it was also me driving him.  He didn't like that either.  We stopped twice in the way down.  Once while he almost threw up and once while he did.  Admitted to emerg, and in time, he was hooked up, his port accessed again, and hydration started.  Perhaps because he had been accessed yesterday it was extra painful today.  A bolus - a large amount of liquid pumped into his IV.  He tolerated that.  He tried to meet up with friends on minecraft while there and it didn't work.  One more thing to go wrong for him. 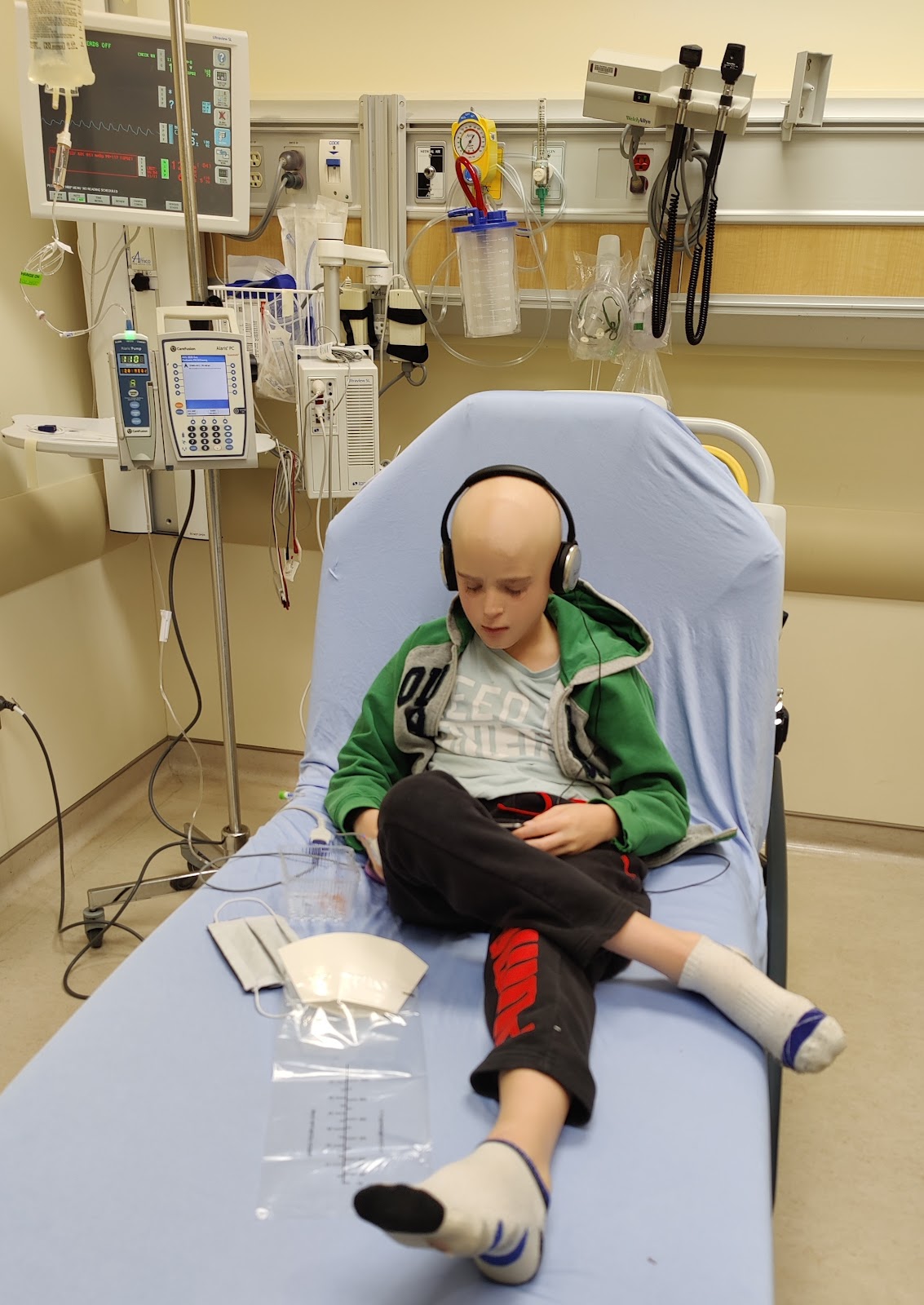 Eventually, he was able to drink and even eat a bit and keep it down.  Yay, by 7 pm he was good to go home.  Stopped and got a pita for supper and then made the drive. 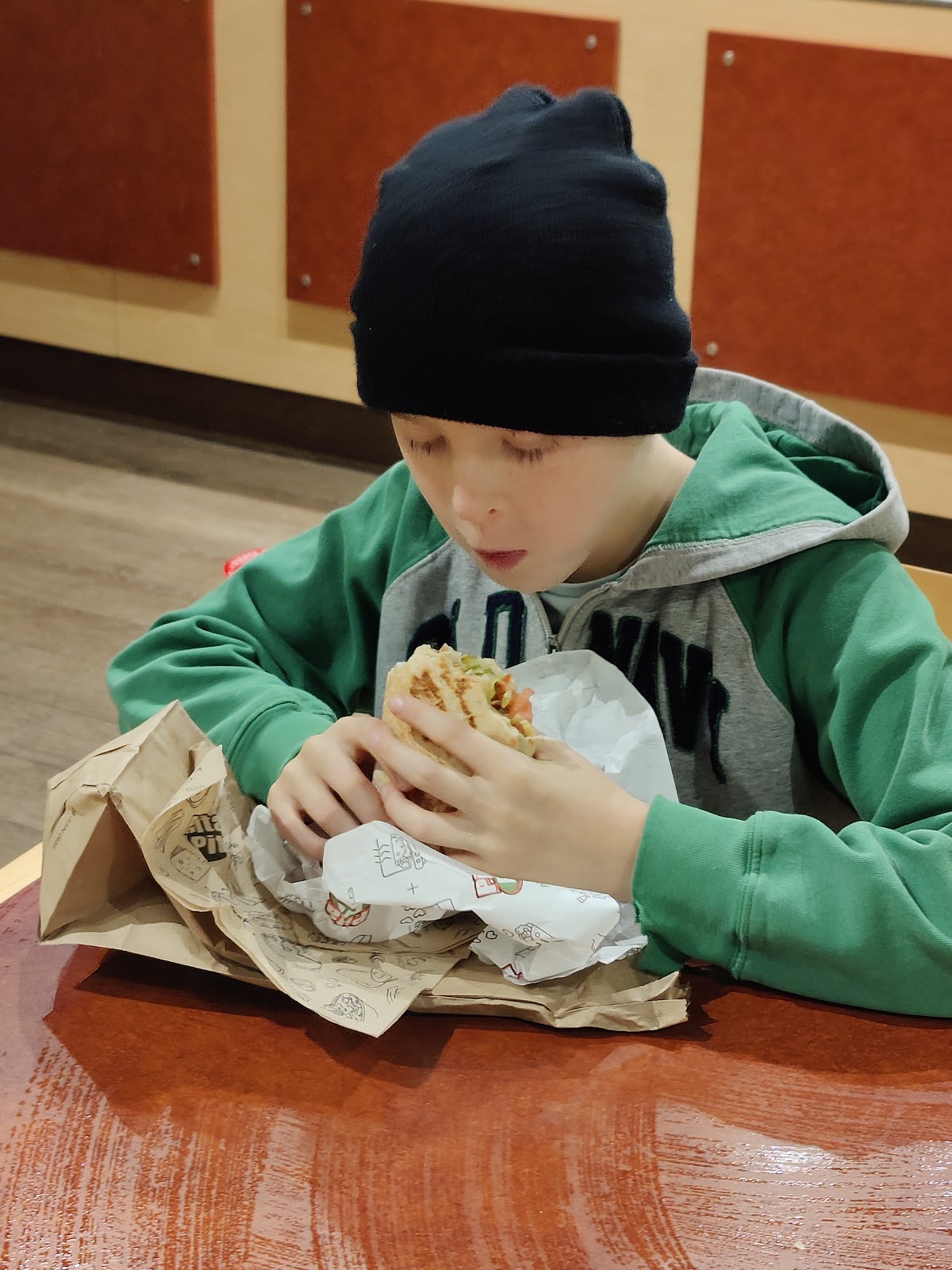 Once home Marlon ate a bit more and went to bed.  I am hoping the effects of yesterday's chemo have eased up a bit!  That was intense!