Last night as Linsy and I left skating, I went to the car to open the door.  It doesn't have a clicker, so we use the key.  We have been having a hard time turning the key ever so often. I was having a hard time.  I wasn't able to unlock the car.  I was trying to get the key in the passenger door, when the doors clicked open.  Linsy and I looked at each other in surprise before we realized I was trying to unlock the wrong car!  Another girl that skates at the same time and her mom were walking to the car.  We all had a good laugh that I was trying to steal their car.  I mention it now because it has continued to make me laugh throughout the day when I remember my stupidity. Nice to laugh!

This morning, Marlon woke up earlier than usual.  The congestion in his head stopped him from breathing through his nose, and he was uncomfortable.  Other than that, his mood was not unpleasant.  Finger poke took a while today, as there were several people ahead of us.  We got to clinic and waited around for a while before the proceedings started.  We were informed he was to have a blood transfusion as well as the chemo.  This particular chemo needs extra liquid, so they injected via the IV before starting the chemo.  A bit of a wait for the blood, then it was started.  Marlon's weight dropped almost a full kilo in the week.  I am not surprised as he wasn't eating much, and a couple of days he threw up most of the food.  A new game plan to make sure he eats: a sticker chart.  Marlon seemed to think that idea will work for him. We were at the hospital from 830 until 3 today.  A long one.  While Marlon is having the fluids pumped into him he is sitting watching TV.  No big hardship and he felt ok. 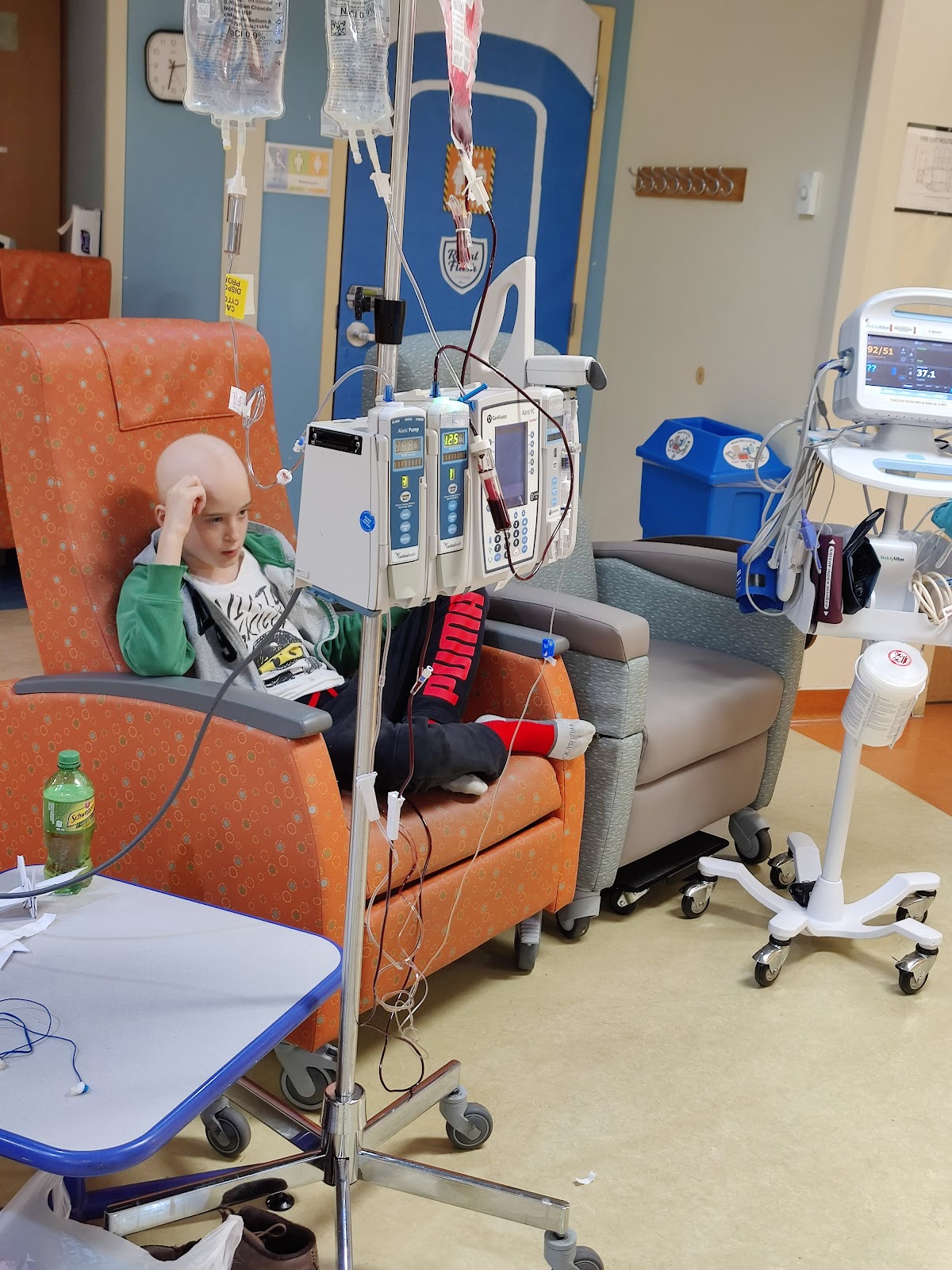 When we got home we walked to the mailbox to be outside a little bit on such a nice day.  He threw some leaves at me and when I picked some up to throw back he awkwardly ran away.  Still not at all nimble.  And a small run takes a lot out of him.  Playful though...

He got to play Minecraft with a friend when we got back.

Even though Marlon is still sniffling and coughing from the cold it was a fairly good day!  He didn't feel too bad, was able to eat a decent amount of food and his temperament was pleasant.

Now we have a week until the next appointment.  We will see how he fares after today's treatment.