Weather-wise a day with rain and snow and wind and cold.  Luckily we did manage to get outside in the brief moments the sun was out.  Needed to collect some gravel to fill in holes on the laneway.  Farmer Hank from nearby had some old broken up pavement we were welcome to use.  Marlon came along to show his face.  The other day when we ran into Hank we told him what Marlon was dealing with.  Not much said but it was good Marlon came along.  He didn't help much but Paco and I filled up several buckets.

Later in the afternoon, I thought we might go outside to get some wood to bring to the steps but the skies opened up with blustery snow.  A while later, we were able to get that done.  Just as I got inside Marlon said he had been ready to join us. For a while, a spider had been uncovered, and was there on a piece of wood until I knocked it down.  Hope I didn't hurt the spider, it was not my intention. 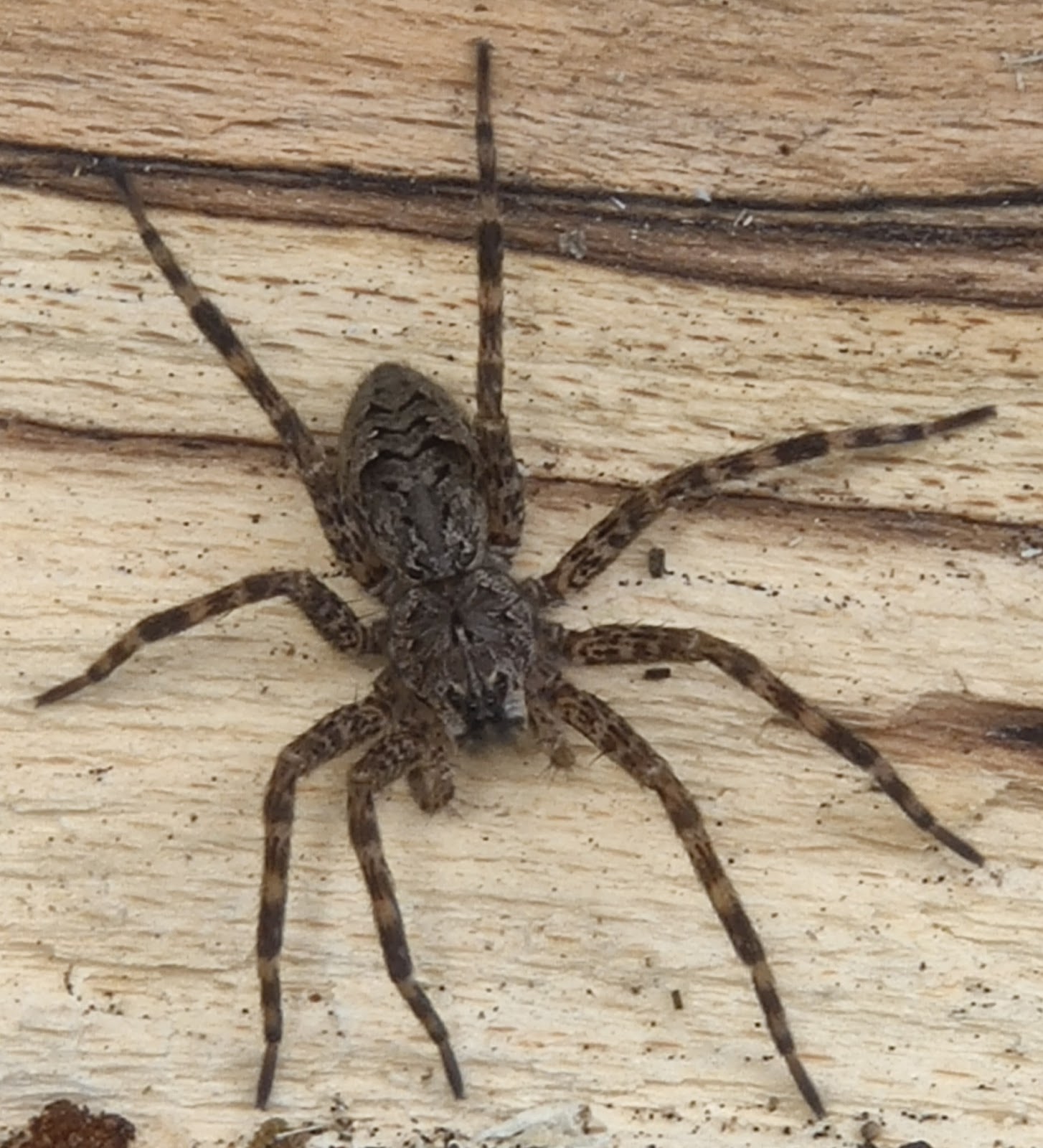 Marlon is pretty restless and I feel that is a good sign.  He said he still can't run.  His legs feel like fainting if he does.  But he can move around so much more freely.  Dancing and gently bouncing around.

One more day before our hospital holiday is over.

Yesterday's picture was pizza cat, a drawing that Marlon made a while back.  Today he drew a different pizza cat. 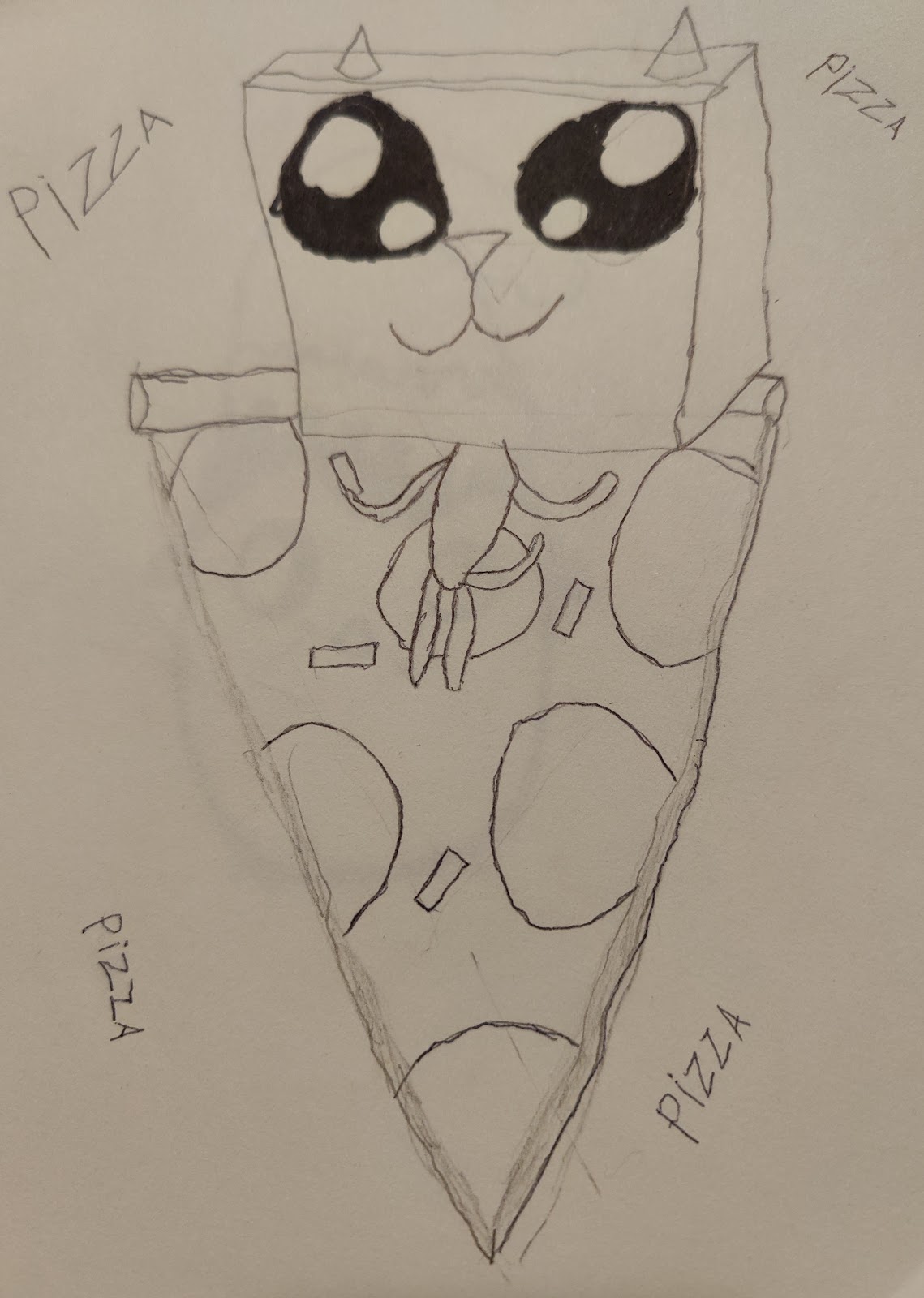 One thing he often does with aluminum foil, is make stick figures.  I like the way this guy seems to be break dancing and has a halo from the reflection of the light overhead. 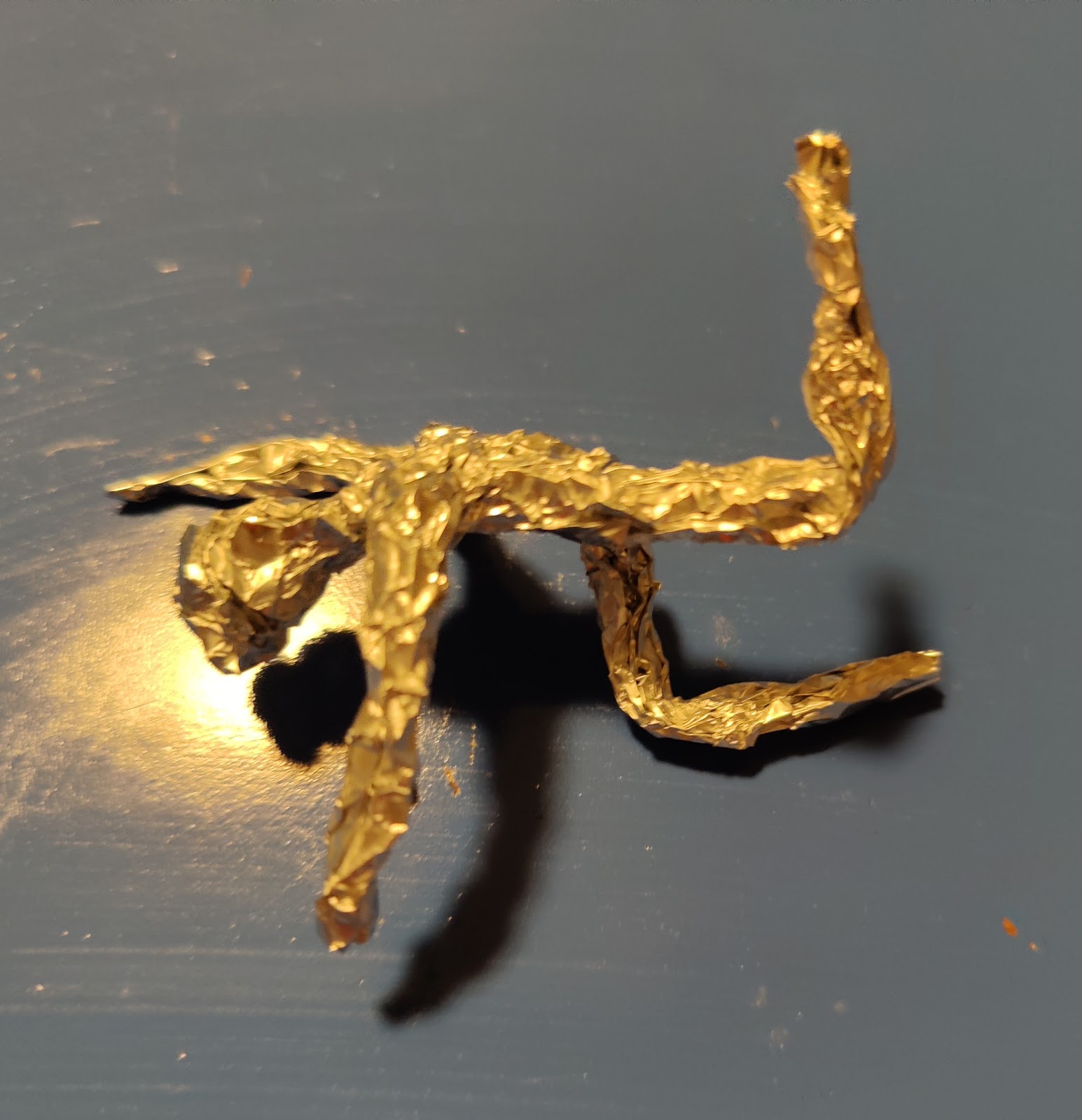