Three falls in three days.  This is not what I expected!

Another fall after a trip to the washroom today.  It has been hard enough to convince him to walk anywhere.  Even though the washroom is across the hallway, he doesn't want to walk the 20 feet to get across the room and hall. I finally convince him to, and he falls just as gets back to the bedroom.  He feels he tripped over his shoes.  When you are just shuffling your feet it doesn't take much to stumble, and when you are so weak, you don't have what it takes to stop that stumble from turning into a fall.

Later in the afternoon, another patient was brought into this room.  I had a chat with him when I was going to the fridge which is on his side of the room.  Arabic family. Marlon was curious to hear his mom talking on the phone.  I just couldn't stop smiling from my previous connections to the language.  He is turning 16 soon and youngest of eight children.  He has the same kind of Cancer as Marlon: Philadelphia positive  ALL.

He likes to talk so I learned a lot. He was diagnosed in April 2019 and is in right now because he had a fever but has had a real ride over the past year and a half. Marlon and Rashad are both 'fallers' and are both hoping to be discharged tomorrow. 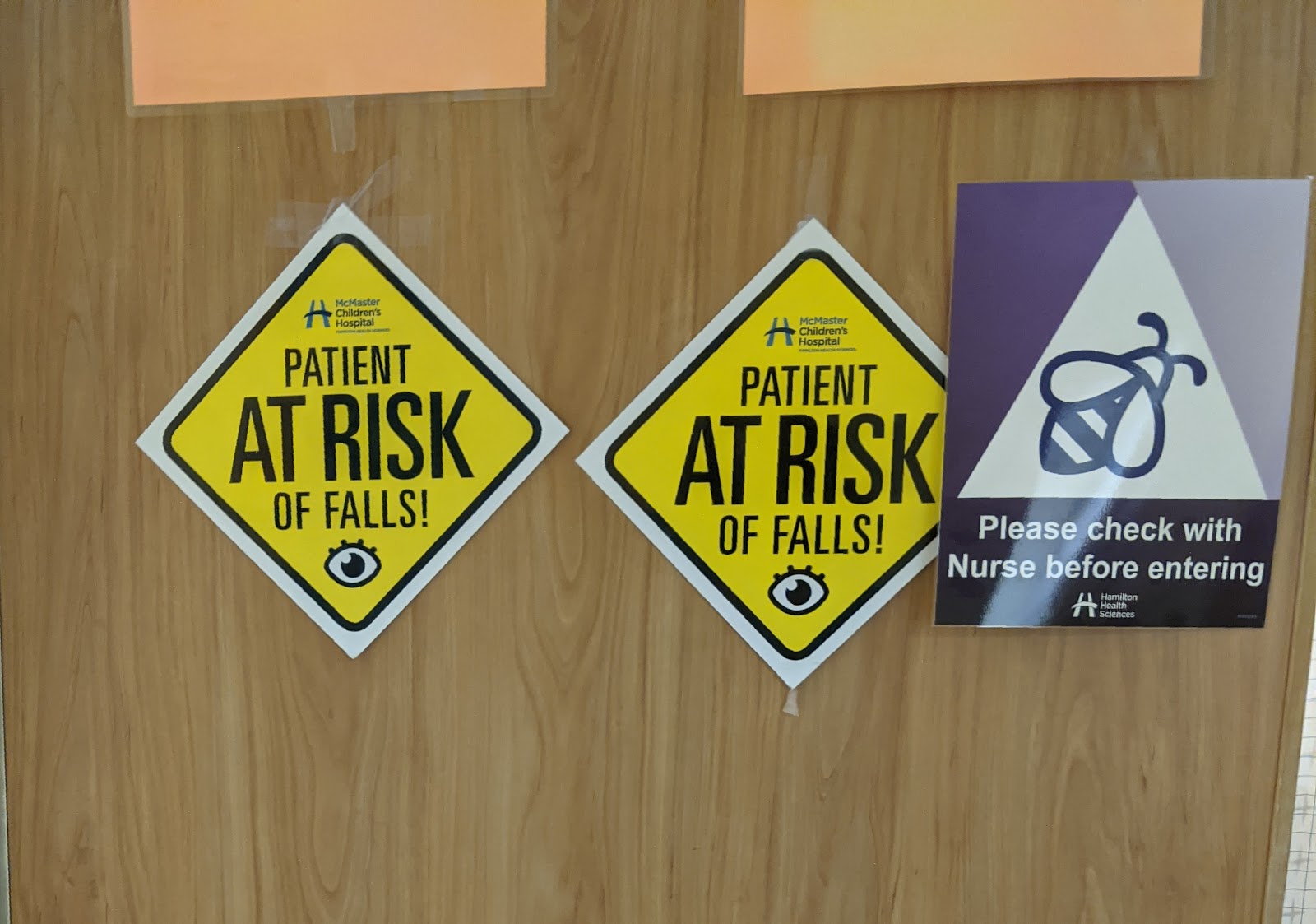 Marlon has been getting all sorts of things to help his bowels along.  He has also had a lot of food dripped into him via the tube. He dislikes the full feeling of having the food and medication in his stomach.  This evening he lay down after sitting up for a while, called for the bucket and threw up.  Afterwards he said ' I needed that!'.  The relief from emptying his stomach. Then we went to the washroom and he had a decent bowel movement!  So he cleaned himself out. The evening nurse normally comes around 8 but today was after 830 so Marlon had extra time being empty.  The thought of the drip (aka formula) brings Marlon to tears.  Almost 10 by the time he gets more meds in and then the feed will start overnight.  I made the mistake when the nurse was here, of mentioning the amount (80ml/hour) to be pumped in and Marlon freaked out. No way!! Too much!  To date the most he had was 70ml but he thinks even less than that. Eighty was their goal for him before being discharged.  Twelve hours of 80 ml every hour.  That is about 4 cans. Especially considering he is starting that from empty, except for the meds, I think he will be fine.

It really felt like the rainy Sunday it was. Marlon had more screen time than usual.  He appreciates the distraction when he is so uncomfortable. To be honest I do as well.  Downtime for me. Too bad there is no distraction from the discomfort in the night.  Not much sleep for either of us.

Here's to hoping the night goes well and he is discharged tomorrow!!