I keep hoping not to have to give Marlon the anti nausea medication, but once again in the morning, he is asking for it.  He feels he needs something before he can even contemplate food.

Last night, I thought it would probably be better if we stayed home today and had a quiet day but there was something Marlon wanted to do.  He did not want to stay home.

Shortly after lunch we headed off to Elora where they are having Monster Month.  Downtown is decorated with all sorts of monsters.  All white, looking like wire frames with a sort of paper maché coating.  In town there is also a scarecrow contest.  A couple of families met up and we wandered, admiring the ghoulish monsters, only seeing one 'scarecrow', which Marlon called Bunnicula (he has read book by same name). 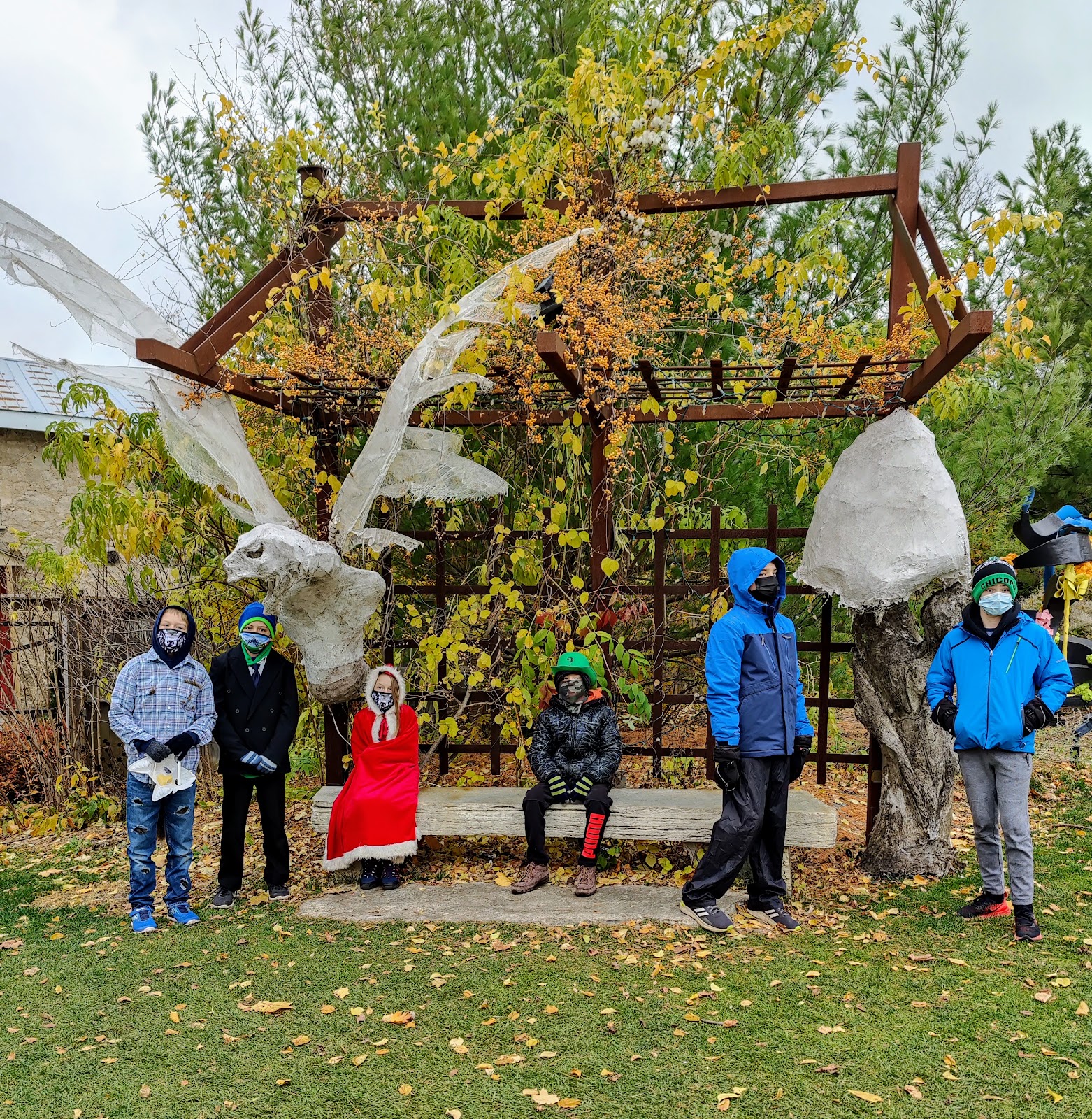 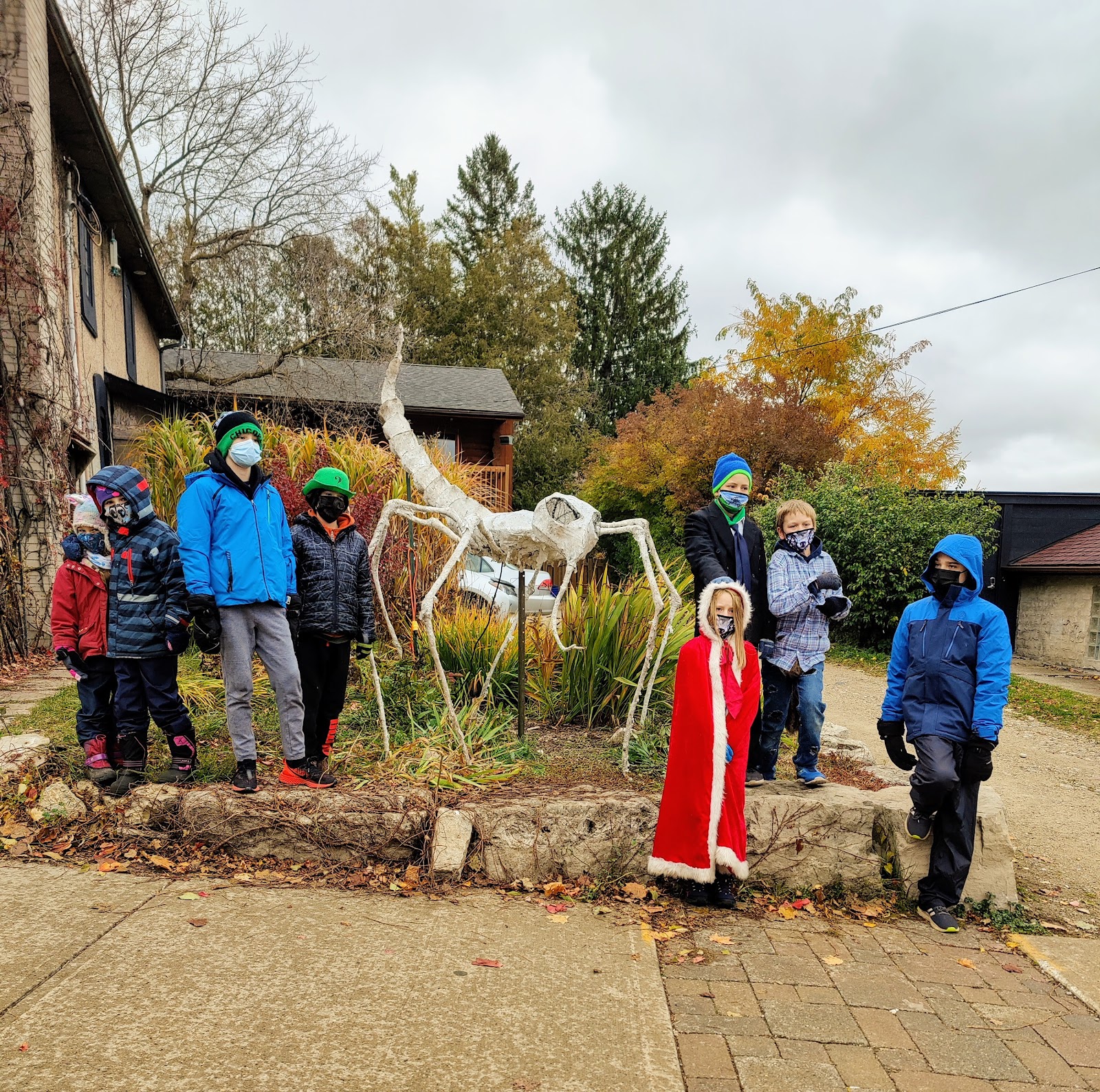 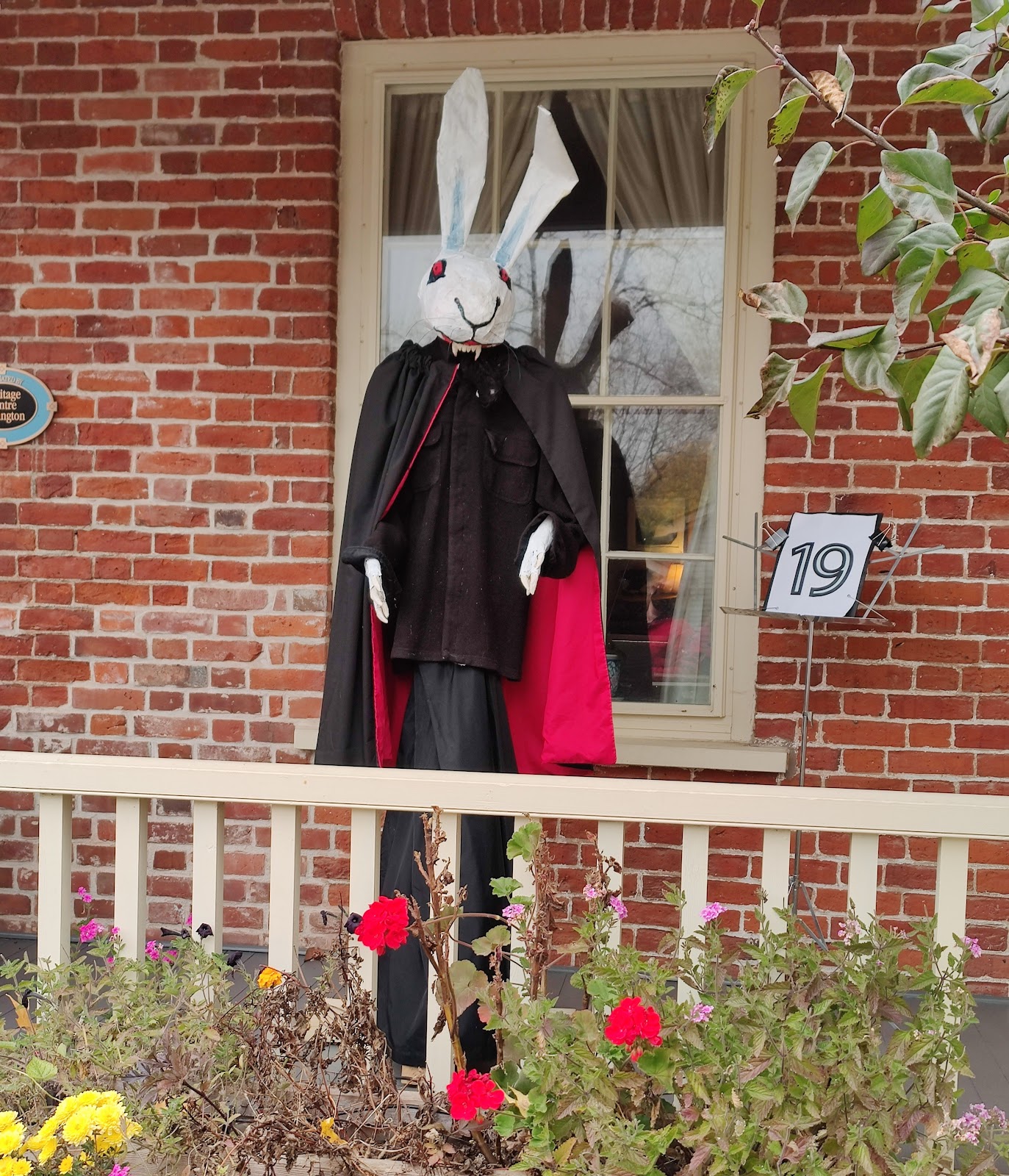 By the time we were done, we were both chilled.  It was wet and windy and I do think it was too much for Marlon.  I kept checking in with him, but he insisted he wanted to continue, and when he said he was done, we returned to the car and I cranked up the heat.  I think he liked the opportunity to be 'normal' and do an activity with the group.

On the way home, I turned the car around to return to this 'modest' tree.  Such a distinction, the top from the bottom. 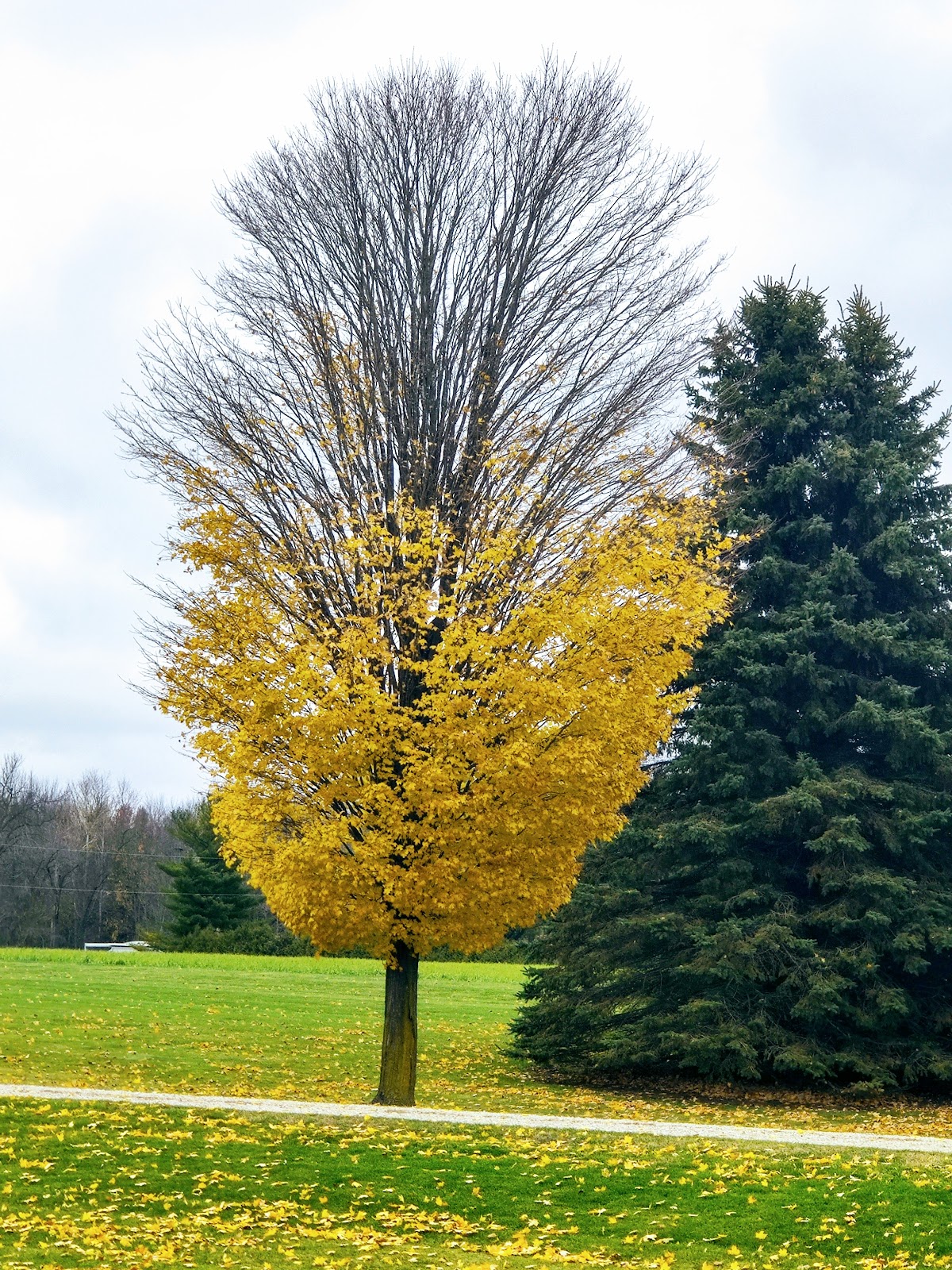 When we got home, Linsy was at work and Paco was upstairs working on two tests.  Marlon had computer time and a little to eat.  He was reading and said he felt nauseous and did end up throwing up.  He didn't eat anything else but just went straight to bed.  Hopefully, after a good night's sleep, he will feel better.  Tomorrow will be a quiet day with no plans. Recovery day.