Definitely not the day nor the outcome we expected.

An early start to the morning to aim to get to the hospital for 730.  We did pretty good with that respect.  I undressed and dressed Marlon while he pretended to be asleep.  For the drive, he rests against me.  So tired.

Finger poke and then go to clinic with the assumption he will get his chemo and be sedated for the lumbar puncture.  The clinic was all decorated for Halloween week.  The theme is construction and the nurses and helpers are all dressed as construction workers.  We were very impressed. 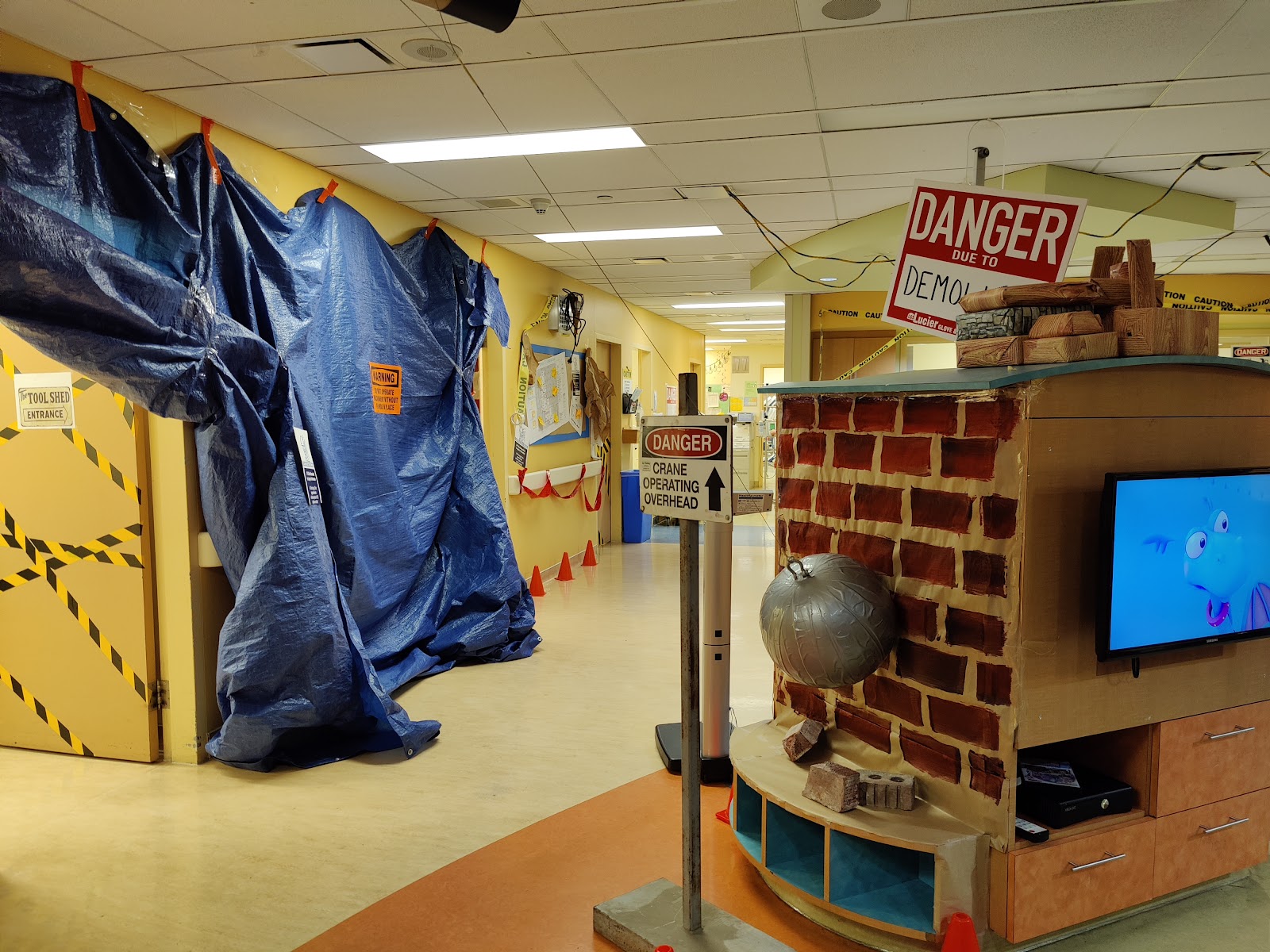 The wrecking ball of the crane, a door covered with a tarp, the construction tape.

There was a wall decorated with a bristol board bulldozer. The door to washroom decorated as an outhouse (Royal Flush). Another door decorated as a food truck. Danger and construction signs all over. One of the signs read 'Danger due to no caffeine'. Wonderful creativity and humour. Each child at clinic in the week will also receive a treat bag.

I meant to take more pictures but was distracted.  We heard that, because Marlon's blood counts were still low, there will be no treatment this week.  No hospital visits required until next Tuesday, and then be prepared for 4 days in a row.  Change of direction!  When Louise (her birthday today) dropped us off, I said we would be at least 2 hours, likely more. Then I was messaging her an hour later saying we were almost done.  Marlon didn't need to get his port accessed.  The doctor came by and told us that, realistically, he shouldn't have been treated last week.  The platelets and neutrophils were below the recommended level.  No treatment allows the blood to rebuild.

Marion was a little disappointed because he had thought he might dress up like so many of the others were doing.  Last night he decided not to knowing he had 3 more days.  Once that disappointment was taken care of he was happy to consider the week.  'I want to see friends!'  Another good thing for Marlon was that book 6, final book of a series he has been listening to, was available for download from the library.

Louise treated Marlon to a breakfast sandwich and gave us a scenic ride up the mountain on our way home.  Back before 11am.  For the rest of the day, Marlon either plugged into his book or had minecraft time with friends.

Another picture with half the bulldozer. 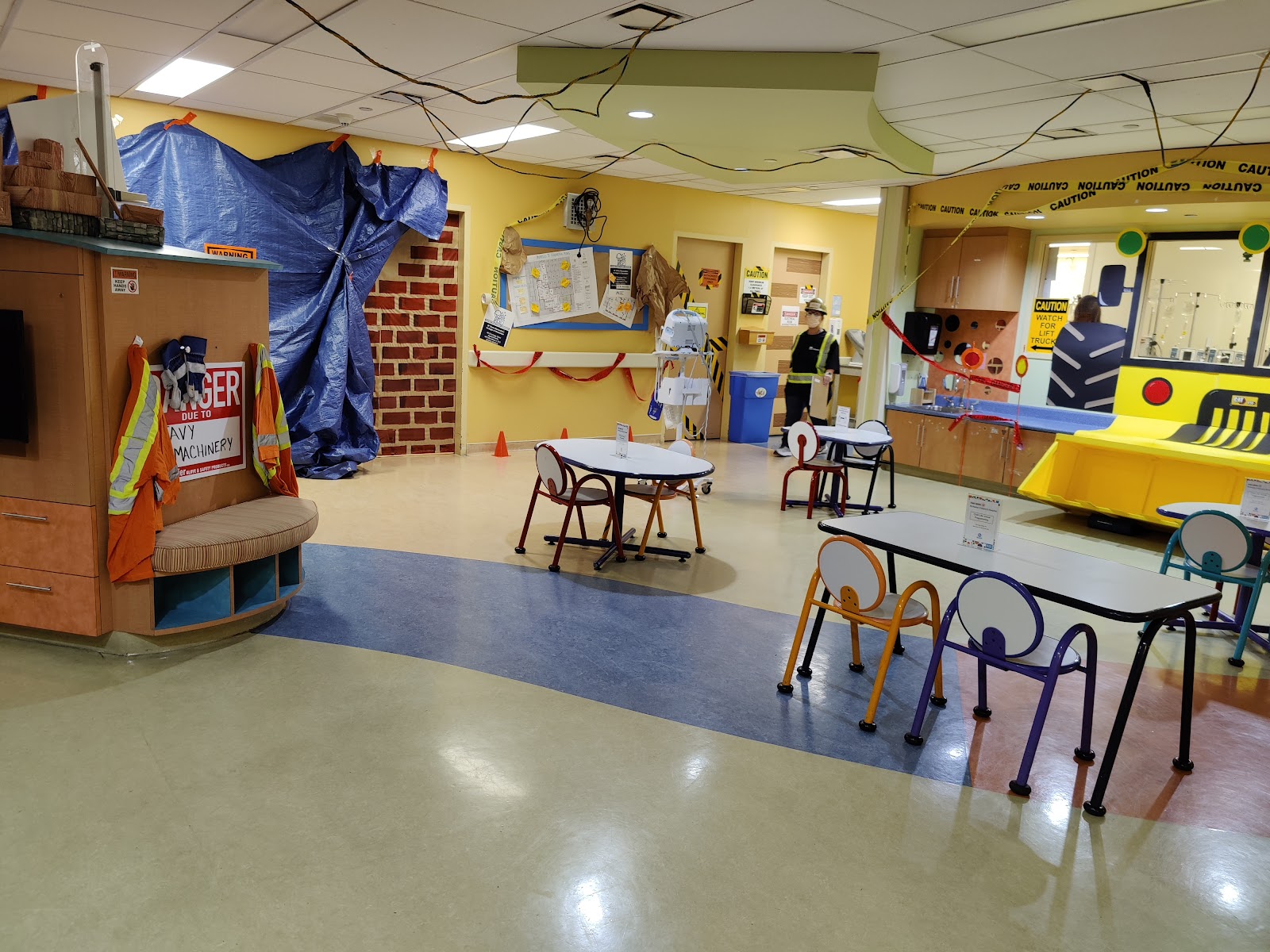