Going back to yesterday's comment about my job being Marlon right now.  As Moira pointed out to me, while I am at home I am so much more.  I gave Linsy several drives, I worked in the garden, I split wood, I cooked, I cleaned…  In the hospital, it is so much easier to give him my all.  At home, I do what I do at home AND I am here for Marlon. What and how much he needs changes all the time.

He seems to have moved beyond that time when every step or movement is premeditated.  You know those times when you're feeling so sick or tired that even to go to the washroom takes all your might to make the trek.  That is how he has been for quite a while now. Today there was more freedom of movement. I saw him bend down to plug in the stereo when every other time he would ask me to.  He gets down on the floor and back up again. He will wander into the kitchen and just go here or there.  A couple of weeks ago sitting upright and holding his head up seemed like too much effort.

Today Marlon did a few crafts.  Putting together a log cabin birdhouse and origami animals. 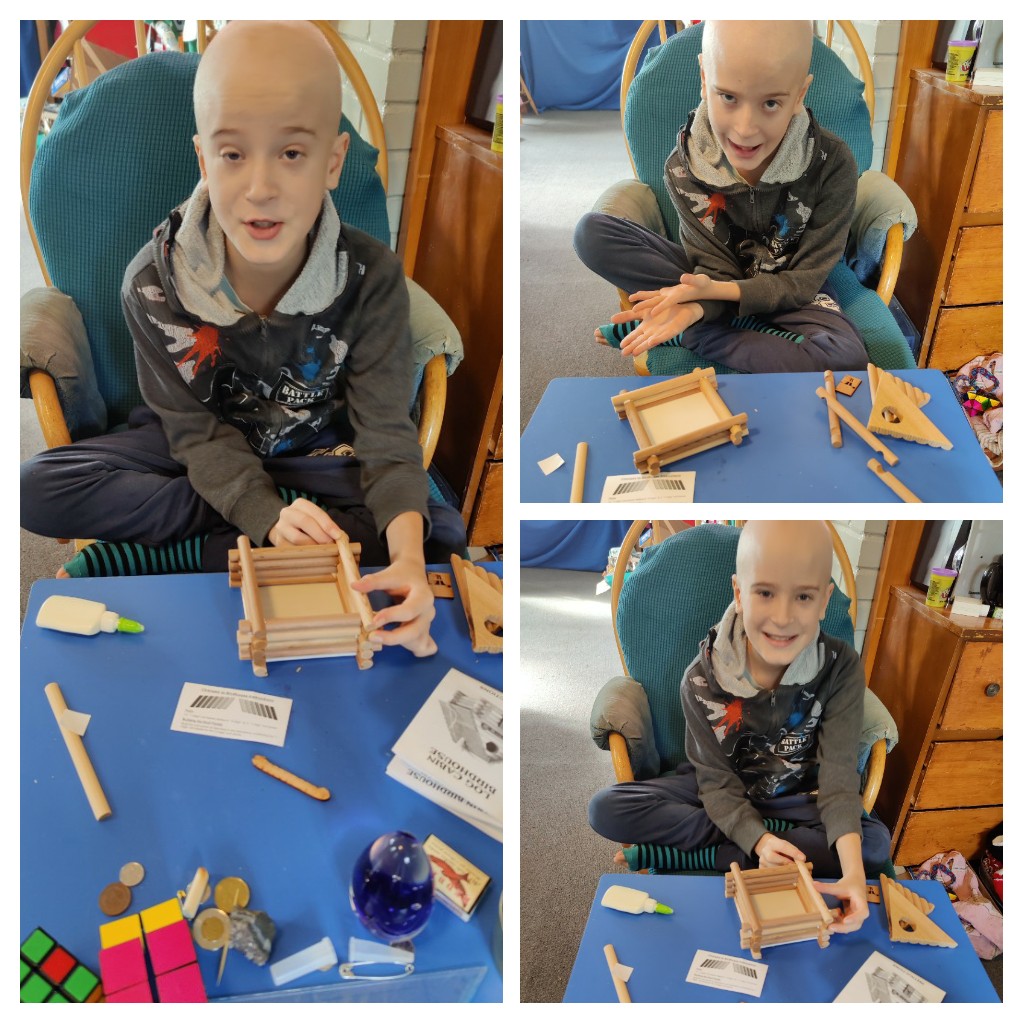 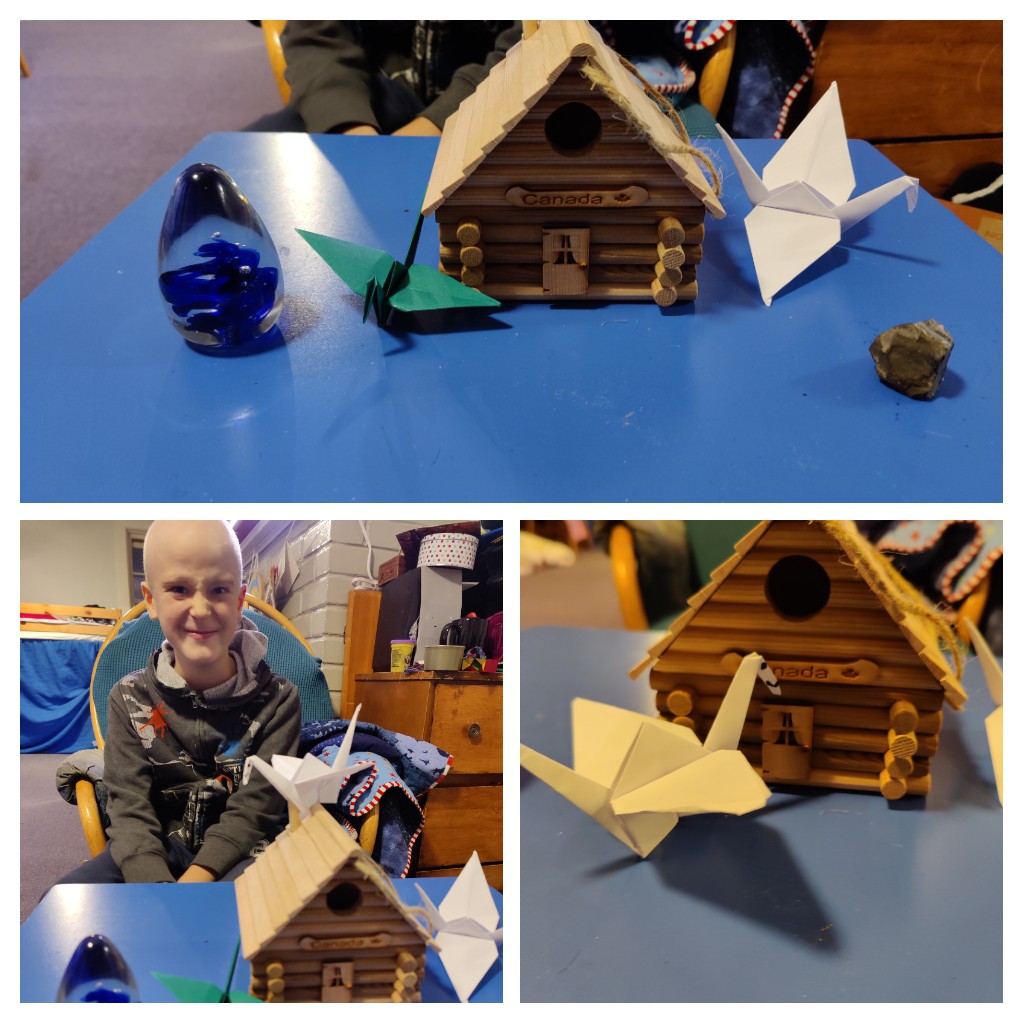 He didn't get outside much.  Paco and I went to another part of the property where Pat, our landlord, dumped a bunch of old pavement.  We went to collect some to fix up rough spots on the laneway.  Just as we were getting started, the farmer, who had been collecting grass in the field, drove out with his tractor and we chatted for a while. A friend drove by and also stopped to say hi.  We did get the pavement and patched up the spot on the laneway where is was getting pretty messy.  Normally Marlon would have joined in and helped out and he did consider it today but I had just given him his lunch.  Again, just the fact that he considered it...

By the end of the day he is done.  By 730 his system is shutting down and exhausted.  It still seems to be 9 by the time he actually gets to bed.

While Marlon is otherwise occupied or listening to his own book, I am often listening to a book as well while cooking or cleaning.  I am inspired and awed by the current book: 'Buffy Sainte-Marie, The Authorized Biography'.  She is so much more than a musician, so powerful and humble.  Still creating music and putting out albums well into her 70's and still changing the world.

One more picture.  Marlon wanted the crane to look so big… 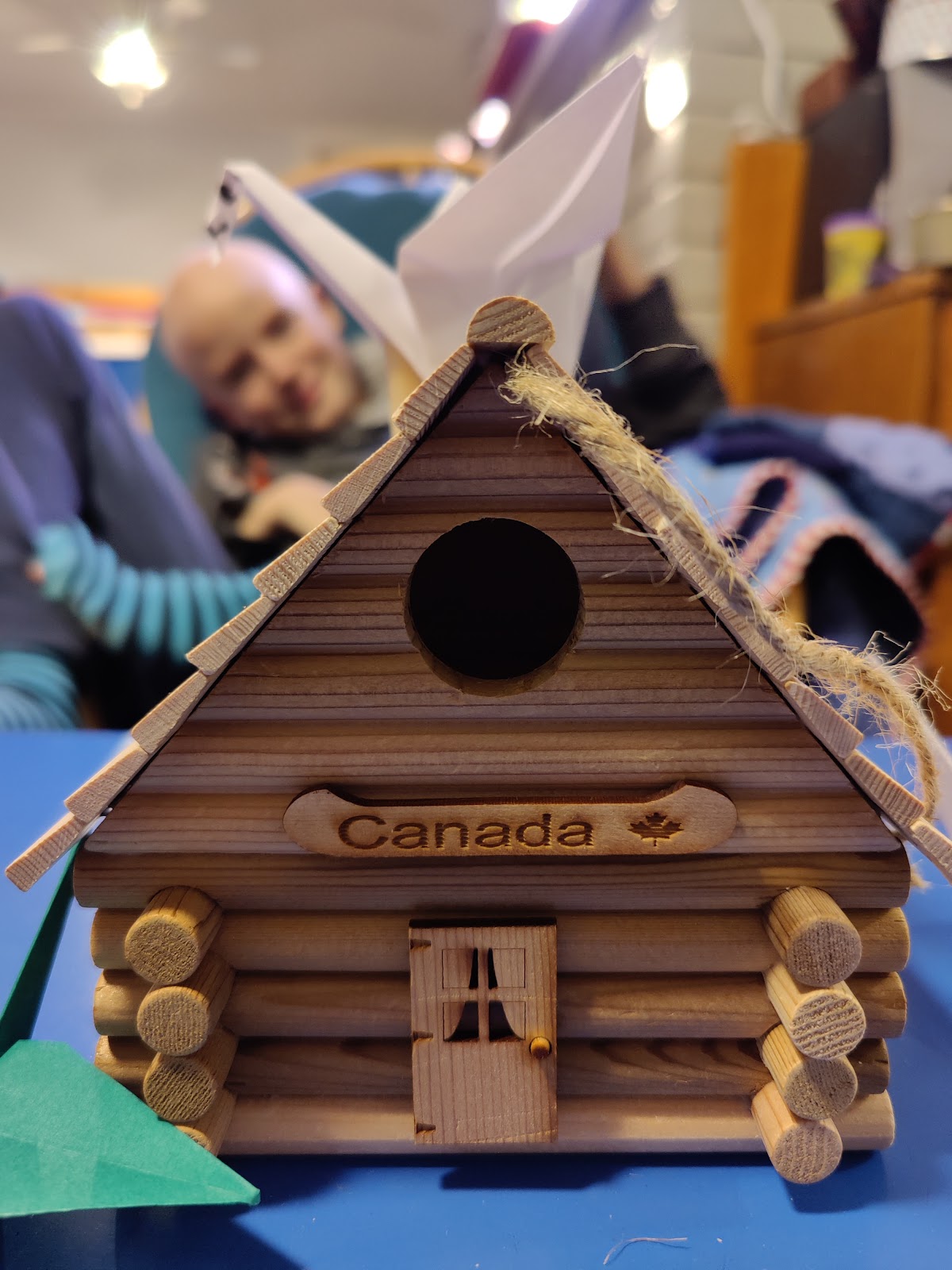