Marlon felt like he was being woken up very early but it was almost 8am.  He had a good cry and cuddle before he was ready to get in the car to head to the hospital.

Finger poke, then to the clinic.  They check 3 main parts of the blood: RBC, aka red blood cells, platelets, and neutrophils. All of his levels were low and we were told he would need a transfusion.  He will get another finger poke on Friday to check the platelets to make sure he doesn't need a transfusion of them.

What that meant to us though is a long visit.  Start to finish we were at the hospital for close to 6 hours.

While the blood was being dripped in, I agreed to go get Marlon Subway for lunch.  His appetite has been quite low the past few days so I would have gotten him whatever.  When I came back, the power was out.  There are generators for things like lights and certain outlets.  Some lighting, so we weren't in the dark.  Actually it was relatively quiet. For a while there was another young boy also getting blood (he and Marlon were the only patients left)  He was chattering happily, with his mom.  Then they took him to get a poke of some sort and his cries were heartbreaking, 'No, please, no!' again and again and the cries got louder and then it was done and all was well. Brought tears to my eyes, especially to consider he was still saying 'please'.

Earlier there was a baby in a car seat and all the way up one side of the handles were her wrist bands from hospital visits.  These little things are such big things and so poignant.  So much content, such a big story.

When Marlon's appointment was done, the power was still out so he had to walk the stairs to get to the main lobby.  Good thing it was down and not up.

What a gift the volunteers that choose to drive cancer patients to and from their appointments.  We are so grateful to Louise! She shares her time with us.  Today was a full day and she just stays and hangs out while Marlon and I are in the hospital.

I did find out while we were there, the Philadelphia positive count of the leukemia, is also way down.  Another good sign.  It doesn't shorten the road but I choose to believe it is a good sign for complete recovery.

I don't remember for sure but I think it is a week since Marlon has vomited!!  He was feeling pretty rough ever so often throughout the day but he kept the food in and the headache has finally diminished.  Jane, the social worker, was saying that parents' moods have a correlation to how their child is feeling, and I completely see that.  It is hard to feel happy or upbeat if the suffering is intense.

Hanging out in clinic while the blood drips... 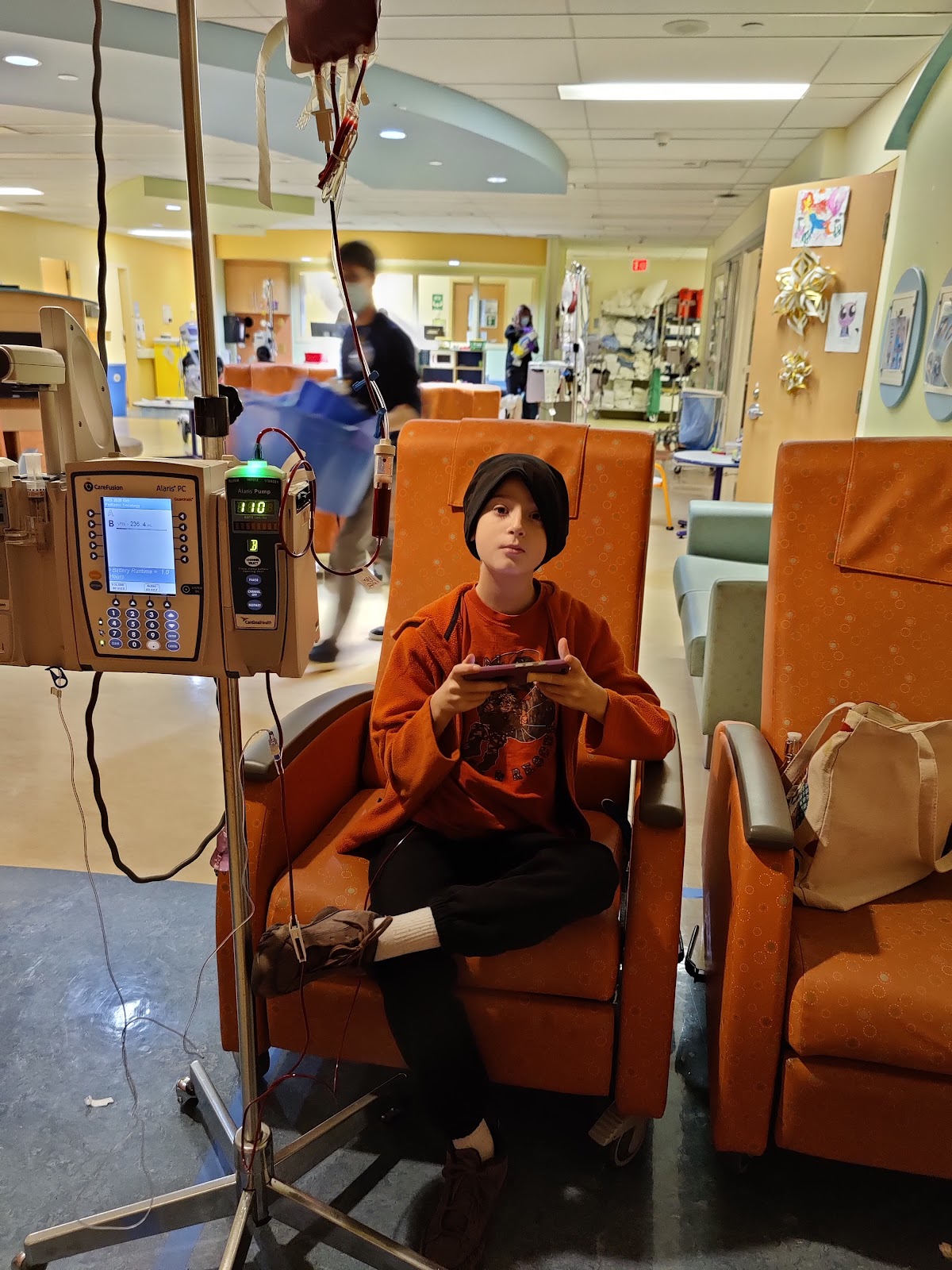