It is hard to see this weak little boy that just barely hobbles along, needs help getting from lying to sitting or sitting to standing.  He considers a tiring walk going about 20 feet though for him it is a shuffle not a walk.

I lay down beside him today and my breathing changed as I overcome with sobs as I thought of what he is going through.  But I try not to cry in front of him.  He is watching me.

He was feeling tired of the constant formula being pumped into his stomach through the feeding tube.  It is not really that much but more than he is used to.  Tonight formula will be pumped into him for 14 hours at 65ml/hour. They are hoping tomorrow night will be 12 hours at 80ml/hour.

At first they were saying he could even be discharged Saturday because he seems to be handling the tube well.  He said no.  So likely Sunday.  Once here he didn't want to go home.  Marlon feels safe in the hospital, and he has most of what he needs which isn't much.

Now I am thinking that I want to see that his bowels are mostly back to normal before he is discharged.  He had two bowel movements today but not nearly enough.  Still constant pain and discomfort in his abdomen.

I have heard that young children don't necessarily remember the treatment and what it was like.  My sister, Olivia, mentioned to me tonight that PTSD is common in those that do remember.  Not something I had previously thought of but makes sense.

While sitting here contemplating it all, I hear a blood curdling scream from another room nearby.  Lots of screams and yelling.  Marlon not quite asleep yet needs to go to the washroom.  While he is sitting there attempting to clear more out of himself we are listening to this poor child and his tantrum, nurses running, and then quiet.  I assume he was sedated.  After getting some poo out we are about to leave the washroom and Marlon gags, turns to the garbage and empties his stomach.  Perhaps the increased amount going into his system including a sub he mostly ate during the 2-hour tube-feeding break, maybe the stress of the situation and timing, and also just having been on the toilet and pushing.  So many contributing factors.

This afternoon I went down to the pharmacy to pick up medication for home and the pharmacist was about to explain it and she was asking if there was someone else that may be helping with it. And then she said something like 'Oh you are his mom!' I realized she had been thinking I was grandma.  When I was younger I thought that if I had kids i didn't want them to have older parents like I had (youngest of 5 with a 6 year break before me). And whadya know?! They have even older parents and I managed that 6 year break between second and youngest.

This time around Marlon didn't care about a picture on the name label outside his room.  I asked Maria to see if she could find a warrior emoji. 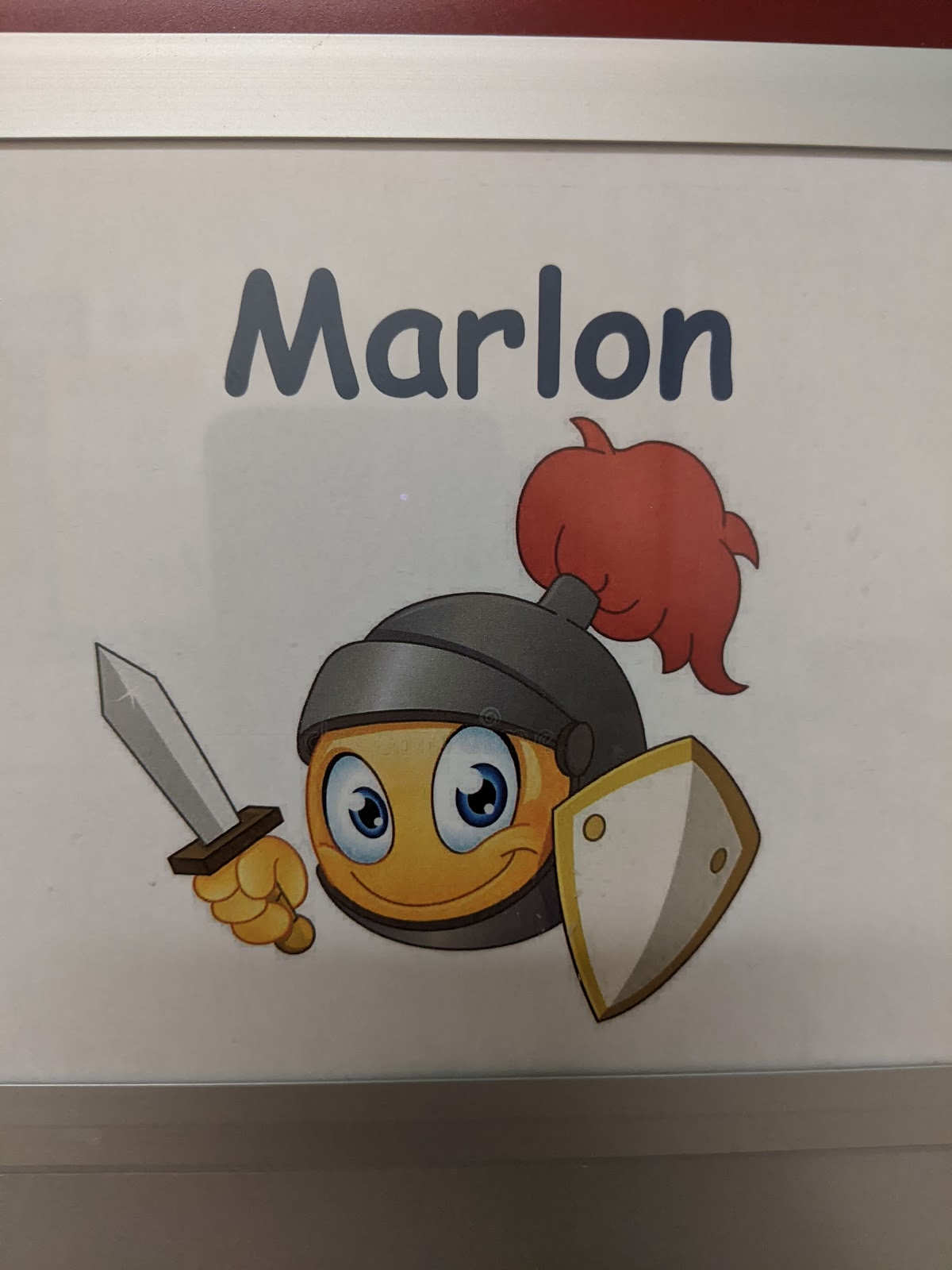 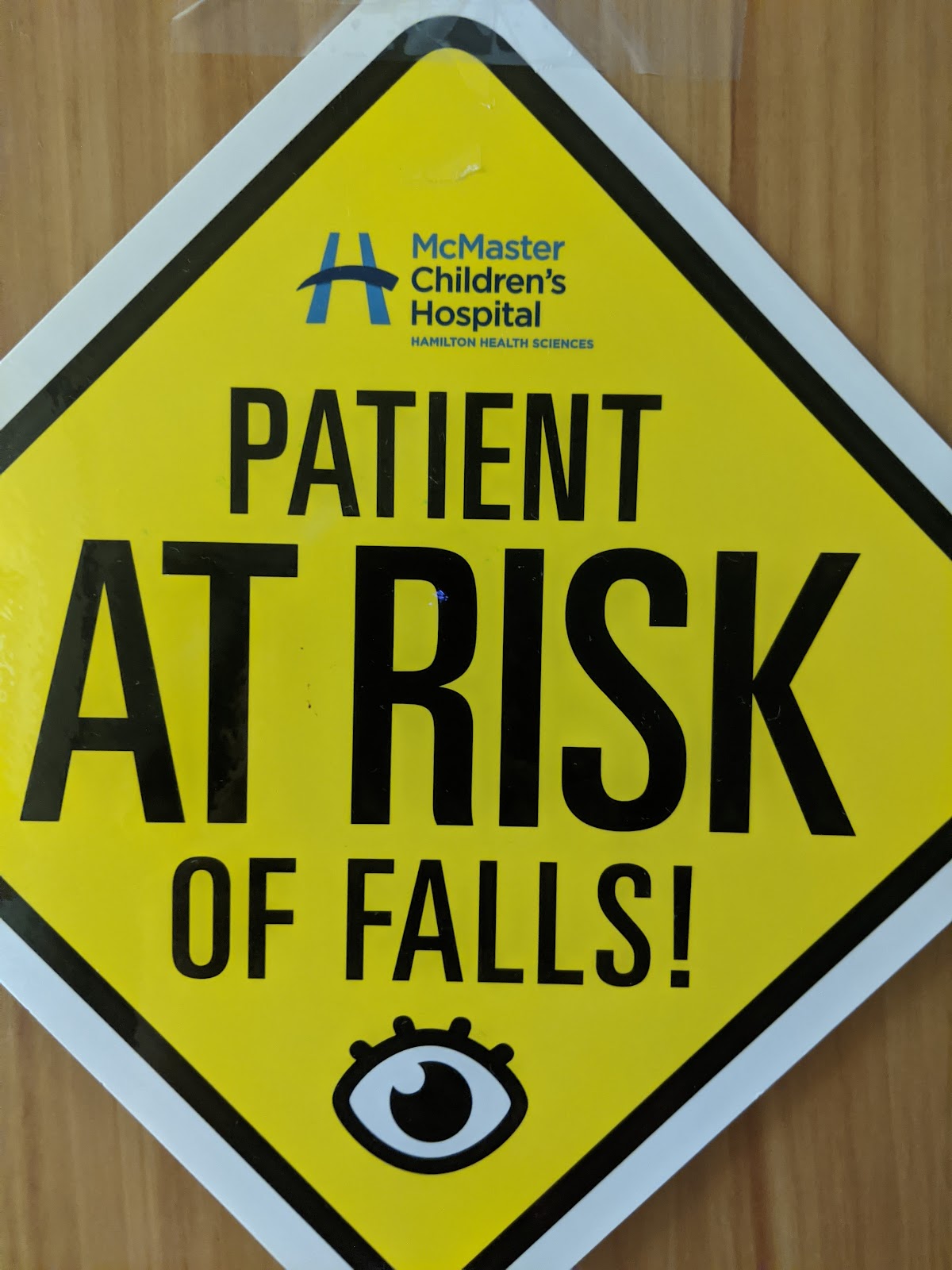