I was awake this morning getting ready for the trip to the hospital when I got a message from Peter asking what time we leave.  I realized then that he had intentions of seeing us again.  Sure enough less than an hour before we were due to leave he came by.  Even after the goodbyes yesterday he wanted to have a bit more time to assist Marlon with his breath.  Peter believes strongly in the importance of proper breathing.  From what I have seen, Marlon could really benefit if he would use his breathing to his advantage.  However, when he woke up this morning he was in tears because his headache was even worse than yesterday.  He felt horrible all over.  I don't think Peter got a chance to be with Marlon much this morning.  To be fair I did warn Peter that Marlon is not receptive to much when he first wakes up.

Once at the hospital he did agree to take some Tylenol.  I think it did help a bit and the headache eased up.  Hopefully it is done for now - headaches can be a side effect of the LP (lumbar puncture) procedure he had on Tuesday.

He started to perk up a bit after we got home from the hospital.  He ate lunch, kept it down, and seemed to be doing pretty good.  It was a peaceful afternoon.  He didn't move much from his chair but I did manage to get him outside for a little walkabout. Supper went well and other than being cold at bedtime he was content and felt ok.

We are both happy to have 3 days off from the hospital.  And without the feedings throughout the night, I am hoping to get some uninterrupted sleep. 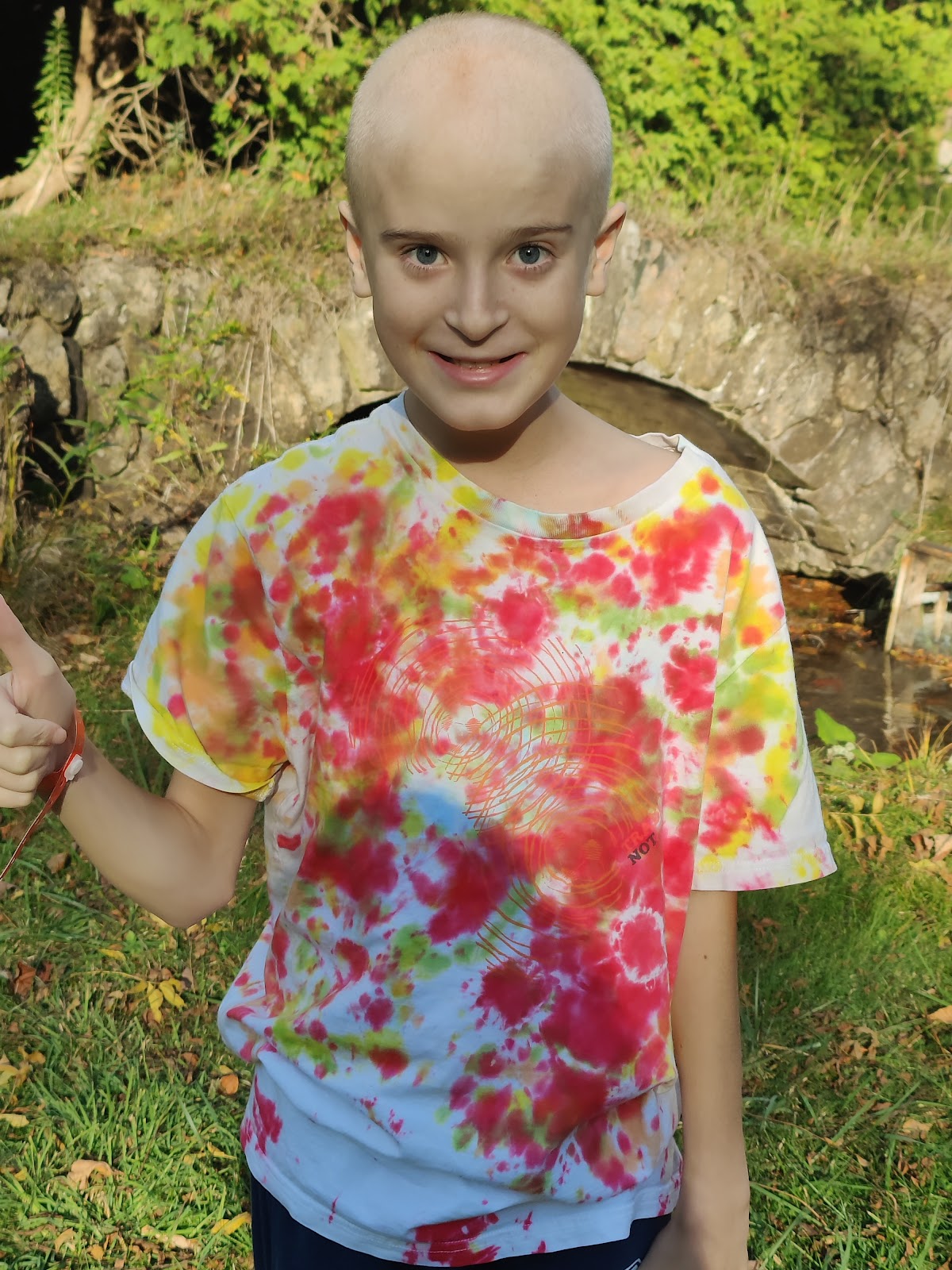 Today Marlon got an email from his friend with a picture of his fresh, short hair cut.  I laughed when we saw it as the boy was wearing his tie-dye t-shirt and Marlon was wearing his when he saw the picture.  He didn't want to smile for the picture but I caught him when he was telling me to hurry up so it sort of looks like a smile.