This morning I was celebrating Marlon having three days without throwing up.  What an accomplishment!

I did have to wake him up to get out the door for our trip to the hospital.  He gets very grumpy when he is awoken.

The appointment went well, had the chemo, met with some team members (physio, dietitian, doctor, several nurses), and then went for the sedation.

I don't think I will ever get used to that.  You see the creamy, white liquid being pumped into his port, he may try to say something, his eyes flutter, and he is asleep.  So fast, so easy and so eery.

Because of the sedation he hadn't had anything to eat or drink and was hoping to get a fast food burger after.  He didn't waste time once we picked it up with Louise in the driver's seat.  He enjoyed his food.  After a while he said he was going to be sick.  Oh no.  Bent over the container and then he is calling me and he basically spits out his feeding tube.  Yikes.

In my style, I panic, and though we are about halfway home, Louise turns the car around prepared to drive us back to the hospital.  Meanwhile Marlon is hunched over, with the tube through his nose, hanging out of his mouth, and still attached with tape to his cheek.  Louise agrees that, yes, I can pull it out, which I do.  I decide we may as well keep going home so we turn around again.

The rest if the ride was a rough one with Marlon throwing up again and just in that 'comatose' state, where even saying one word is too much.  He goes straight to bed, throws up several more times, heaving again and again and finally falls asleep.  Poor boy.  He is so distraught and it is so hard on him, so hard to witness, and so disappointing.

He sleeps for several hours and is still feeling off when he wakes up but perks up a bit, has some pasta salad and a drink. Nope, not staying down.  Though after that he was able to eat and keep it down.  He then wanted to make the best of eating and drinking before the tube is reinserted.  At bed time he was very concerned and upset by the thought of the tube getting pushed through his nose.  He was also chatty and awake.

All over the place! Emotions! The highs and the lows, and the swinging up and down during the day.  Sure is hard to consider making plans when we don't know from moment to moment how he will feel... 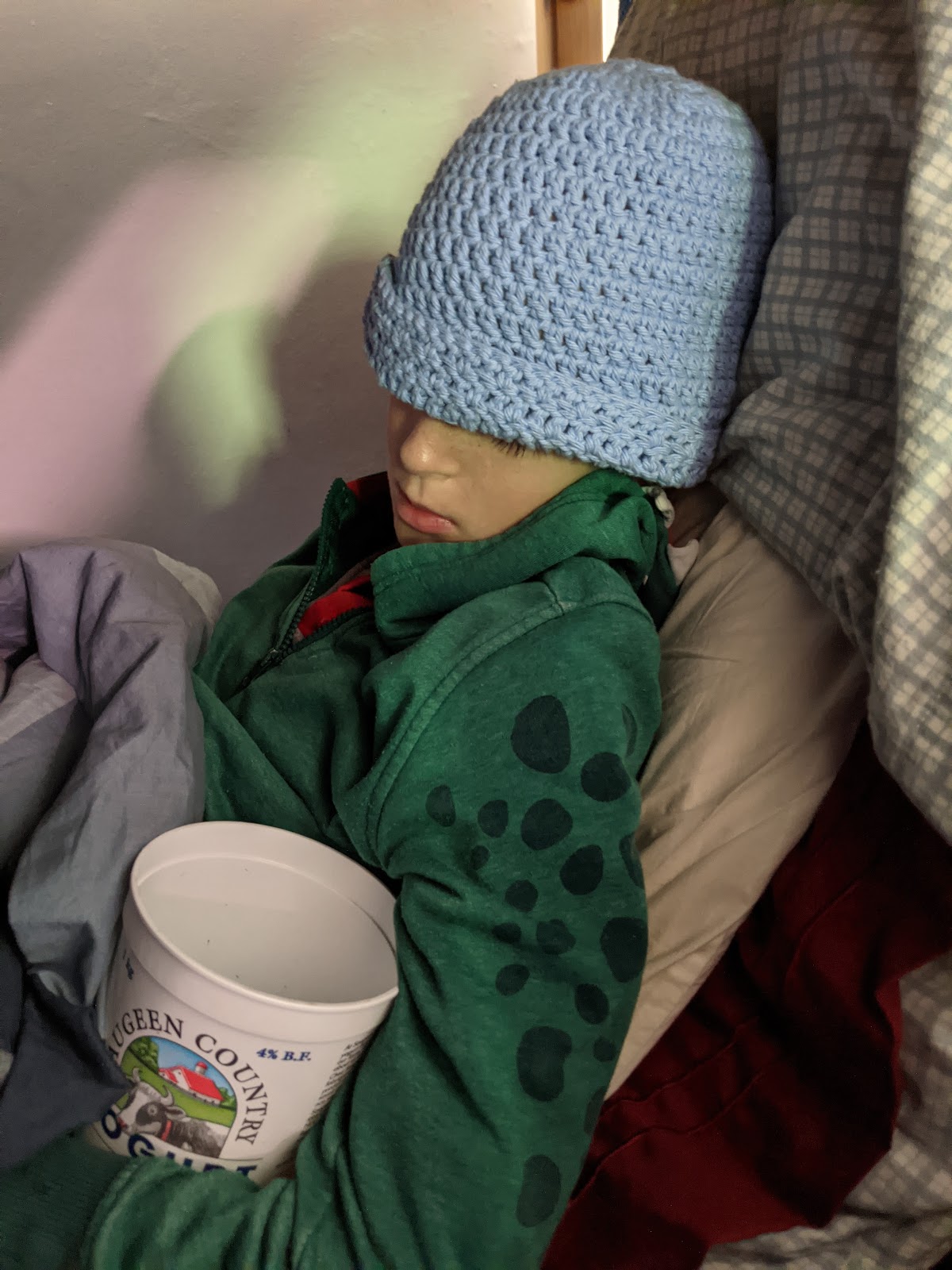 Conked out, sitting up. Lying down had him throwing up again. 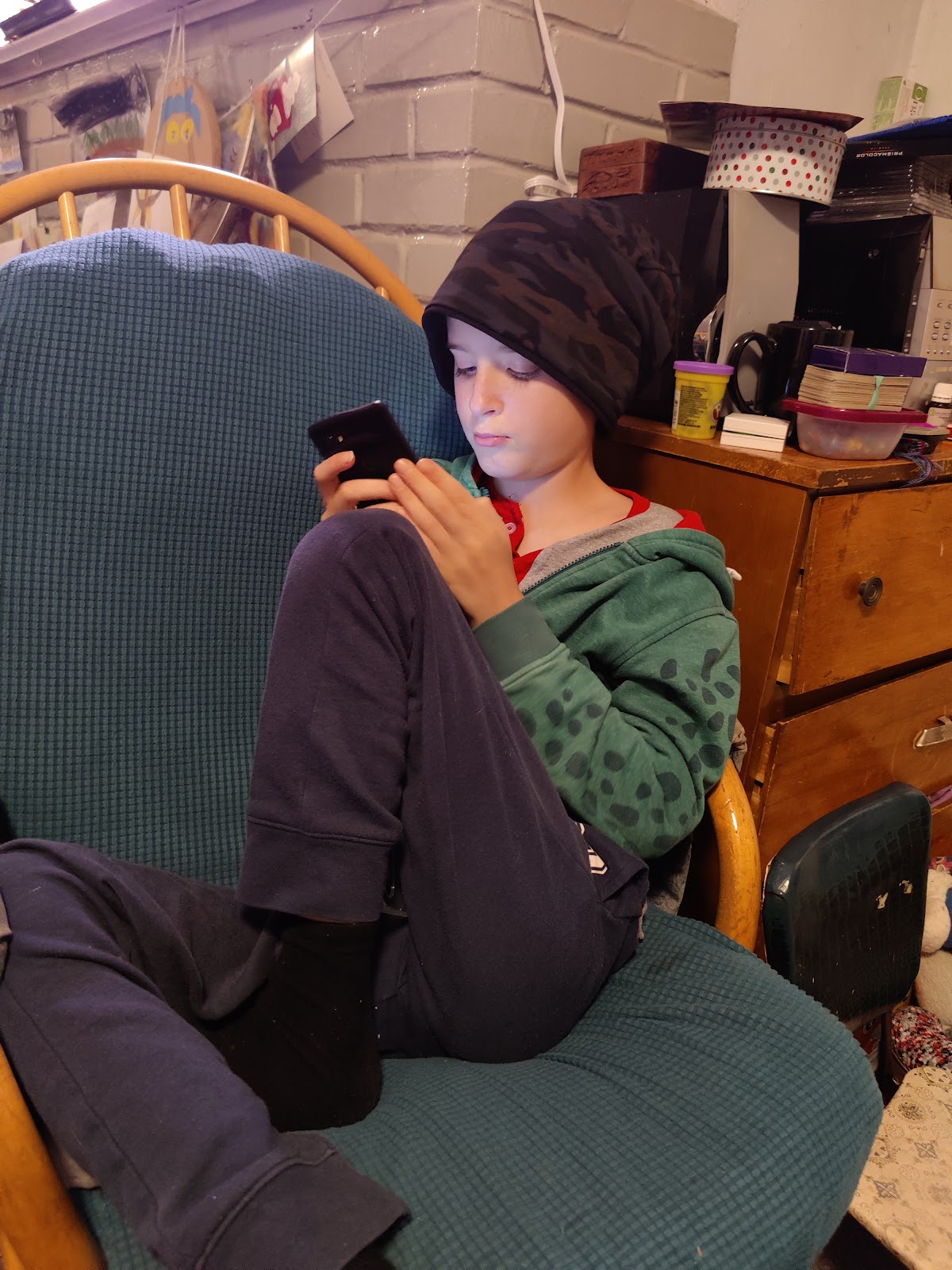