During the night, on one of his trips to the washroom, Marlon commented on how lucky we were to have an extra family member with us to celebrate Thanksgiving when so many aren't able to during these times.  Sure it wasn't to be the big dinner at my sister Olivia's but we would still have a good meal.

After breakfast which was the baked apples Marlon had requested, he wanted to make a pumpkin pie but since we didn't have a pumpkin, we settled on an apple crumble.  He looked at the recipe I have for a 'press' crust and was looking at what to do and then that was about all he did for the day.  He walked back to his chair and said he couldn't help out after all.  His legs were sore and he had no energy.  I was not expecting much energy wise from him today after the full day yesterday.

For the most part, he just sat and listened to audiobooks.

The rest of us all helped to make dinner in one form or another.  We also did some things outside.  A pleasant day.  I am grateful that while Marlon was exhausted (and still had a headache) he was relatively comfortable to just hang out.  None of the major discomfort of the past while.

At one point Marlon was talking with Peter about books and walked over to the bookshelf to pick up a 3 book box set.  It knocked him off balance and he fell backwards on his butt with a thump.  He didn't move for a while and said his back was sore from the jolt of the fall.  It was still sore at bedtime but he didn't complain much about it and was still mobile.

Dinner was nice and Marlon thoroughly enjoyed his meal and I was surprised how much he ate.  He asked for the 'big bone with a bunch of meat on it', aka the leg, and that is what he got.  He really liked Linsy's mashed potatoes, almost as good as his uncle Jamey's.

Back to the hospital in the morning but it was so nice to have a weekend away with some great experiences. 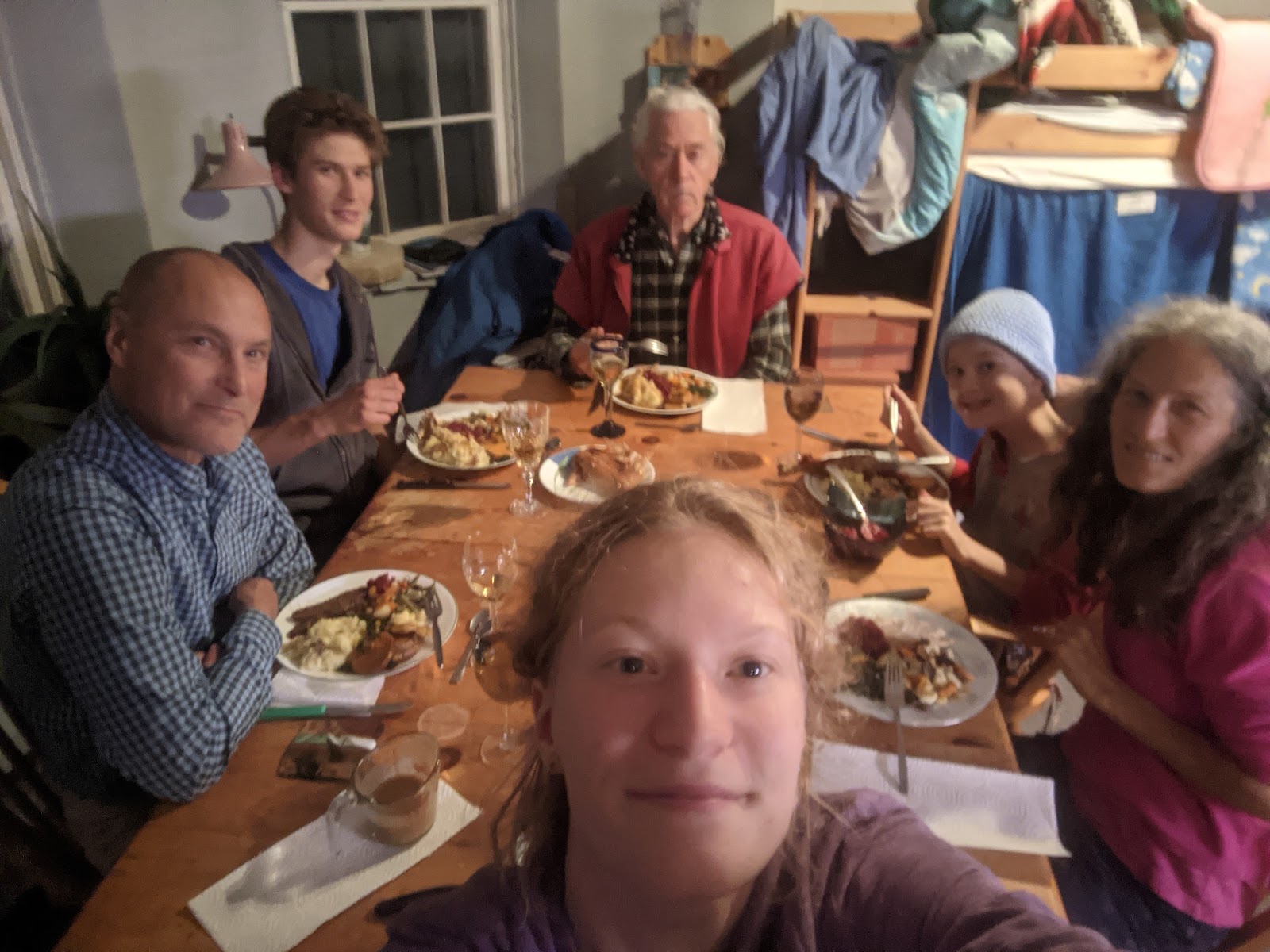