We got up early this morning to get to hospital for 730.  Luckily Marlon didn't have to take pills because he was being sedated so no food or drink.  He was whiny and feeling bad.  Finger poke and then to clinic.  His weight was down again.  We spoke of him getting a feeding tube and I was surprised when the doctor said it would mean being admitted for a few days.  Marlon asked about the pain level and whether he would be able to take all his pills via the tube.  The doctor went off, spoke with the pharmacist who said, while not ideal, the imatinib could be crushed, dissolved, and into the tube.  Everything else no problem.  Marlon said yes to tube.  Doctor asked me and I said it was his choice.

After a while he was brought into the room where they put the sedative in via his port and he dozed off.

I met Louise, our driver, outside as I had left my bag in her car thinking we were going back with her.  I got back to the room just as Marlon was waking up.  He grabbed for the tube and started to pull.  The nurse, Cheryl, and I both lunged to stop his hand.  Got there just in time.  I was surprised how fast he woke up this time and how aware he seemed.

Marlon was admitted and we were put in a room with someone else (the first room we stayed in).  Just about to get Marlon on the bed and I noticed two signs on the door stating a severe nut allergy.  I eat a fair amount of nuts, had eaten some not long before and had some in my bag.  So we were taken to another room.  This is a room with a curtain down the middle.  Two beds on one side and two on other.  Marlon was put on one side and there are two girls on the other. If another male is admitted he will be put next to us.

The drugs to be put in tube were brought along and the nurse said the pharmacist said he really should take the imatinib by mouth.  The biggest pill and Marlon was so upset.  NO!  We injected the other drugs into the tube and I was coached on the feeding tube (NG).  And Marlon did take the pill by mouth.  He snacked a bit but when supper time came he had no appetite.  Still too full and though they had given him things to get the bowels moving, nothing had come out yet.

Later in evening I went with him and he spent a long time on toilet to see if anything could be coaxed to come out.  Nope.  After about 20 minutes we get up.  Marlon is walking to sink and falls to ground landing on his knee. His leg just gave out on him. We are together on the floor for a bit before I go to get help.  Two nurses help him get back up and we get him back to room.  His knee is fine.

Peter and Linsy came to hospital this evening with clothes and snacks and stuff for us.  Nice they made the trek down.

I can't say I planned on sleeping in the hospital again. And I think we would both rather be home but I do see that we are at a stuck point and Marlon needs help.  So here we are… 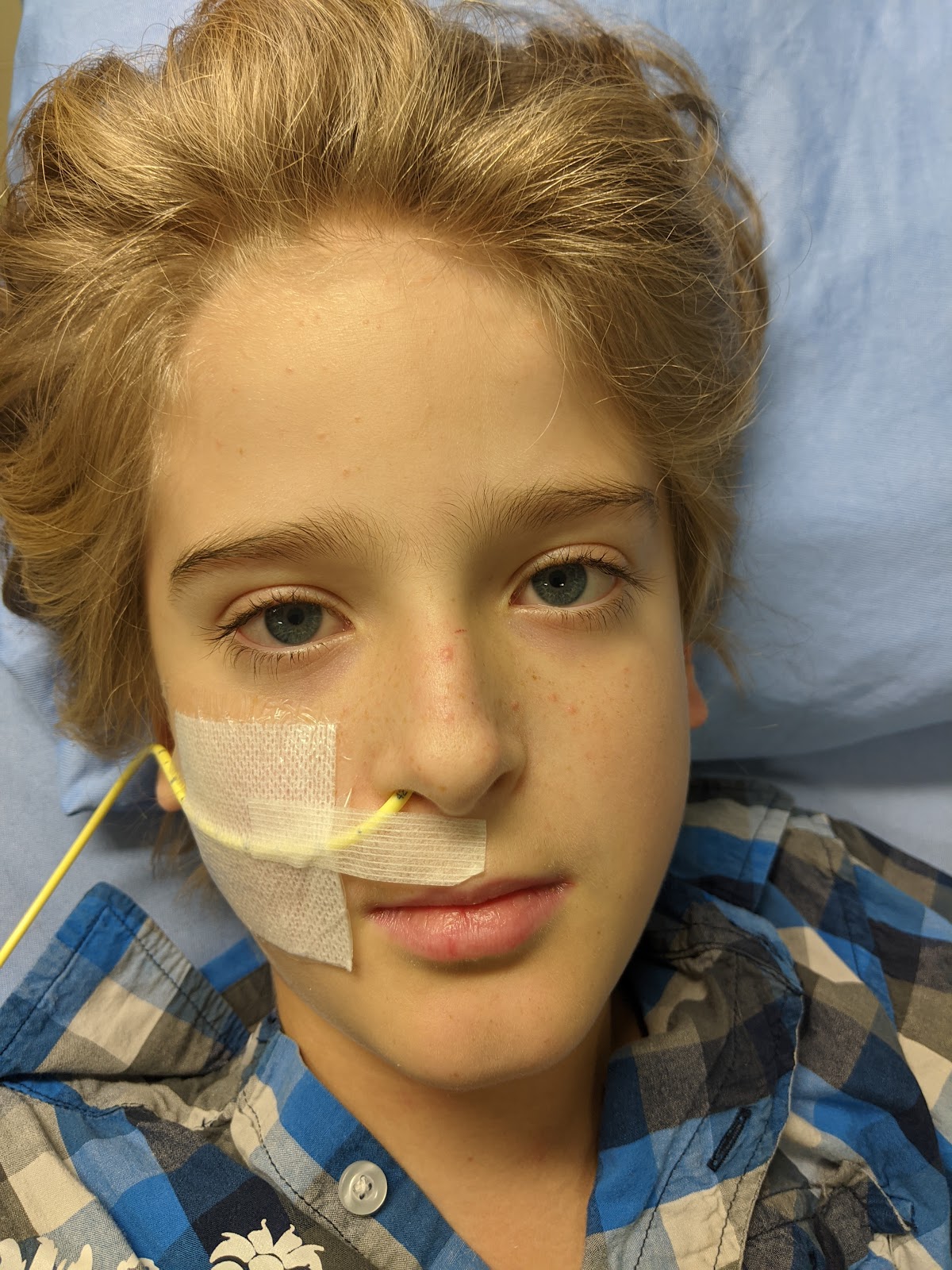