To be expected I suppose, that today wasn't the best.  He is almost always animated around meals and food but otherwise, it was a pretty low day for Marlon.  After breakfast, I left for my appointment to sort out issues with my SIN card.  Before I came back I had strict orders to make sure I brought more garlic stuffed green olives. While I was gone Marlon was in bed resting.

He felt a bit better after lunch but didn't do much or move much.  Later in afternoon, we took him for a short test drive to get a sense of how it might be tomorrow.  He is not looking forward to all the driving.

I think perhaps I have been a bit more bold and adding sometimes as many as 3 pills to each bite of ice cream.  Backfired today.  He had taken a couple down and next spoonful I could just see him exploding.  He got a taste of it.  He took a bite of food, guzzled some of his drink but it didn't work.  The food he had eaten thus far and his pills came right back up.  After that he felt pretty bad for a while again.  Eventually he got the necessary pills down, ate supper, and even had a piece of the yummy apple pie our neighbour made for us today.

I think maybe he drank a bit better today.  Realistically not nearly the amount they expected of him in hospital.

The cat woke Marlon up in the night.  He doesn't like the weight of Mojo either on him or pushed up against him.  I keep trying to keep him off the bed.  More and more barricades.  I have suggested that Marlon sleep on the top bunk but he isn't sure he would be able to climb up to it nor get down safely.  Sometime... In the summer when his sickness started he was spending a fair amount of time on the top bunk but just before diagnosis he was no longer able to climb it. Either way sure would be nice to sleep through the night.  He's only had one really good sleep since coming home.

Picture shows the bribery bed I made for the cat to stay out of Marlon's, and some of the barricades 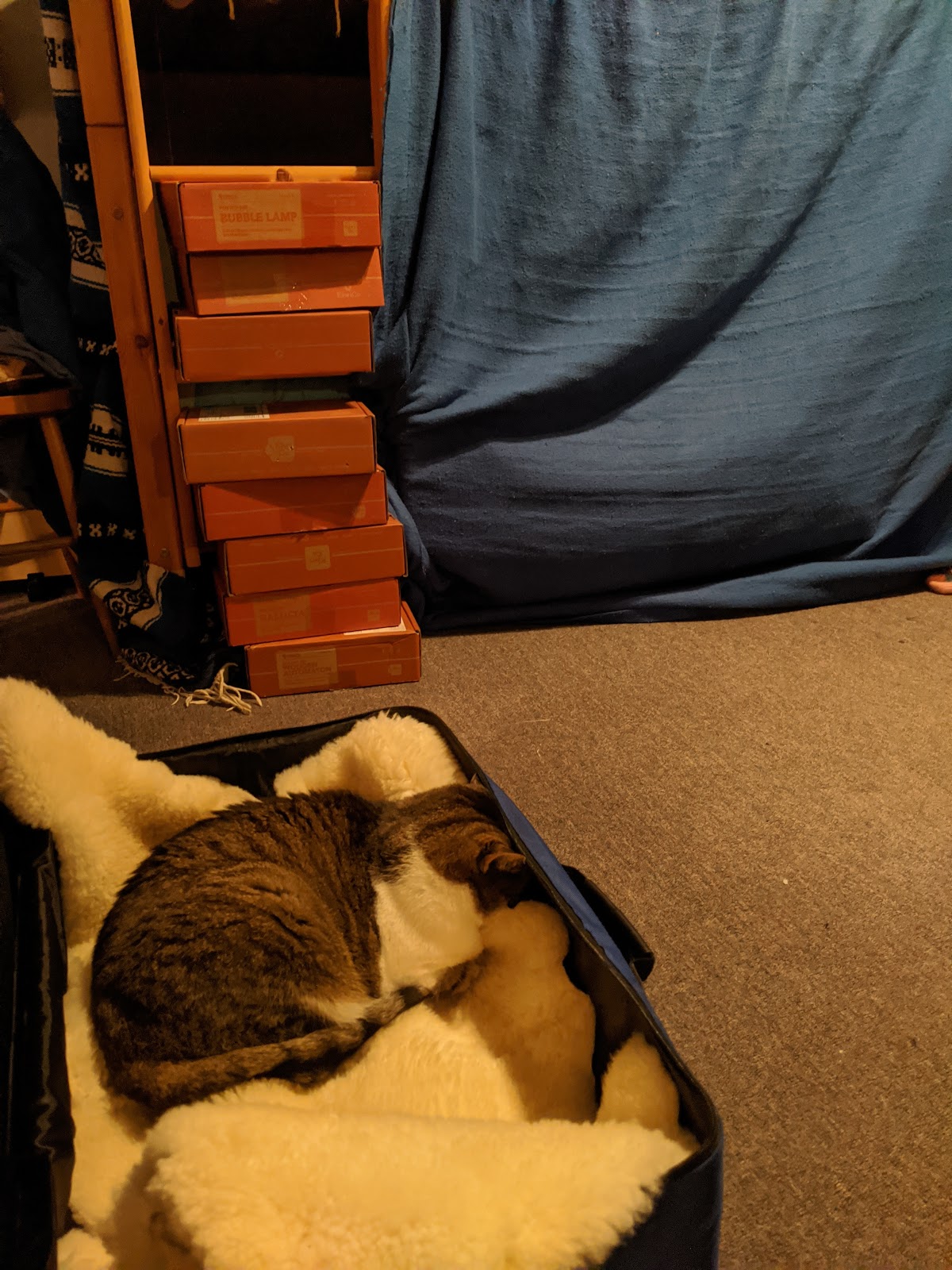